The US Food and Drug Administration (FDA) is calling for a ban on indoor tanning beds by minors plus other measures that aim to make the devices safer.

The first proposed rule would restrict use of sunlamp products to individuals aged 18 and older. In addition, before their first tanning session and every 6 months thereafter, adult users aged 18 and older would have to sign a risk-acknowledgement certification that states that they have been informed of the risks to health that may result from the use of sunlamp products.

The FDA also issued a second proposed rule that would require that sunlamp manufacturers and tanning facilities take additional measures to improve the overall safety of these devices. Specifically, some of the key proposed changes would include:

The proposed device restriction would apply to manufacturers and tanning facility operators. There are approximately 18,000 to 19,000 indoor tanning salons and 15,000 to 20,000 other facilities, such as health clubs, spas, and other commercial establishments, that offer tanning services in the US.

The proposed rules are available online for public comment for 90 days.

The proposed restriction and updated performance standards are two of the latest steps the Department of Health and Human Services is taking to reduce the risks associated with skin cancer. In July 2014, the Office of the Surgeon General issued a Call to Action to prevent skin cancer, which included strategies for reducing indoor tanning among minors.

“The American Academy of Dermatology (AAD) applauds the FDA for taking a monumental step to protect the public’s health by proposing new regulations governing indoor tanning,” says AAD President Mark G. Lebwohl, MD, professor and system chair of dermatology at Mount Sinai Hospital in New York City, in a public statement. “We encourage the FDA to finalize this proposed rule, as it would be a historic victory in our nation’s fight to eradicate skin cancer.”

The American Society for Dermatologic Surgery Association (ASDSA) is also on board with the FDA’s proposed measure.

“The American Society for Dermatologic Surgery Association will actively support the FDA’s efforts to protect young people from the hazards of indoor tanning,” says ASDSA President Naomi Lawrence, M.D., in a news release. “Prohibiting access to indoor tanning for minors will make a significant difference in reducing their risk of developing skin cancer.”Lawrence is a dermatologist in Camden, NJ.

Could That Old Mole Be Skin Cancer? 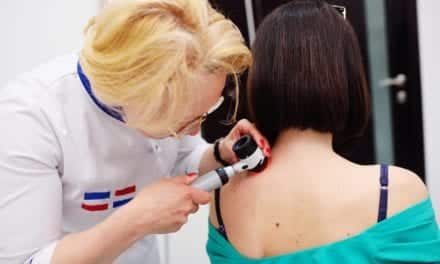