The Impact of Deceptive Photography on Our Profession 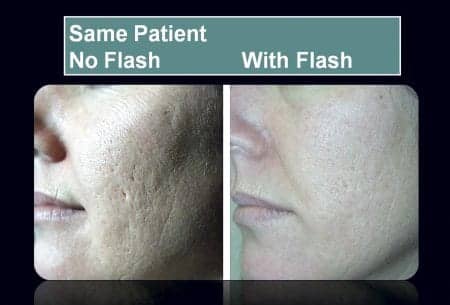 At a recent major cosmetic surgery meeting, I was doing one of my favorite things: touring the exhibits. This is truly the candy shop for practitioners, and it is always interesting to see the newest devices, instruments, machines, and technology.

During the meeting, I was sitting with several surgeons and the subject of deceptive photography came up. Why? Because everyone at my table had noticed the same thing in the exhibit hall: Many of the vendors were using very poor-quality before-and-after pictures. An uninformed buyer might purchase a machine thinking she could get these same results. Although it is one of my biggest long-time clinical pet peeves,1-9 I was surprised and intrigued that my multispecialty colleagues noticed it enough to make mention.

Some very new cutting-edge and bleeding technologies appear every year, and it seems that today’s technology, devices, machines, etc, are hyped in a much more flamboyant manner than a decade ago. Product information does not simply trickle down the surgeon pipeline as in the past—it is propelled at supersonic levels by media and industry. In recent years, it seems that no product is ever introduced that is simply “good” or “effective.” Instead, marketing superlatives reign. Every other device or machine is now called “revolutionary,” sometimes bordering on miraculous.

We seem to be flooded with devices and therapies that offer “maximum improvement” with “minimal downtime,” devices that “are totally safe and can’t hurt anyone,” and offer treatments that “any physician can do.”

CUTTING EDGE CAN BE GOOD

I am the first to admit that I embrace new technology and truly await the next great paradigm shift. Yet, it would appear that every new device, machine, or therapy is billed as a paradigm shift. In my 15-year tenure in cosmetic facial surgery, I have seen only a small number of true paradigm shifts: neurotoxins, hyaluronic acid fillers, the CO2 laser, and endoscopic surgery.

All too often, many of the so-called miracle procedures that hit the market quickly fade into the background of “it did not do what they said it would do.” I have written on this subject, as well.10-11

I’m not just railing against new technology or the companies that deliver it. New technology can be exciting, and I love it. My discussion is more of a criticism of the accelerated and often unproven hype that is associated with any given technology.

No one would argue that many of the new minimally invasive technologies provide positive changes. Most will agree that sometimes these changes are difficult to document with standardized clinical photography. Frequently, I talk with clinicians who say, “I am so frustrated. I am doing fractional laser (or whatever technology), and my patients can tell a difference, my staff can tell a difference, and I can tell a difference. But I cannot capture the differences in a before-and-after picture.”

Some of us have more of a surgically oriented practice, and our patients expect big changes. Personally, if I cannot show my patients a significant difference in their before-and-after pictures, they will probably be unhappy. My main surgical procedures are facelift, eyelid surgery, aggressive CO2 laser resurfacing, facial implants, and brow lifting. Having said that, I have many friends from other specialties who perform more minimally invasive practices, and I believe their patients are more accepting of small changes. By this I mean that I may perform a fractional laser on a patient and they would complain, whereas my dermatologist buddy next door may do a similar treatment and her patient may be thrilled that they can see a few small lines have improved—home run for her patient, but discontent for mine.

This merely highlights that small procedures may be beneficial but not be outwardly noticeable, especially with clinical photography. Testament to this is attending conferences where physicians present before-and-after pictures. It is now very common to see the use of arrows or circles to indicate an area (or areas) of improvement. Opponents to this practice may say that if you have to show the improvement on the picture with an arrow, is there really an improvement? Proponents would say that you may not be able to see gross improvement in that picture, but the patient is very happy.

What does all of the above have to do with aesthetic medicine vendors and digital photography? The answer is a lot. Most vendors use images taken by physicians. Unfortunately, some of the best surgeons are also the worst photographers. I am amazed by the degree of shoddy and nonstandard clinical photography that permeates our industry and profession. All doctors should realize that their pictures represent them and their work. If a doctor does not pay attention to detail and has deceptive or poorly standardized before-and-after pictures, then perhaps they don’t pay attention to details in their surgery.

What a lot of surgeons (or vendors) don’t realize is that the public is well aware of deceptive or nonstandard photography. Today’s cosmetic patients are very media- and techno-savvy, and I have seen them comment online about the quality of before-and-after images. Poor photography will catch up with one’s reputation.

It is a given: We are surgeons, not professional photographers. However, it takes very little effort to make superior images that are representative of your expertise and ability. The biggest mistakes I see indicate simple laziness behind the camera, which can be corrected by simply following some basic rules that will result in higher-quality before-and-after shots. Several of the biggest violations are as follows:

In order to produce consistent photographic results, you should always use one or more dedicated photographic backgrounds in your office. Nothing is more distracting than to see a before-and-after picture with diplomas, furniture, or clinical equipment in the background. A suitable background can be a solid painted wall or poster board on the back of the room door. It does not take much effort to ask a patient to get out of the chair and stand up against a standard background.

This is hands-down the biggest offender and single-most-important contributor to intentional or unintentional deception. The oldest trick in the book for faking a treatment result is to take the “before” picture without a flash or in low light, and then take the “after” picture with a flash or in concentrated light (Figure 1 and 2).

Wrinkles, acne, defects, fat, cellulite, varicose veins, and just about everything else that is three-dimensional looks worse in low light and better in bright light. Every day I see a journal, product brochure, or surgeon’s Web site publish a picture of a mini-facelift, fractional laser, acne treatment, cellulite, or lipo treatment, and the “before” picture has so obviously been taken without a flash and the “after” picture has been taken with a flash. The result looks amazing, when of course the result is minimal. It is all smoke and mirrors.

This may happen because the photographer is merely naive or inexperienced with a camera, but it also happens intentionally, and that is simply unethical. It would be great if all marketing images had to pass before a review board in order to be acceptable. Physicians who truly care make up their own review board.

All of us have pictures that are not our best or even adequate quality. Maybe there was an equipment problem that day. Perhaps a new staff person took the pictures. The color or lighting may be slightly different because the picture was taken in two different rooms or with different cameras, etc. But there are plenty of surgeons who have no excuse at all when their clinical photography is consistently poor.

The biggest problem with the “flash-no flash” scenario is that it can lead viewers to believe the pictured procedure has extreme improvement potential. Patients may see this seemingly dramatic wrinkle or acne scar improvement and use their hard-earned cash to undergo a procedure that can’t possibly deliver the results portrayed in the deceptive image.

Surgeons can also be fooled by poorly photographed or deceptive images. A vendor may, indeed, present a photo of a patient made under the flash-no flash scenario, which may lead the physician to purchase a laser or device so they can provide the same results to their patients. This results in pictures that do not represent reproducible outcomes. Although experienced surgeons might not fall for this scam, novice clinicians may buy that device because there are several pictures that show amazing results.

I have seen friends waste $100,000 on a device that they purchased in part because the before-and-after images were so dramatic and they could portend these results on their patients. Unfortunately, the pictures are misleading, they never see the suggested great results, and now want to get rid of the device. I have also seen the same thing happen when a vendor allows surgeons to use “company” before-and-after pictures on their practice’s Web sites or marketing materials.

Another great scam in facelift, necklift, or facial liposuction surgery is to take the “before” picture with the chin pointing down to the floor, then take the “after” image with the chin pointing up toward the ceiling. Voila! Instant facelift or nonsurgical skin-tightening result that looks much better than it would if the patient was photographed in the Frankfort horizontal plane in both images.

Unfortunately, reputable surgeons, companies, and journals continually feature images that are obviously tainted by inconsistent position between the “before” and the “after” image. I also see this with body-contouring procedures, such as liposuction, in which a patient is photographed with hands at their sides in the “before” picture and hands over their head in the “after” picture. Of course it looks better. The same can be said about abdominal procedures where the patient is shown in two distinctly different postures, and in the “after” picture they are sucking in their gut.

Having the same person with a large head in the “before” picture and a smaller head in the “after” picture (or vice versa) is also a common but sloppy mistake. I am continually amazed when someone presents a great result at a scientific meeting and the patient’s head (or body) is twice as small in one of the pictures. What were you thinking? It only takes seconds to make the pictures the same size. Few things are as detracting from a nice result as differing image sizes.

There have been documented cases of surgeons and vendors “photoshopping” their images to fake a better result. That should be punishable. We all want to show off our work, but ethics in clinical photography demand a strong commitment to standardization. I personally think this unfortunate practice is getting out of control.

Poor images defraud the public and sap our credibility. More than ever, educated patients are now on the alert for shoddy pictures when considering physicians. We also need to put some pressure on our journal editors and vendors to be more selective with what they allow to pass as a before-and-after image in their journals, brochures, and other media. We don’t have photo police, but every time you take a before-and-after picture you should pretend they are watching.

There are many ways to make an image look better than the actual result, and we all need to pay attention to this, as well as insist upon more standardization in our profession.

Joseph Niamtu III, DMD, is a board-certified oral and maxillofacial surgeon whose private practice in Richmond, Va, is limited to facial cosmetic surgery. He can be reached at . 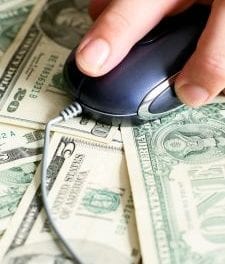 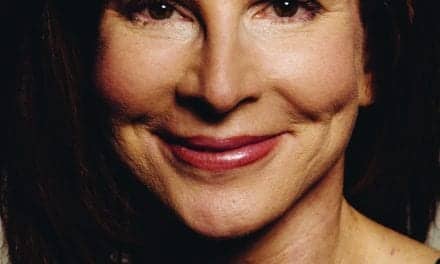 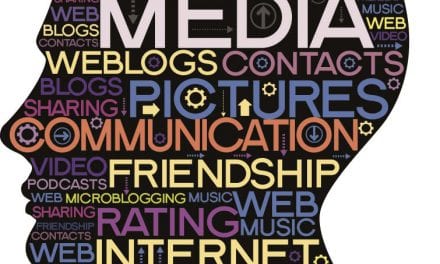