New Software Improves Quality of Care in the Operating Room 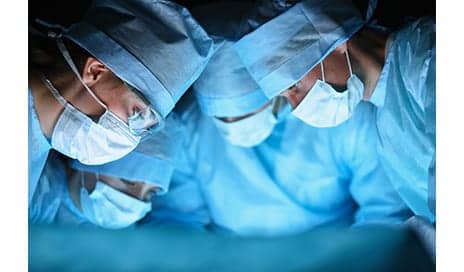 People undergoing surgery are at risk for harm due to medication errors. A new approach to managing and documenting how medications are administered in the operating room (OR) improves patient safety and clinicians’ workflow efficiency, according to a new study led by researchers at Massachusetts General Hospital (MGH) in Boston.

The results of this investigation, the first of its kind, appear in the Journal of the American Medical Informatics Association (JAMIA) and could lay the foundation for sweeping changes in how anesthesia and other medications are delivered in the OR.

In recent years, widespread efforts have been made to reduce the incidence of medication errors in hospitals. However, while a drug administered to a patient in a hospital ward goes through multiple levels of electronic and human checks to confirm that it’s safe and appropriate, that’s typically not possible in the surgical suite, says MGH anesthesiologist Karen C. Nanji, MD, MPH, a clinician-scientist who studies medication safety.

“Most of the safeguards to prevent medication errors that exist in other areas of the hospital aren’t available in the operating room,” says Nanji. During surgery, the pace of action is often brisk, and a patient’s condition can change rapidly.

Most surgical patients receive many medications—about 10 to 13 per operation, says Nanji. A 2016 study by Nanji and colleagues found that about one in 20 medication administrations related to surgery contained an error. With the high volume of drugs these patients receive, that means at least one medication error may occur in more than 40% of operations.

To address this problem, Nanji and colleagues developed a novel clinical decision support (CDS) software platform that is designed to reduce harm due to medication errors in the operating room by more than 95%. The CDS software has several key features. It is fully integrated with the electronic health record and vital sign monitors, and it runs in real time on operating room computers.

The barcodes on syringe labels are scanned immediately prior to administration, which provides real-time, patient-specific information on the doctor’s computer monitor, including alerts for allergies, suggested doses based on the patient’s medication history, and reminders for important medications or tests that may have been missed. The software can also determine whether a medication is compatible with a patient’s current heart rate or blood pressure.

For the JAMIA study, Nanji and her team recruited 40 anesthesia clinicians to participate in simulated surgical procedures using a training manikin (or lifelike simulated patient). Half used existing standard protocols for medication administration and documentation, while the other participants used the new CDS software during the simulated surgeries. All groups were asked to perform basic tasks, such as administering and documenting medications commonly used in the operating room and responding to a drop in blood pressure. The simulated procedures were recorded on audio and video.

A comparison of the two groups found that clinicians using the CDS software worked with far greater efficiency. They spent 20% less time documenting their work, which required 50% fewer mouse clicks and half as much scrolling on screen. The clinicians who used the CDS software also provided better care: The simulated patients in the CDS group had more tightly controlled blood pressure, which reduces the risk for cardiac and kidney harm during and after surgery.

Clinicians in the CDS group were also more likely to adjust doses of pain medication correctly in simulated patients with underlying kidney disease. Importantly, they rated the system as easier to use, as well; the CDS software received a “usability score” that was double that of electronic health record software.

Nanji hopes that the appeal of greater efficiency in the OR will give clinicians additional incentive to use the new CDS software, which will lead to improved patient safety. Nanji is working with hospital system Mass General Brigham to bring the software to hospitals across the United States. “Our goal,” says Nanji, “is to make surgery and anesthesia safer for all patients.”

Melanoma Death Rates May Be Rising Among Men