Researchers analyzed infection rate seen following 662 rhinoplasty procedures performed by 3 surgeons from 1999 to 2008. Medpor or Gore-Tex implants were used in 151 cases . Nineteen patients developed an infection, and all of the infections occurred in patients who had implants. In all but one of these cases, the implant began protruding through the skin. The new findings appear in Archives of Facial Plastic Surgery.

Specifically, infections occurred in 20 percent of rhinoplasty procedures in which porous high-density polyethylene (pHDPE ) or Medpor implants were used. In patients in whom expanded polytetrafluoroethylene (ePTFE) or Gor-Tex implants were used alone, the infection rate was 5.3 percent. No complications were seen when the surgeons grafted tissues from the patients’ nose, ear or rib cartilage.

PSP spoke to leading facial plastic surgeons to find out if the study results mirror what they see in practice and whether or not they change how they will approach rhinoplasty in the future.

Oregon Health & Science University facial plastic surgeon Tom wang, MD, is one of the study authors.”I still do use this [Medpor] material, but … the indications, risks and alternatives have to be thoroughly discussed with patients in advance,” he says. “Also, I never use Medpor in contact with the under surface of the nasal skin, so the risk of extrusion is minimized,” he says. “Since our findings, we only use it within the septum and the rate of implant exposure has significantly decreased.“

The findings confirm what New York City facial plastic surgeon Steven Pearlman, MD, has seen in his practice. He does not use the Medpor implants, but arguably only sees revision patients after complications have occurred. Pearlman feels strongly that these implants should not be used as a columella spread. “ If someone is a revision rhinoplasty patient and needs a lot of support, I would prefer to use cartilage from their own rib, and my second choice would be cadever tissue.”

Robert M. Kellman, MD, President-elect of the American Academy of Facial Plastic & Reconstructive Surgery and the Professor and Chair of the Department of Otolaryngology & Communication Sciences at SUNY — Upstate Medical University in Syracuse, NY, prefers autograft material when significant dorsal augmentation is required. “I believe that using cartilage harvested from the patient (autograft) remains the safest approach though there are some surgeons that would argue that autografts also have their risks including donor site morbidity and risk of absorption of the graft over time,” he says. “On the other hand, some patients are unwilling to have a graft harvested (particularly when rib is needed), in which case the surgeon has little choice but to use something off the shelf.”

New York City plastic surgeon Yael Halaas has never used Medpor implants due to infection risk and the difficulty removing them. “The Medpor is porous so it integrates itself into the body’s tissues. I have always used silicone-based implants which are solid, do not migrate and have a very low infection rate,” she says. 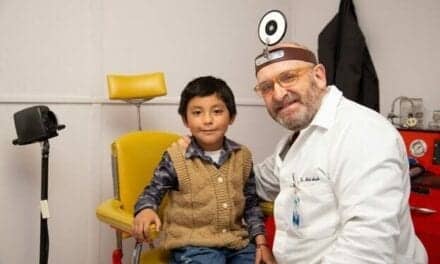