In this strategic role, Devgan will dedicate a portion of her time to RealSelf, as a spokesperson and as counsel on services and practices to further support the company’s mission to help consumers make more confident decisions and connect to the right medical professionals. RealSelf welcomed 94 million consumers from around the globe in 2017 and actively engages more than 23,000 doctors and other medical professionals in the RealSelf community.

“Adding a Chief Medical Officer to the RealSelf team adds important perspective and expands our commitment to transparency and empowering consumers to make smart, confident decisions about cosmetic treatments,” Seery says in a media release. “Dr Devgan brings an incredible range of experience along with deep commitment and passion for RealSelf and for educating consumers and reducing stigmas.”

“RealSelf has introduced important transparency to the world of aesthetics and I am excited and honored to join the team as their first Chief Medical Officer,” Devgan comments in the release. “In today’s world, there is no universal definition of beauty and more people are exploring aesthetic services than ever before. I look forward to working with RealSelf and its growing network of medical professionals to provide consumers with accurate and reliable information to further demystify aesthetics.”

Based in New York City, Devgan received her bachelor’s degree from Yale, her medical degree and master’s of public health from Johns Hopkins Medical School, and completed her residency and fellowship in plastic and reconstructive surgery at New York Presbyterian Hospital, the University Hospital of Columbia, and Cornell. She is a Diplomate of the American Board of Plastic Surgery, a Fellow of the American College of Surgeons, and an active member of the American Society of Plastic Surgeons.

Devgan also owns and operates a laser and injectables-focused medspa and has developed a medical-grade skincare line, Dr Devgan Scientific Beauty. She hosts a weekly podcast, Beauty Bosses, on which she interviews leaders from the worlds of fashion and beauty. Devgan also teaches a quarterly injectables master class that attracts participants from around the world. She is an instructor at Manhattan Eye, Ear & Throat Infirmary and is actively engaged in clinical research.

In addition, she is a frequent commentator on plastic surgery, reconstruction, and aesthetics. She has been featured on The Doctors, CBS News, and ABC News, and has appeared in leading publications, including The New York Times, Newsweek, Elle, Harper’s Bazaar, and Allure. 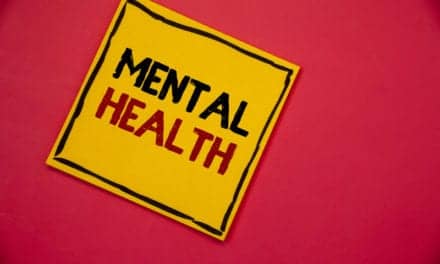 Psychological Distress in Psoriasis May Lead to Dissatisfaction with Clinician