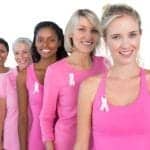 Older women don’t have an increased overall risk of complications from breast reconstruction after mastectomy, a new study shows. That said, risk for venous thromboembolism (VTE) was significantly higher for older women.

The findings appear in the February 2015 issue of Plastic and Reconstructive Surgery®.

On adjusted analysis, VTE risk was nearly four times higher in women aged 65 or older, and more than six times higher for those aged 70 to 75.

Using a national surgery database, the researchers identified nearly 41,100 women who had unilateral mastectomy between 2005 and 2012. Of these, about 11,800 patients underwent breast reconstruction. Women aged 65 or older were less likely to have breast reconstruction: 10.8%, compared to 39.5% for younger women.

The overall risk of complications did not differ significantly between age groups, after adjustment for other factors, the study showed. The risk remained the same for older and younger women undergoing breast reconstruction using implants.

However, after autologous reconstruction, the risk of VTE was significantly higher for older women. On adjusted analysis, VTE risk was nearly four times higher in women aged 65 or older, and more than six times higher for those aged 70 to 75. The overall rate of VTE after autologous reconstruction was just under 1%. Other types of complications were similar between age groups, the researchers report.

Older women are much less likely to undergo breast reconstruction—partly because of a perceived increase in surgical risk, the study authors point out. “Older women considering implant-based reconstruction should be assured that their age is not a factor in determining the risk of complications,” the researchers write. “However, they should be counseled that their age may confer an increased risk of VTE.”

Older women may need special attention to preventing VTE after autologous breast reconstruction—possibly including longer use of blood-thinning medications, the study authors write.