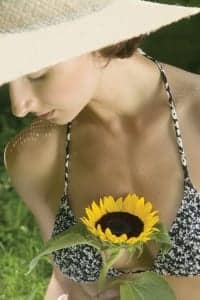 The proper appearance of the breast and the nipple can be very important to women and men alike. An inverted nipple, something that women may notice increasing at the onset of puberty, is something that can be rectified with a simple 15-minute surgical procedure.

Mofid is a staff surgeon at several California hospitals, including Scripps Memorial Hospital in La Jolla, Palomar Medical Center in Escondido, and Sharp Chula Vista Medical Center. In addition, he serves on the clinical faculty of the University of California, San Diego, Division of Plastic Surgery.

PSP: How new is the inverted nipple procedure, and how popular is it?

Mofid: Numerous techniques have been described over the last several decades for inverted nipple repair. In my own practice, at least one to two patients per month request this procedure.

PSP: Are there different types of inverted nipple surgery and different ways of performing the surgery?

Mofid: Virtually all techniques involve some variation of a release of the nipple from its basilar attachments. Fixation (whether internal or external) prevents the nipple from re-retracting during the healing process.

PSP: Which technique do you use in your practice?

Mofid: Typically, I do these procedures under local anesthesia. I make four small pie-crust incisions with a #11 blade circumferentially at the 12 o’clock, 3 o’clock, 6 o’clock, and 9 o’clock positions around the nipple at the juncture with the areola. I place a 2-0 nylon suture through the center of the most inverted part of the nipple and retract the nipple with my non-dominant hand. I then use a blunt tip tenotomy scissor and vertically stretch the tethering attachments at the most inverted point. Once I’ve developed an adequate release, I use a 3-0 PDS suture and purse-string the nipple burying the knot at one of my incisions. I take the first and last bite of tissue in a superficial to deep fashion so that the knot buries subdermally and inverts the knot. The nipple retains its extroversion long after the absorption of the PDS suture. I close the pie-crust incisions with 6-0 nylon suture

PSP: What types of dressings do you use?

Mofid: I use 4-by-4 gauzes with a small hole cut through the center. I avoid any pressure on the newly created protruding nipple by making a little home for the nipple to sit within the silo. I instruct patients that they can change these dressings on a daily basis.

PSP: Is there a time in the women’s menstrual cycle that the nipple would be more conducive to this surgery?

Mofid: Not that I’m aware of.

PSP: What about women who want to have the procedure done because they want the ability to breastfeed?

Mofid: I don’t necessarily think that having an inverted nipple procedure for lactation difficulties is necessarily a good idea. Most women with inverted nipples have short lactiferous ducts that tether the nipple. When the areola contracts due to stimulation, this can worsen the inversion.

The risk with any of the procedures that have been described is that by dividing or stretching the lactiferous ducts, you can potentially disrupt them. This is not to say that all women with inverted nipple repairs are going to have problems with breastfeeding but I do feel that the patient must be adequately counseled about the risk.

If you have a woman of child-bearing age, for whom ultimately the ability to breastfeed is an important thing for them, it would be a controversial position to try to offer them a procedure like this, to try to help them to breastfeed later on. I think that, more appropriately, the patient should be counseled that by having the inverted nipple procedure their capacity to breastfeed might potentially be at risk.

PSP: What would you say is the risk ratio in regard to the inability to breastfeed after the inverted nipple procedure?

Mofid: There aren’t good studies, frankly, that have looked at women that have had inverted nipple repairs to see whether or not they can possibly breastfeed post-procedurally.

PSP: What are the risks involved with the inverted nipple repair procedure?

Mofid: The greatest risk that comes from this procedure is recurrence of the inverted nipple. In my own practice, probably 10% to 15% of patients will have a re-inversion on one or both sides. Usually, it’s unilateral, in which case I usually just repeat the procedure.

PSP: How popular is this procedure internationally?

Mofid: There have been a number of publications on different techniques and several have come from the Far East. It’s safe to say that this is a procedure performed internationally.

PSP: What classification system do you employ?

During the examination, if we can use just gentle finger pressure around the areola, causing the nipple to come out, I label it as a Grade One. If it’s relatively difficult to come out and if after releasing the retraction the nipple rapidly retracts and inverts again, I call that a Grade Two. If the nipple is severely retracted and inverted, and it’s difficult to physically force the nipple into an evert position that’s a Grade Three. All can be corrected surgically. The Grade Three nipple may have a higher recurrence of inversion after the procedure.

PSP: How do you treat the patient’s recovery?

Mofid: The typical patient will come back in 1 week. I’ll remove the 6-0 nylon sutures; the nipple will not uncommonly be bruised. It may crust, scale, and even bleed. Oftentimes, with an inverted nipple, the environment that it’s in tends to be moist, so the nipple is brought out surgically, it needs to become accustomed to its drier environment. It will tend to scale and crust for up to 3 weeks. Within 3 weeks, the newly created nipple starts to behave and look like a normal nipple.

PSP: Is there anything that you recommend to help with the scaling of the newly everted nipple?

Mofid: We use non-prescription Aquaphor for 1 to 2 weeks.

PSP: Is this a procedure that is commonly performed simultaneously with larger procedures?

Mofid: Inverted nipple repair can be combined with breast augmentation procedures. At times, a patient may come in with a unilateral or bilateral inversion and ask for a concurrent repair.

Mofid: Nipple-reduction surgery is a much less common procedure and yes I rarely perform it.

Shelli Merrill is a contributing writer for PSP. She can be reached at plasticsurgery@allied360.com.

Study: One in Three PIP Breast Implants May Rupture