Ultrasound has become one of the most ubiquitous of diagnostic imaging tools, with virtually every surgical subspecialty and most medical specialties—cardiology, vascular surgery, anesthesiology, emergency medicine, orthopedics, gynecology, obstetrics, and more—relying on ultrasound for screening, monitoring, or diagnosing particular problems.

Note that cosmetic surgery does not appear on this list—yet.

“It’s just a matter of time before this technology is adopted. Ultrasound is integrated into almost every other field of medicine but plastic surgery,” says Bradley Bengtson, MD, FACS, plastic surgeon, founder and CEO of Bengtson Center for Aesthetics and Plastic Surgery in Grand Rapids, Mich.

While the modality offers the potential for multiple applications in a practice, Bengtson is focused on the use of ultrasound for assessing silicone implant shell integrity.

In 2006, when the Food and Drug Administration (FDA) re-approved silicone implants, they also recommended that implant patients get surveyed by MRI 3 years after the surgery and every 2 years thereafter. The problem, Bengtson says, is lack of compliance. While there are no definitive studies, Bengtson estimates that compliance for breast implant follow-up with MRI is probably around 1% nationwide.

“No one is going for MRIs,” Bengtson says. “There are some 5 million women with implants due to either augmentation or reconstruction, and we have no way to follow them.”

Cost appears to be the main deterrent. A breast MRI to evaluate implants in Bengston’s market can be as high as $2,500, and insurance companies routinely do not pay for the exam, even for cancer patients. Moreover, while plastic surgeons may inform their patients about the FDA recommendation, they may not actively push those patients to go for the MRI. In fact, Bengtson says, many surgeons rely on their physical exam as the only “tool” for follow-up of implant integrity.

Past American Society for Aesthetic Plastic Surgery President Michael C. Edwards, MD, FACS, a partner at Anson, Edwards & Higgins Plastic Surgery Associates in Las Vegas, says 99% of his patients choose silicone implants, and he is aware of the MRI challenge. He informs patients prior to surgery about the MRI recommendation, and reminds them when they reach the 3-year mark to get an MRI and have a copy sent to him. However, most patients don’t.

“The lion’s share of patients, unfortunately, are not willing to pay the money it costs to have an MRI that looks solely at their breast implants,” says Edwards, who estimates the cost of the imaging exam in his market at anywhere from $750 to $1,250.

To counter the high-cost, low-compliance quandary, both Bengtson and Edwards integrated high-resolution ultrasound into their practices for the primary purpose of assessing implant integrity.

“Ultrasound, at least as a screening tool to evaluate and follow implants, is a necessity.” —Bradley Bengtson, MD, FACS

Ultrasound offers a host of advantages over MRI, say Bengtson and Edwards. The equipment is relatively inexpensive, portable, and easy to operate. Both surgeons invested in high-resolution laptop units that cost somewhere in the range of $25,000 to $35,000.

The key question is: Does the technology work for the purpose? Bengtson has conducted studies that show high-resolution ultrasound technology has enough sensitivity, clarity, and accuracy to detect silicone breast implant shell rupture.

Patients are the ones who benefit most from the technology. For starters, an ultrasound exam is fast, noninvasive, and pain-free. Because it is done in-office, it is convenient and saves the patient time as opposed to scheduling another appointment at another facility for the MRI.

What’s more, ultrasound alleviates the anxiety a patient may have about her implants. “Within 5 minutes I can reassure a patient who has had a car accident, fallen and landed on her chest, or whose implants just feel different or have changed. I can say, ‘your implants are fine,’ or ‘you need to get another study,’?” Bengtson says.

Both Bengtson and Edwards provide the ultrasound exam gratis because they believe in the value of the technology for implant patients. Bengtson views it “as an extension of my physical exam.” However, because shell failure typically does not occur until 7 or 8 years after surgery, he does not start screening with ultrasound on implant patients until year 7.

Edwards has been using his ultrasound unit in-office for approximately 18 months. In addition to surveying for broken or disrupted shells, he uses it to assess new patients who come in for breast revision surgery—which accounts for 70% of his practice. These patients do not recall what type of implants they have, and ultrasound can help determine that.

It is critical to communicate with, and educate, patients about the purpose of the ultrasound exam, both surgeons say. “I tell every patient, ‘I am not a radiologist, and this is not designed to look for breast cancer,’?” Edwards says. “I don’t want anyone to think they don’t need their mammogram because I gave them an ultrasound. It is very important to make the distinction so women know they need to continue to follow their same [cancer] screening guidelines.”

Data and Due Diligence

Ever since the FDA came out with its MRI recommendation nearly 2 decades ago, many plastic surgeons as well as radiologists continue to view MRI as the gold standard for assessing implant integrity. But the MRI’s diagnostic accuracy for the detection of shell failure is not 100%, but rather, typically on average a 90% false negative rate and an 85% false positive rate, Bengston says.

Anecdotal evidence, too, suggests that MRI is less than perfect in assessing shell failure. “If you ask any plastic surgeon, ‘have you ever had an MRI that said an implant was ruptured and you take the patient to surgery and it was not?,’ almost every single plastic surgeon will tell you, ‘I definitely had that situation,’ and maybe more than one time,” Bengtson says.

In his own study, Bengtson scanned 242 patients using high-resolution ultrasound and took them to surgery to evaluate their implants. His findings were impressive: No false negatives (100% accuracy rate) and only four false positives (93% to 94% accuracy rate). Moreover, Bengston points out that the false positives were due to either double lumen devices, capsular contracture, and in one case, a 40-year-old implant—all cases which required implant removal anyway.

Since MRI is not ideal in terms of diagnostic capabilities and compliance is so low, Bengtson believes it is imperative to find an alternative, and high-resolution ultrasound is his tool of choice. “Ultrasound, at least as a screening tool to evaluate and follow implants, is a necessity, because today we’re doing nothing. So something is better than nothing,” Bengtson says.

With all of its advantages, why hasn’t high-resolution ultrasound become a mainstream tool for assessing breast implant integrity? For starters, plastic surgeons remain reticent, which Bengtson and Edwards chalk up to a variety of reasons ranging from the cost of investing in the equipment, the time needed to train, and just a sense that some surgeons feel a physical exam is all that is needed to follow implants. However, both surgeons point out that ultrasound is very easy to learn and that one’s financial investment can easily be recouped—in fact, ultrasound offers a potential new revenue stream—for surgeons who choose to charge for the screening exam and/or use it for additional applications such as detection and drainage of seromas.

The other “head scratcher,” as Bengtson puts it, is the reluctance on the part of ultrasound manufacturers to develop a plastic surgery-specific platform. He and Edwards are both baffled by vendor resistance to target the plastic surgery market, and they have a hunch it will be a non-US company that seizes the opportunity.

“Ultrasound will be in our offices. We’ll have an implant patient or a seroma patient, and we’ll pull up a screen and hit ‘implant’ or ‘seroma,’ and it will simplify and maximize everything for the evaluation of that problem,” Bengston says. “We’re going to start using this technology, and if there is an implant we’re not sure about, we’re going to send it to a radiologist for confirmation. It’s going to be commonplace. I don’t know if it’s 5 years, 10 years, or 20 years, but it’s coming.” 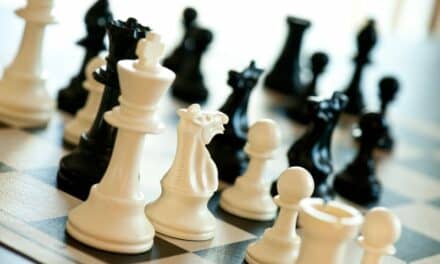