The Suture of the Future? 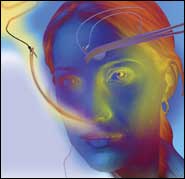 Over the past several years, media buzz and patient demand have stimulated adoption of new surgical devices and techniques before optimal indications, patient selection, duration of effect, and complications are well known. The too-early adoption of new techniques can lead to patient disappointment and surgeon dissatisfaction, resulting in early abandonment of a procedure that otherwise has great value, although perhaps not for what it was originally intended.

Aesthetic surgeons are practicing in a competitive commercial environment in which patients are eagerly looking for new technologies to satisfy their desires for better, quicker, and less invasive approaches for facial rejuvenation. Product development results in newer and better devices, as evidenced by the progressive development of Aptos sutures, Woffle sutures, Contour sutures, Isse sutures, and the new Silhouette suture approved by the FDA in November 2006.

The Silhouette suture shown here is stronger than conventional barbed sutures, stands less chance of breaking, and interacts with normal tissues through surrounding collagen tissue formation for better results. The suture consists of a 25-cm-long 3-0 nonabsorbable polypropylene suture, which is 50% thinner than the 2-0 used in the design of the barbed sutures. This decreases knot palpability and pain in the temporal area. Suture strength is maintained by avoiding oblique cuts in the suture to create the “barbs” (30% to 50% loss of suture strength).

Each suture holds 11 clear, flexible, absorbable hollow cones that allow for tissue growth inside and around the cones, which are made from a copolymer of glycolic acid and lactic acid. An immediate anchoring effect is created by the cones. A delayed anchoring effect is produced by a series of knots created on the distal 10 cm of the suture, which is intercalated with the cones.

The knots control the position of the cones and provide further anchoring of the soft tissue, creating collagen deposition around and inside each loop of the knot. These sutures can easily and safely be removed after the cones are completely absorbed using a small microphlebectomy hook.

The copolymer cones are soft, and avoid the pinprick effects of the barbed suture. Their large size (1.0 mm x 2.5 mm) creates a strong grasping effect on the fibrous soft tissue. The cones are hydrophilic, resulting in absorption of water and a softer feel. They generate more collagen formation as the result of chemical interaction with the tissues. The physical design of the device creates stronger soft-tissue support. The cones are absorbed over 8 to 10 months; 50% of the device volume is absorbed in about 5 months.

The sutures can be a complement to brow-fixation and deep midface devices.

A patient with the following attributes is a good candidate for the closed midface technique using Silhouette sutures:

Poor candidates for this procedure are characterized by:

The closed midface technique is performed under local anesthesia, with or without oral sedation, and requires about 1 hour to complete. Other complementary procedures can be performed at the same time: for example, botulinum toxin Type A (BTTA); fillers for soft-tissue augmentation; or liposuction of the jowl, jawline, and neck.

An incision is made in the temporal area approximately 2 to 3 cm behind the anterior hairline and is carried down to the deep temporal fascia (DTF), where a plane of blind soft-tissue dissection is created between the superficial temporal fascia (STF) and DTF. This facilitates deployment of the 6-inch-long straight Silhouette suture needle into the superficial fibrous adipose tissue of the lower temporal area, midface, and lower face.

To enhance scar-tissue adherence in the midface, insert the needles in pairs, passing the tip just through the exit point in the skin. Leave the needles in place, performing subcutaneous undermining with a small tissue dissector placed through the temporal incision on each side of the needles. Then pull the 6-inch needles completely out of the skin. This will leave intact bridges of tissue where each suture has been placed.

The needle exit points are along a line drawn from the buccal commissure medially to the gonion of the mandible laterally. They begin just lateral to the nasolabial fold and are spaced 1 to 1.5 cm apart using a total of four to six sutures per side according to the patient’s needs.

The curved taper needles on the proximal end of the suture are passed through the DTF and then tied in pairs. Tissue repositioning and suspension is accomplished first by tying the knots in the temporal area; further tissue movement and remodeling are then achieved by placing tension on the distal end of the suture and massaging the tissues overlying the sutures from medial to lateral.

Distal suture ends can either be cut off at the skin at the completion of the procedure or left long to allow for further tissue shaping from 1 to 3 days after surgery. One-inch adhesive closures or paper-tape strips are used for 5 to 7 days to support the facial tissues and minimize bruising and swelling.

See Figure 1 for an example of the closed midface procedure.

Good candidates for the open technique are patients who desire more dramatic, longer-lasting midface elevation of the malar pads, lower eyelids, or nasolabial folds, and some more modest improvement of the marionette area, jawline, and jaw. This technique actually provides the combined benefits of the open and closed methods. Surgery is performed under general anesthesia and requires about 2½ hours. Other complementary procedures can be performed at the same time, such as BTTA, fillers, fat grafting, and liposuction.

Preoperatively, mark the patient in the sitting upright position, outlining the underlying bony structures, the planned vectors of correction, the path of the temporal branch of the facial nerve, and the superficial temporal artery. Initial incisions and dissection are the same as the closed technique.

Blind or illuminated dissection with a periosteal elevator is carried inferiorly, separating the STF from the DTF down to the superior edge of the zygomatic arch and medially to the lateral orbital rim. For a modest lift, sutures can be inserted as previously described.

For a more dramatic lift, subperiosteal dissection over the middle and medial zygoma and maxilla is completed using illuminated direct vision or the endoscope. An optional 1.5-cm incision can be made in the buccal sulcus bilaterally to make subperiosteal dissection of the maxilla and medial zygoma easier to complete with headlight or retractor illumination.

Insertion of two to four sutures per side may be done blindly or with illumination. Each needle is inserted in the space created between the STF and DTF down over the zygoma in the subperiosteal space. Sinusoidal advancement of the long, straight 6-inch needle is made through the malar pad and soft tissue of the cheek, exiting the skin past the malar pad and lateral to the nasolabial fold along the points described in the closed-suture procedure.

The proximal taper needles are passed through the DTF in the temporal area and tied in pairs. While applying traction on the distal end of the Silhouette suture, move the cheek tissues superiorly and laterally, allowing the cones to engage several layers of tissue to create volumetric stacking of soft tissue. Sutures may be clipped at the skin at the completion of surgery or left long for sequential soft-tissue molding during the 1 to 3 days after surgery.

Slight overcorrection is suggested to counter soft-tissue settling during the 1 to 3 months after surgery. Adhesive closures or strips of paper tape support the soft tissue for 5 to 7 days. This technique simplifies midface suspension with the added benefit of postoperative adjustment.

See Figure 2 (page 46) and Figure 3 (this page) for clinical examples of the open technique.

In summary, the new Silhouette suture offers improved results with closed and open midface rejuvenation. It can be used alone or in combination with other internal suture or fixation devices.

N.D. Moscoe, MD, FACS, is a board-certified plastic surgeon in private practice in Austin, Tex. He is affiliated with all major Austin hospitals, including Bailey Square Surgery Center, Brackenridge Hospital, and St David’s Hospital. He can be reached at ndmoscoe@sbcglobal.net or via his Web site, www.ndmoscoemd.com.

Nicanor Isse, MD, is a board-certified plastic surgeon and the founder and president of the Isse Institute of Cosmetic Surgery in Newport Beach and Burbank, Calif. He is affiliated with four hospitals in Southern California and three universities in California and Italy. He can be reached at (818) 557-6595 or . 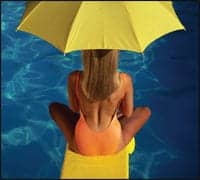