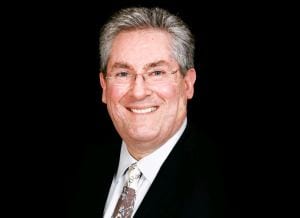 Emilio M. Justo, MD, the founder and medical director of the Arizona Eye Institute & Cosmetic Laser Center in Sun City West, Ariz, was born outside of Havana, Cuba. Thanks to his conservative parents, who desired a better life for their son, his family was fortunate enough to flee Fidel Castro’s communist Cuba when Justo was only 3 years old.

He went from Cuban immigrant to progressive American cosmetic surgeon and ophthalmologist.

With barely the clothes on their back and speaking only a few words of English, Justo and his family were relocated to Gary, Ind, with the help of church organizations. His father worked two jobs simultaneously, and his mother studied in Bloomington at Indiana University. In his early years, Justo was raised by maternal grandparents in the small college town of Tarkio, Mo, where his grandparents had been relocated after emigrating from Cuba.

ENERGY TO GO AROUND

Justo’s drive comes as a direct result of his upbringing, having watched his parents work hard to provide for their family and establish a disciplined, dedicated home. This inspired him to work hard, as well. Even though education was a high priority, Justo cites a well-rounded childhood and a balanced life as the foundation of his success. 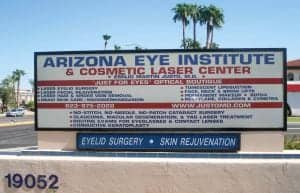 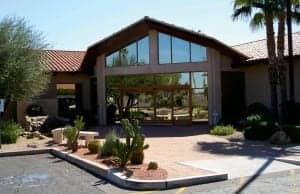 Beginning in fifth grade, Justo and his grandparents moved to Northwest Indiana to join Justo’s parents in Crown Point, after which Justo graduated from St Mary’s Junior High School. He went on to attend the parochial Andrean High School and graduated as Valedictorian in 1979, at the age of 17.

He made the difficult decision to be the first student applicant to decline the esteemed Eli Lilly Scholarship to Wabash College for a no-cost 4-year undergraduate education. Instead, Justo was one of 10 out-of-state nationwide applicants accepted into the University of Michigan’s prestigious Integrated Pre-medical/Medical Program, also known as Inteflex. Justo graduated with both his BS and MD degrees at the age of 23.

Although he initially attended medical school thinking that obstetrics would be his career path, Justo soon reconsidered his chosen field to be ophthalmology. He cites the “wonderful balance between surgery and clinic, as well as be able to serve patients of every age.” Additionally, the feeling of gratification in helping to restore a patient’s eyesight was priceless, according to Justo.

After graduating from the University of Michigan, Justo followed a 1-year internship at St Vincent’s Hospital in Indianapolis with a 3-year residency at the Washington Hospital Center in Washington, DC. Given his love for both ophthalmology and oculoplastic surgery, the training he received in the Washington, DC-based trauma center gave him ample opportunity to further develop his passion and skills.

Desiring to live long-term in a warm-weather climate, Justo moved to Arizona in 1989 and joined an established ophthalmologist in Sun City. However, the ophthalmologist developed serious health issues soon after Justo’s arrival. Therefore, at the young age of 27, Justo was inadvertently forced to learn the business side of medicine when he took over his colleague’s private ophthalmology practice on January 1, 1990.

As the years quickly elapsed, Justo decided to establish his own ophthalmology institute in Sun City in 1994. A few months later, in an effort to respond to an ever-growing patient base, he constructed another building as a satellite office in the semirural community of Wickenburg.

In 1999, Justo built his flagship medical office building in Sun City West. This building combines the traditional offerings of general ophthalmology and optical retail services with an even mix of cosmetic surgical and nonsurgical offerings. Equally as important, it also houses Justo’s ambulatory surgery center. 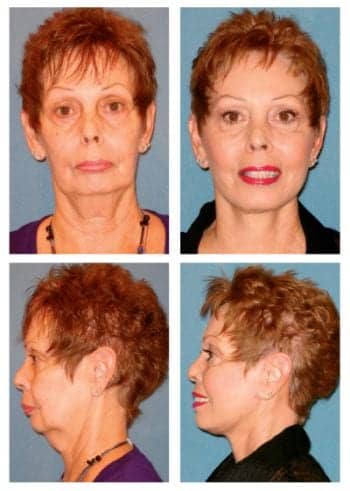 As the mid-to-late 1990s progressed, discussions started in the cosmetic medical community regarding the CO2 laser as a means of deep facial laser skin resurfacing.

Over a 3-year period, Justo attended hundreds of hours of postgraduate training to educate himself and learn the techniques of using the carbon dioxide laser for both facial skin resurfacing and, just as important, for performing both functional and cosmetic blepharoplasties.

Justo says he was privileged to train under many well-known masters of cosmetic surgery, such as Jeffrey Klein, Richard Fitzpatrick, Anthony Geroulis, and Angelo Cuzalina, to name a few.

Slowly, conservatively, and methodically, Justo, who is board-certified in ophthalmology and a Fellow of the American Academy of Cosmetic Surgery (AACS), sharpened his skills to offer a specialized array of aesthetic procedures.

Since 1997, his most well-known procedure is laser blepharoplasty, having performed it on several well-known Phoenix television personalities.

Using the CO2 laser as a surgical instrument of choice, Justo performs a dozen or more eyelid surgeries per week, both in the upper eyelids for aesthetic enhancement and to help improve peripheral vision, brow strain, and visual fatigue. 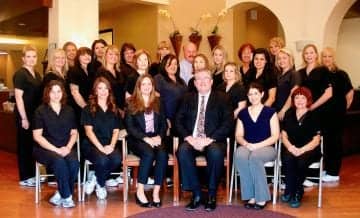 Dr Emilio Justo surrounded by his caring, professional staff of 25 at his Sun City West center of excellence

This impressive surgical center is the only ophthalmology and cosmetic surgery-specific accredited outpatient surgery center in Sun City West and the neighboring geographic region.

Justo’s love for aesthetic rejuvenation extends far beyond the operating room. His practice offers a vast array of nonsurgical services, such as with Botox Cosmetic, Dysport and Xeomin, as well as tissue fillers, such as Restylane, Juvéderm, Perlane, Radiesse, and Artefill.

Although Justo prefers to administer his own neuromodulators and dermal fillers to patients, his expert staff includes a certified aesthetic laser nurse and a certified permanent cosmetic professional. With these unique individuals, Justo’s office is able to offer expert permanent cosmetic makeup, laser hair and tattoo removal, sclerotherapy, and microdermabrasion, as well as skin rejuvenation with the Obagi NuDerm system and Obagi Blue Peel. 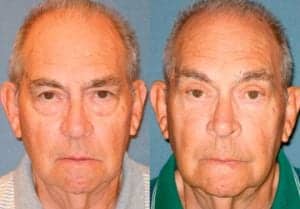 Competing with his love for improving his patients’ appearance and self-esteem, Justo continues to proudly practice general ophthalmology, specializing since 1990 in the “no-stitch, no-needle, no-patch” technique for cataract surgery using phacoemulsification (ultrasound) to gently remove the clouded lens from the eye of an affected patient, using a 2-mm self-sealing incision.

Justo was the first ophthalmologist in Arizona to implant the FDA-approved toric lens implant to help reduce pre-existing astigmatism at the time of cataract surgery. Being on the cutting edge of modern-day cataract surgery is one of the many reasons why Justo routinely performs 12 or more cataract surgeries per week.

Justo believes successful relationships with patients are about more than simply achieving a good outcome, whatever the reason for their initial visit. Establishing complete rapport is critical.

“At that moment, no matter what else is going on in my life, my full attention is on that patient,” Justo explains. “I want to help them alleviate any anxiety, speak openly face-to-face, and learn about them as an individual—hear about any trips they’ve taken recently, any hobbies they enjoy, etc. This helps us both break the ice and then get down to addressing each patient’s needs, goals, and desires in a mutually sincere, honest, and trusting conversation.” 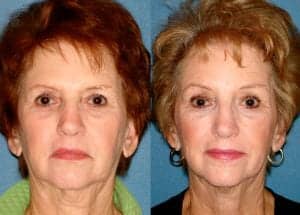 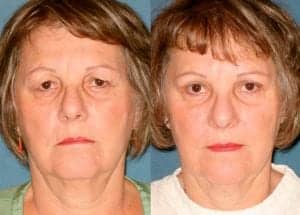 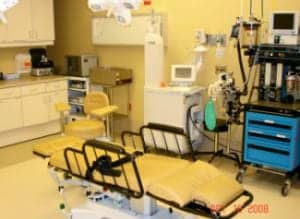 This constant source of human interaction and building patient rapport motivates him to strive to help each life that he is privileged to touch. Moreover, building these long-standing physician-patient relationships in ophthalmology facilitates a high percentage of his ophthalmic patients converting to the cosmetic or oculoplastic side of his practice.

Foremost, word-of-mouth referrals have been Justo’s greatest asset, followed closely by interoffice referrals that have allowed the Arizona Eye Institute & Cosmetic Laser Center to flourish as a unique practice and business model in the “Valley of the Sun.”

“Over the years, many people have asked me my secret for creating beautiful results and achieving excellent vision for my patients,” Justo says. “The answer is simple: I listen carefully and attentively, and by doing so I am able to create an individualized rapport and bond with each patient that is uniquely unsurpassed. And I also make sure to relieve any concerns by answering all of [their] questions.

“The best part of my life’s work is seeing the outstanding positive benefits that either visual rehabilitation through modern cataract surgery may achieve, or the increased self-confidence and self-esteem resulting from facial or body cosmetic surgery. It’s this type of human contact and positive feedback that keeps me practicing … and smiling.”

Family and faith have contributed in great part to Justo’s many successes. Besides his loving, dedicated, and nurturing wife, Justo’s greatest blessings are his two boys (ages 7 and 4) and a 6-month-old daughter.

Watching his children develop and mature alongside his best friend/spouse is something Justo finds to be the greatest miracle of his life.

If his career were to unexpectedly end today, he feels that the blessings bestowed by his family and his God will always keep him young, energetic, compassionate, and focused.

Paul Simpson and Schae Kane are contributing writers for PSP. They can be reached at . 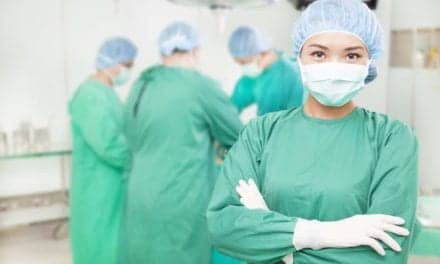