A remarkable new study of the use of Botox in America has revealed that some women suffer a “crack-like” addiction to the process, as they attempt to top up previous treatments.

The number of women aged between 19 and 34 having the cosmetic procedure has risen by 41% since 2011, according to the American Society for Aesthetic Plastic Surgery. Men are also increasingly turning to Botox – they now make up 10% of all users, leading to it being dubbed “Brotox”.

Many younger female users are persuaded by dermatologists that the drug – derived from botulinum toxin, the world’s most lethal neurotoxic agent – will stop wrinkles forming. But Dana Berkowitz, a 38-year-old gender studies professor at Louisiana State University, who has herself used Botox, argues in her book Botox Nation: Changing the Face of America that this expectation is based on a flawed idea of what Botox can do, leading to frequent return visits to the plastic surgeon.

She told the Observer: “It is and it isn’t preventative: it’s complicated. You’re injecting this neurotoxin into your facial muscles to prevent them from being able to move. If you can’t express an emotion for long periods of time, you don’t get certain lines.

“However, the problem is that Botox only lasts for between four and six months, so once you start seeing those lines form again you go back. Women I interviewed talked about it in terms of it being addictive. One said she was ‘crack-like’ about it.” Berkowitz added: “The problem for me is that in targeting younger women the doctors are trying to create this lifetime consumer.” 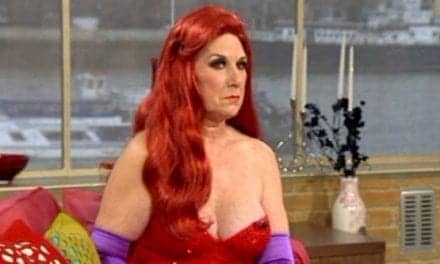 UK Woman Goes Under Knife to Look Like Jessica Rabbit

'Botched' Plastic Surgeons On the Risks of Fillers