He presumably didn’t know in the moment of his birth that he would grow up to be a doctor. But Matthew McRae came prepared, with his own second opinion. Brother Mark. And vice versa.

Mark backed him up, quite literally, following Matthew out of the womb seven minutes later.

The identical twins have been backing each other up ever since and these days they’re back in the hospital — this time St. Joe’s — performing vitally restorative operations and, from time to time, confusing nurses and patients. Sometimes even themselves.

“We share the same locker,” says Mark, “and sometimes I’ll just grab a lab coat quickly and notice later that it says Matthew (on the chest pocket ID pin).”

As in birth, Matthew arrived first, in July 2015; Mark followed not long after, first accepting a contract, then getting on full time at St. Joseph’s Hospital, where they both do reconstructive plastic surgery of the most advanced kind.

Matthew does microsurgery, including the reconstruction, even reattachment, of hands, other extremities, and surgeries of the head and neck.

Mark does breast reconstruction for those who’ve undergone mastectomies, as well as craniofacial surgeries.

Often, when one has a daylong (or night-long) surgery, the other will help. They’ll work together. It’s common for surgeons to relieve each other during long operations. There’s an obvious advantage to having two rested surgeons functioning in tandem. (And with Matt and Mark, who can tell the difference?)

Recently Matthew had an emergency hand operation that didn’t start until midnight. He worked to three, then Mark relieved him for an hour and a half while he slept and replenished his energy. He knew he could use the support to get through the long procedure.

“You feel bad about waking someone up at 3 a.m., but not your brother,” says Matthew. 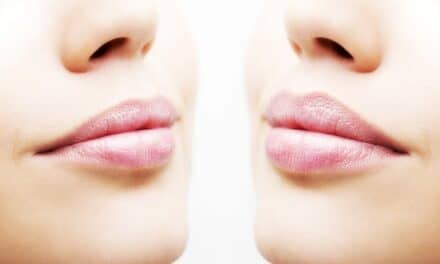 All Your Lip Filler Questions, Answered