Social media is rocking our worlds – making them seem both bigger and smaller at the same time. Photographs, once displayed on a mantle or left to gather dust in an album, now take on a life of their own. Thanks to social media, we can literally see ourselves everywhere (and others can, too).

It’s no wonder that this has created a ‘selfie-awareness’ movement all of its own. Fully 42 percent of facial plastic surgeons are seeing people who are requesting facial plastic surgery to look better on social media, according to the annual statistics from the American Academy of Facial Plastic and Reconstructive Surgery (AAFPRS).

“People are now seeing images of themselves repeatedly, possibly more now than in the history of humankind,” says AAFPRS President and facial plastic surgeon Fred G. Fedok, MD. “With each glimpse of themselves at different times in the day, at different angles and in different social settings and lighting, people are seeing what they look like to the outside world.”

Some may not have realized that they constantly look tired or that their lips are thinning out until they caught a glimpse on Facebook or scrutinized a selfie before hitting post. Others may just be sick and tired of seeing peers who don’t look quite as tired or older as they do.

“Patients come to the office and remark that they ‘didn’t realize’ that this aspect of their face or nose look that way until they saw certain angles on one of the social media posts,” says Dr. Fedok. “Now that they see it, they want it corrected. I believe they want to correct the flaw to look ‘better’ for themselves and also for how they look in photos.”

Many patients visit plastic surgeons with concerns about tired-looking eyes and are interested in fillers or eyelid surgery, he says.

Cheeks are another hot spot for the social media sect.

“There have been a number of surgical and nonsurgical innovations to change the cheekbones and cheek,” he says. “At this time the injectable fillers are the most common method to change the shape of the cheek and cheekbones.”

Some facial plastic surgeons are also seeing an uptick in requests for nose reshaping, lip augmentation and wrinkle reduction as a result of social media.

Looks Can Be Deceiving on Social Media

But ‘selfie-awareness’ in and of itself is not a reason to undergo facial plastic surgery. “Many of the cameras in cell phones have a rather wide-angle perspective. This will create a spherical distortion when pictures are taken close to the subject meaning that objects will look bigger; further objects will look smaller,” he says.

Put another way: if your nose is closest to the camera, your nose will look disproportionally bigger in the resulting image.

“If you have a question about something you have viewed about your facial appearance, seek a consultation from an expert,” Dr. Fedok says. “Facial plastic surgery should be approached in a sober deliberate manner and good decision making. The expert advice of a trained physician will guide you to your best decision making.” 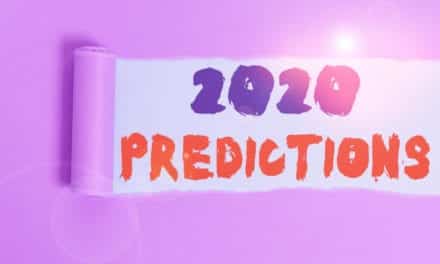 Breaking Up the Band: Will Cellfina be the Procedure to Beat This Summer?