This Pizza Topper May Pack an Anti-Aging Punch: Study

Your veggie pizza just got healthier.

Mushrooms are rich in antioxidants that scientists say could be used to fight aging and boost general health, according to new Penn State findings published in the journal Food Chemistry.

“What we found is that, without a doubt, mushrooms are highest dietary source of these two antioxidants taken together, and that some types are really packed with both of them,” said Robert Beelman, professor emeritus of food science and director of the Penn State Center for Plant and Mushroom Products for Health.

The key compounds are ergothioneine and glutathione, which are important and beneficial — and vary widely from ’shoom to ’shroom.

Researchers analyzed 13 kinds of mushrooms and found that wild variety of porcinis are packed with the potential anti-agers. White buttons had less, but more than other foods.

“We found that the porcini has the highest, by far, of any we tested,” said Beelman. “This species is really popular in Italy where searching for it has become a national pastime.”

The benefits of eating mushrooms comes in two ways, researchers said. One if though replenishing antioxidants that fight aging. The other is protecting against oxidative stress, which plays a role in the development of various diseases.

Are Men More Obsessed With Plastic Surgery Than Women? 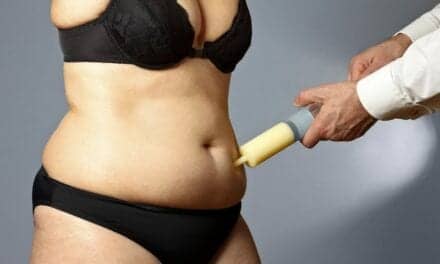