A blogger identifying herself as "Jill Filipovic, Feministe" posted this interesting piece of convolved logic on [removed]AlterNet[/removed], pointing out that a portion of the funding for the Senate's health care bill will come from a 5% tax on cosmetic surgery, noting that these procedures are overwhelmingly obtained by women. The tax would generate a reported $5 billion over a decade and would only tax procedures in which surgery "is not necessary to ameliorate a deformity arising from, or directly related to, a congenital abnormality, a personal injury resulting from an accident or trauma, or disfiguring disease."

Filipovic's opinion piece is a case of how pro-government reform ideologues are parsing various aspects of the health care reform "beast" and finding that aspects of it do not line up with their political persuasions.

It sounds fine and good on its face to tax unnecessary procedures — especially those that are primarily accessed by the upper middle class. I couldn't find statistics on the average income of people who get cosmetic surgery, and certainly there are low and lower-middle income people who seek out cosmetic procedures, but by definition it seems like plastic surgery would be accessed most often by upper-middle and upper-class people (it is at least accessed disproportionately by white people). But 91 percent of cosmetic procedures are performed on women. While they're generally cast as simple vanity procedures, the fact is that women are under extreme pressure to maintain a particular physical appearance — to look young, thin and attractive. Men certainly don't escape that pressure either, but women face it to a much higher degree. It seems a little unfair that women are inundated with messages that we need to constantly improve our physical appearance, and then taxed when we take steps to do just that. As Lindsay Beyerstein said on a feminist listserve I’m on, “It’s one of those classic sexist double binds: Society tells you that you have to look perfect and then sticks you with a ’sin’ tax when you do what’s expected of you. Boob jobs would titillate men AND subsidize their health care.

A decent point: the tax is clearly unfair. But let us take the logic of this line of thought a little further and suggest that the next step would be to ban or force a change in the promotion of cosmetic surgery procedures. Will changing or even eliminating the media messages that encourage women to "look better" via surgery make the tax seem easier to swallow?

On the other hand, I don't have much of a problem taxing luxury goods, so why not also tax luxury surgeries? And I know a lot of Feministe readers disagree with me on this one, but I’m also a proponent of taxing things like soda and cigarettes, which offer zero benefits but many health costs.

The author seems unaware that cigarettes are currently taxed and taxed… and then taxed some more.

So I'm torn on this one. The targeting of women with this tax obviously makes me uncomfortable, and some procedures like breast reductions which are often sought to alleviate physical pain (and are often covered by insurance) don't sound like they would be exempt. And even if surgeries like breast reductions were exempted, I'm still not sure I would support it. But then again, if we want health care, we do have to pay for it. Income tax is a pretty good base, but we're talking about an extremely pricey program, and there isn’t one silver bullet that’s going to tax a certain segment of the population and make everyone happy.

Judging by news of late — including NGO and government recommendations that women cut back on cancer screenings, etc. — women may be getting the early negative effects of the proposed legislated health care reform.

UPDATED to point out that when I wrote this post I was under the impression that gender reassignment surgery wouldn’t be considered "cosmetic" and would therefore be exempt from this tax. But I’m not sure that’s the case.

Now that is a can of worms…

Your thoughts? Write me at jfrentzen@allied360.com. 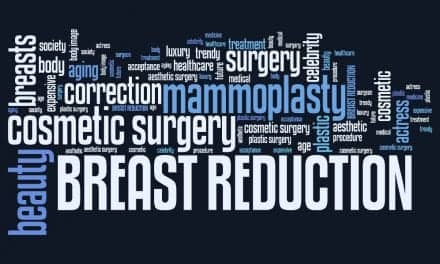 What to Expect After Having a Breast Reduction

Treating Scars in Patients of Color 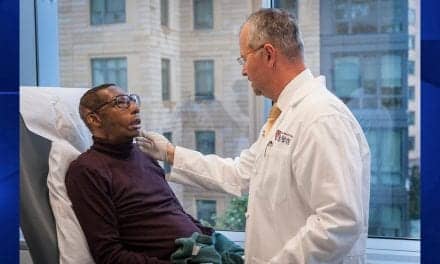