A transgender woman in San Francisco has filed a complaint against a Catholic-affiliated hospital for refusing to allow her plastic surgeon to perform breast enlargement surgery there, according to a report from the Oakland Tribune.

Charlene Hastings, who already has had one major sex-change surgery, claims that Seton Medical Center in Daly City, Calif., would not allow her plastic surgeon to operate on a transgender person.

Shortly after her sex change, Hastings requested the breast augmentation surgery be performed at Seton Medical Center because her surgeon was affiliated with the hospital. The hospital denied her request. A hospital official allegedly told her that "God made you a man," according to the complaint.

Hastings said she doesn’t plan to seek the surgery elsewhere because of her fear of being denied again.

Although Seton Medical Center — a member of the regional, five-hospital Daughters of Charity Health System — is not commenting on the lawsuit, Daughters of Charity Health System spokesperson Elizabeth Nikels said in a written statement that the organization follows hospital policy according to Catholic teaching. The Catholic hospital does not allow transgender surgery, the statement says. 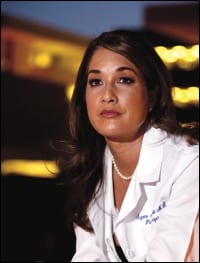