For women undergoing risk-reducing mastectomy to prevent breast cancer, reconstruction can be challenging in those with larger breasts. A two-stage approach—with initial breast reduction and “pre-shaping” followed by mastectomy and reconstruction—appears to be a safer procedure with better cosmetic results, reports the September issue of Plastic and Reconstructive Surgery, the official medical journal of the American Society of Plastic Surgeons (ASPS).

However, it can be challenging to achieve good results with immediate reconstruction in women with large breasts (macromastia) with sagging or drooping (ptosis). These patients “more often end up having a difficult corrective procedure and unacceptably high rate of failed reconstruction,” Dr. Gunnarsson and coauthors write.

To improve their results, the researchers developed a targeted, two-stage approach to this group of patients. In the first stage, the women underwent a breast reduction/breast lift (mastopexy) procedure to create “a breast better suited for implant reconstruction.” In addition to reducing and reshaping the breast, an important part of this procedure was to lift the nipple-areola complex (nipple and surrounding tissues) to a more central position.

After a few months for healing, the women proceeded to the standard risk-reducing mastectomy and implant-based reconstruction. The online version of the article on the Plastic and Reconstructive Surgery website includes a video illustrating key aspects of the technique for plastic surgeons.

Between 2013 and 2015, Dr. Gunnarsson and colleagues used this two-stage approach in 22 women, median age 46 years. Mastectomy and subsequent reconstruction were successfully completed in all 44 breasts. The reconstructions were performed three to nine months (median four months) after initial breast reduction/reshaping.

Two patients had complications requiring repeat surgery; another five patients had minor complications that resolved with nonsurgical treatment. Importantly, there were no problems with the blood supply and survival of the nipple-areola complex.

In all cases, the cosmetic outcomes were rated excellent. The authors believe their technique is an important contribution to improving the results of risk-reducing mastectomy and breast reconstruction for women with large breasts. They note that the initial breast reduction/preshaping step “preconditions” the blood supply to the later reconstructed breast.

Dr. Gunnarsson and colleagues add that the two-stage procedure has become their “standard of care” for women with large breasts undergoing risk-reducing mastectomy. The researchers write, “The superior cosmetic outcome and low complication rate have proved to be better than we had anticipated.”

How To Properly Apply Sunscreen To Beat A Burn, According To Dermatologists 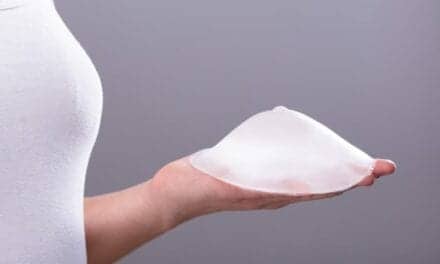