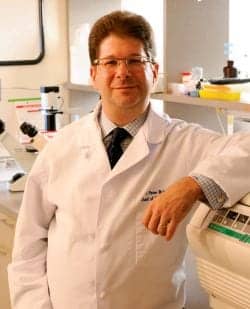 J. Peter Rubin in his lab.

J. Peter Rubin, MD, is on the precipice of something so big and bold that it could change the face of medicine as we know it. Rubin, the Chair of the newly founded Department of Plastic Surgery at the University of Pittsburgh, is humble, understated, and careful in his word choices when he discusses the work taking place in his lab, but the implications are not lost.

Through their work in regenerative medicine, Rubin and an elite cadre of physicians and bench scientists across the globe are pushing the boundaries of science and approaching healing from the inside out.

A paradigm shift from the traditional outside-in treatment model, regenerative medicine gives the body the tools it needs to heal itself (along with a little push from external devices or medications). And plastic surgeons like Rubin are conducting more regenerative medicine trials than any other specialists, and they are also ahead of the curve when it comes to using these methods at the bedside.

This leadership role comes at a tumultuous time for the specialty. Plastic surgeons are increasingly under scrutiny, and there have been calls for tighter regulation of cosmetic surgery due to the breast implant scandal embracing Europe and the proliferation of substandard plastic surgery procedures performed largely by unskilled physicians.

And by and large, the groundbreaking work in regenerative medicine being conducted by plastic surgeons may have the unintended consequence of reinventing and reinvigorating the specialty.

“We work all over the body and are faced with reconstructive challenges where we have to rebuild or replace structures involving many different tissue types,” Rubin says. “Plastic surgery is not a specialty built around one organ system. It is built around ever-evolving principles of tissue repair and reconstruction across the entire body.”

In 2011, the American Society for Aesthetic Plastic Surgery (ASAPS) and the American Society of Plastic Surgeons (ASPS) released a statement on the use of stem cells in aesthetic surgery that helped to bolster their position as a leader in this field. The statement acknowledged the potential of stem cells in aesthetics as well as the need for strong data on their safety and efficacy. 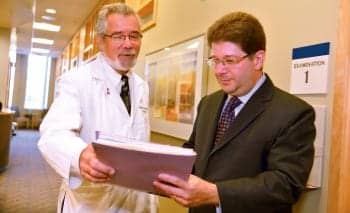 Rubin splits his time between the bench and the bedside. 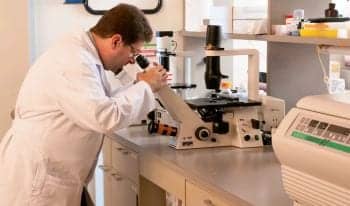 At work in the lab.

WHAT IS REGENERATIVE MEDICINE?

But what is regenerative medicine, and what is possible today?

Most plastic surgery procedures are divided neatly into reconstructive or cosmetic, but regenerative medicine straddles both worlds.

“Regenerative medicine is broadly defined as using the latest science to induce healing and generation of new tissue,” Rubin says. “It is not just a passive treatment, but often involves using stem cells, growth factors, and specialized biomaterials to enhance healing.”

The initial concepts grew out of tissue engineering work conducted in the 1980s. According to Rubin, the four major components of regenerative medicine include cell-based therapy, biomaterials, tissue engineering, and external energy devices that can induce healing.

“We can extract cells from a patient and inject them at the site of healing, and we can use drugs at the site of injury to induce healing,” he says. “We can grow a scaffold to carry cells or allow the ingrowth of blood vessels, and use external energy such as ultrasound to induce bone growth and bone healing,” he explains. The components can also be mixed and matched.

As of now, scientists can regenerate new fat tissue and bone tissue for bone repair after trauma and to correct birth defects, and have cell-based therapies and tissue substitutes to augment wound healing. “We can rebuild an abdominal wall that has been devastated by a huge hernia,” Rubin says.

Rubin first became interested in this field in the early 1990s while working with tissue engineering, and he quickly became enamored with and fascinated by fat.

Fat is one of the building blocks of this emerging field of medicine, and is the basis of his research partnership with Kacey G. Marra, PhD, an associate professor of plastic surgery and bioengineering at the University of Pittsburgh. The two co-direct Pitt’s Adipose Stem Cell Center.

They have been working together for 10 years now, and each brings something unique to the table. Marra provides the bench perspective, while Rubin takes a more clinical patient-centered approach. 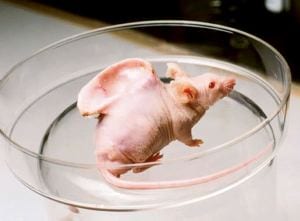 “Although we have the same goals, we think of things differently,” Marra says. Things move slower in the lab than in the operating room, and Rubin is realistic about this. “He understands our time lines and keeps us motivated.” The two are now enrolling patients in the first FDA trial for adipose stem cells in facial reconstruction. The first patient was treated in January 2012.

“We have a wonderful synergy,” Rubin says. “We also collaborate widely with scientists at the McGowan Institute of Regenerative Medicine at the University of Pittsburgh and leverage the interactions and resources available in a major research center.”

ARE WE THERE YET?

Note the absence of “grow your own” organs on the list of regenerative medicine wins.

So what about that eerie Time magazine cover in 1995 that depicted a live mouse with a human ear growing out of its back?

“Interestingly, the mouse with the ear is almost as famous as Mickey Mouse,” Rubin says. “Images such as the famous ear on the mouse really captured people’s imagination about what regenerative medicine can do, and gave the American public a conceptual framework for where these therapies could be applied,” he says.

Still, “The media has a tendency to oversensationalize new developments or highlight their egregious flaws,” he says. 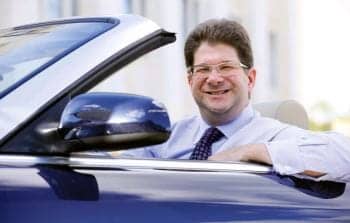 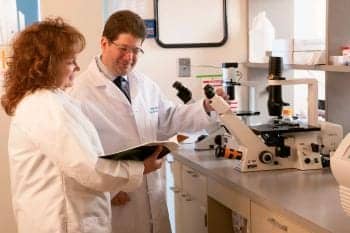 Rubin and colleagues are changing how we think about healing.

So can we grow new organs from scratch? No, but we are edging closer and closer, he says. “We are better at growing new structural tissue than functional organs like kidneys, but we are getting there.”

Surgeons can now use 3D printers to lay down proteins in a pattern and build the infrastructure of an organ. “The challenge is the blood supply.”

Today, researchers can construct noses on forearms, allow them to heal and take shape, and then transfer them via microvascular techniques to the face. And a team of surgeons in Russia have transplanted completely synthetic pieces of larynx into two patients.

Huge misconceptions about this field remain. “The biggest is that it is a cure-all for a variety of problems, and second is that we are further along than we really are,” Rubin says.

Some individuals and companies play on people’s hopes and command high fees for unproven stem cell treatments, claiming these cells may one day be the cure for age-related diseases, Parkinson’s, Alzheimer’s, and amyotrophic lateral sclerosis (ALS).

And anti-aging is a whole other realm for marketing that is not always supported by science, Rubin says. “Stem cell face creams are one such example,” he says. “They play on hopes and desires, and people want to get in and out and make a quick buck.”

“The reality is that we are making great progress on many fronts, and it’s a concerted effort to move the field forward,” Rubin says.

The niches with the greatest progress thus far likely include wound healing and minimally invasive soft-tissue regeneration through new developments in fat grafting, he says. The evolution of personalized medicine which seeks to better pair treatments with patients based on genetic profiling is also very much aligned with regenerative medicine. “It’s the perfect storm for progress.”