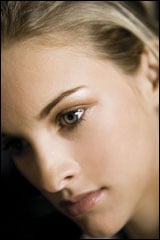 Prior to the development of laser technology, there were three options for deep rhytides, especially in the central oval of the face. These three choices were deep chemical peel, dermabrasion, and “live with the wrinkles.”

Although carbon dioxide (CO2) laser technology has existed for a long time, the methods of delivery were crude and produced significant lateral tissue damage. With the understanding of laser physics, specifically thermal relaxation time and selective photothermolyis, as well as the development of ultrapulsed laser technology, CO2 laser technology became safe and effective.1-3

Since its introduction, no therapy has been as effective for rhytide effacement as the CO2 laser. Aggressive CO2 laser resurfacing remains the gold standard for facial-wrinkle treatment. In addition, the selective removal of epidermis and dermis allows the simultaneous treatment of dyschromias and a variety of benign lesions.

The main drawback of aggressive CO2 laser resurfacing remains the extended recovery period. The first week is spent with a raw face, treated with closed or open wound care. During the second week, the re-epithelialization begins and the skin transitions from red to pink.

Generally. at the 10- to 12-day point, females can resume wearing makeup, but males must “grin and bear it.” Other common sequelae include acne flair, hyperpigmentation, and a transition between the treated face and the untreated neck in patients with severe actinic damage.4 Despite the drawbacks of aggressive CO2 laser resurfacing, it remains popular in many practices—including mine. Although many detractors point out the extended recovery, if a patient wants decades of skin damage removed they must “pay the piper” in terms of recovery. In reality, 10 to 12 days of recovery is not a bad trade-off to reverse 10 to 20 years of aging. Figure 1 (at right) shows a female patient after a facelift and simultaneous aggressive CO2 laser resurfacing.

Regardless of the success and drawbacks of aggressive CO2 laser resurfacing, there remains a popular push for less-aggressive therapies. It is somewhat amusing that the media and the industry are heralding a “new” claim that the public wants more conservative procedures now and will not tolerate extended recoveries. In reality, the public has always wanted conservative procedures and always will.

The push for nonablative and minimally invasive procedures has led to some disappointing results for those that expected CO2-like outcomes. On the other hand, these less-invasive procedures have provided patients with increased choices, tailored to their lifestyles and recovery windows.

In my practice, laser skin resurfacing remains a popular option. The various choices of treatment include

As stated above, patients with significant aging symptoms are first offered aggressive CO2 laser resurfacing. Patients with less damage or smaller recovery windows can be improved with a single pass with high-fluence and high-density treatment. This provides good results for all but the deepest rhytides and is excellent for dyschromias. These patients re-epithelialize in about 10 days.

Again, both of these treatments rely on higher fluence (7 to 8 J/cm2) and high density on the computer-pattern generator (30% overlap). The single pass is not debrided, and the charred skin serves as a protective wound dressing.

This less-aggressive treatment option significantly shortens the re-epithelialization time, and hence, recovery time. The incidence of hypopigmentation and face–neck demarcation is also reduced when compared to multipass aggressive treatments. Figure 2 shows a before and 6-day postlaser result from a “CO2 medium” resurfacing.

Patients with or without deep rhytides can obtain excellent improvement of dyschromias and moderate improvement of fine lines and wrinkles with lower-fluence procedures. The “CO2 light” procedure is a popular treatment for patients who have less damage or smaller recovery windows. With this procedure, the fluence is 3.0 to 3.5 J/cm2 and the density remains the same (30% overlap).

With the “CO2 light” treatment, a single pass is made over the entire face, and the eschar is not debrided but rather serves as a protective dressing for the postlaser period. When any laser procedure that uses only a single pass is performed, it is extremely important not to overlap or “underlap” the individual patterns from the computer-generated handpiece. If overlap occurs, tissue is treated to a deeper level, and if the patterns do not touch one another (underlap), an untreated area will be visible between the laser patterns.

These areas of over- and undertreatment can be quite visible in the form of checkered or latticed patterns, and can be unsightly. Although they frequently resolve spontaneously, they may require further resurfacing to eliminate.

Figure 3 shows a patient immediately after “CO2 light” full-face resurfacing. Note that the eschar is intentionally not removed so that it can assist as a postlaser dressing.

Postoperatively, patients are treated with petrolatum continuously until re-epithelialization, which is usually about 6 days. After this, patients use a hypoallergenic moisturizer and sunscreen. Most patients can wear makeup and return to work in 1 week.

The results of and recovery from the “CO2 light” procedure are commensurate with a medium-depth chemical peel. Figure 4 (above right) shows before-and-after images of the “CO2 light” procedure. Figure 5 (at right) shows before-and-after UV images to illustrate the excellent resolution of the dyschromia. UV photography is an excellent means for practitioners to evaluate treatment success and for patients to visualize improvements that may not be clinically evident.5

Fractionated resurfacing involves spacing the laser “burns” in an orderly arrangement with areas of untreated normal tissue between the laser spots (Figure 6 at right). This technology allows preservation of much of the normal tissue so the patient does not experience a “total facial burn” and heals faster.

Although dedicated lasers are available that perform only fractionated resurfacing, this type of treatment can be performed with conventional CO2 lasers by adjusting pattern density with the computer-pattern generator and the density of the actual laser spot. “Ultralight fractionated CO2” works by applying the CO2 laser energy in a very narrow scanned beam. This creates very tiny columns of thermal damage that penetrate deep down to the dermis and stimulate the growth of new collagen.

The energy is applied in a “fractional” way—that is, the tiny columns of thermal damage are spaced so that the tissue between each is spared—resulting in a faster healing process. Using the CO2 laser wavelength for fractionated treatment is advantageous because CO2 laser energy is considered by many to be the optimal treatment for photo-aged and environmentally damaged skin.

Another innovative feature of this ultralight laser technology is how the scanned pattern is laid down. A proprietary process provides a means of making a random pattern of spots within a standard scanner square. The laser-burn spots are laid down not adjacent to one another, but randomly over the surface of the pattern; thus, there is less heat buildup and less thermal injury because each hit area has time to cool (the thermal relaxation time) before another hit comes close to it.

With ultralight fractionated resurfacing, a high fluence is used just as in aggressive CO2 laser treatment. A square scanner pattern is also used, but the size is usually smaller. The big difference is that the density setting is 1 and the repeat rate is set at 0.5 seconds. Using the random pattern, an extremely low density, and a slightly slower repeat rate, the amounts of generated heat and tissue damage can be controlled. Because the treatment is much less ablative, the operator must look closely to see the actual area of laser burn.

The recovery with the CO2 fractionated technology is much different from the normal weeping, raw CO2 wounds. The laser craters are dry, and there is little—if any—exudate. The facial skin appears brown and, when examined closely, appears to have thousands of tiny dry brown dots (Figure 7).

The skin is covered with a light coat of petrolatum for several days, and the “laser freckles” can be washed off or dermabraded if desired. Downtime is generally between 3 and 5 days. If the eyelids are treated, more swelling occurs and more downtime is required. I have performed this type of resurfacing with only topical anesthesia, but some patients may opt for facial blocks or light intravenous sedation.

Because this type of resurfacing is so different from earlier techniques, the surgeon and patient must clearly understand how it works and what to expect. Fractionated ablation provides an improvement of mild to moderate skin irregularities such as superficial pigment and smoothness of the skin. This type of resurfacing does not produce the extent of pigment improvement and wrinkle reduction as do the more aggressive CO2 treatments, but it occupies a useful spot in the armamentarium of cosmetic surgeons that provide CO2 laser treatments to their patients.

This treatment also increases the versatility of the CO2 laser, extending the indications and applications. Finally, the mind-set for using minimally invasive procedures should be that they can—and likely should—be repeated to improve the results. Patients are informed that instead of having a major procedure with extended downtime, they will have several lesser procedures to obtain a cumulative result.

Lower End of the Spectrum

Most surgeons do not think about resurfacing with laser wavelengths on the lower end of the electromagnetic spectrum. Although the 532-nm potassium titanyl phosphate laser is excellent for treating spider veins and pigmented lesions,6 it can also be successfully used to resurface the skin.

The development of computerized scanning handpieces allows large areas of skin to be treated with the 532-nm wavelength. Because this wavelength has proven very successful when treating lesions containing hemoglobin or melanin, it makes sense that when applied to the entire face it would improve “reds” and “browns,” as well as induce new collagen to improve skin health and appearance.

This laser wavelength is also used in a fractionated manner to leave untreated areas between laser microburns. This method of resurfacing produces not a weeping wound, but rather a brownish hue that is the result of the microburns spaced between untreated tissue. The recovery is similar to other fractionated resurfacing methods: between 3 and 5 days. Similarly, mild to moderate improvement is seen with ectatic vessels, skin pigmentation, and textural smoothness.

It is very important that cosmetic surgeons do not oversell the effects of the minimally ablative technologies.7 Patients must be given realistic information about the anticipated degree of improvement and downtimes. Failure to do this can cause these procedures to backfire on the reputation of the practice.

Judging from the advances provided over the past 20 years, it is very exciting to anticipate the changes in the next 20 years. Inevitably, many exciting options are around the corner for both physicians and patients. 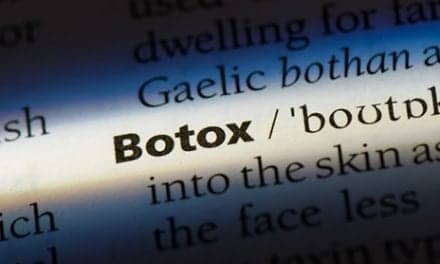 This Collagen-Infused Drink Is an Ingestible Anti-Ager