A study published in the February issue of Plastic and Reconstructive Surgery shows that the consumption of herbal supplements, in rare cases, might add to the complications from surgery. The report also indicates that surgeons performing such surgeries are unaware of the supplements’ effects, or even that their patients are taking them.

“In one sense, it seems ironic that something like taking a natural substance is being used by people getting plastic surgery,” says James Bradley, MD, associate professor of surgery at the University of California, Los Angeles (UCLA). “But when you look at it carefully, that population is looking for self-improvement. They are using both herbs and plastic surgery to rejuvenate themselves.”

The study compared 100 adults (95 women and five men) older than age 40 who went to UCLA for aesthetic plastic surgery treatments with 100 adults of a similar gender distribution who did not undergo surgery. The researchers found that the herbs and supplements most commonly used by the patients were ephedra (18%), chondroitin (18%), echinacea (14%), and glucosamine (10%). All of the patients who took herbs used at least two supplements, and at least one every day.

The study also surveyed 50 surgeons and found that they were familiar with the side effects of ephedra, which has been taken off the market since the study was completed because it can cause high blood pressure and stroke. In addition, one third of the surgeons knew that the supplement chondroitin has been associated with excessive bleeding. However, Bradley says, they did not know about the potential side effects of most of the other herbs or supplements because they did not study herbs in medical school. According to Bradley, only one anecdotal report of heavy bleeding after a facelift from herbal ingestion (in this case, garlic) during or after plastic surgery has been cited.

“I would stop most things 10 days before surgery,” says Mary Hardy, MD, codirector of the Integrative Medicine Program at the Venice Family Clinic in Los Angeles. “I would be particularly careful of herbs and supplements that might effect platelet function, such as ginkgo biloba, garlic, ginseng, fish oil, and vitamin E.”

The Coalition to Stop Medical Taxes has applauded the introduction of a bill (A2282) that repeals New Jersey’s tax on aesthetic-surgery procedures. The tax, which was enacted in 2004 by the New Jersey Legislature, has not generated the expected amount of revenue.

“As a physician, I was very concerned about the detrimental effects this tax could have on patients and the medical community, not to mention the integrity of the health care system,” says Peter Hetzler, MD, past president of the New Jersey Society of Plastic Surgeons.

New Jersey was the first and only state so far to tax aesthetic procedures. The tax was predicted to generate $24 million in its first year, but brought in only $7.8 million. Despite the shortfall, lawmakers in states throughout the country saw a tax on aesthetic procedures as a viable means to offset state budget shortfalls. However, the poor revenue generated by the tax illustrated the inadequacy of the law. Despite some attempts during 2005, no other state passed a similar law.

“We greatly respect the fact that Assemblyman Cryan has taken the step to repeal this tax,” says Bruce Cunningham, MD, president of the American Society of Plastic Surgeons. “States around the country are grappling with funding issues. But taxing medical procedures is simply not the answer.”

“Getting your hormones to the levels of a healthy 25-year-old not only promotes better fat loss, but may also promote more lean muscle mass; tighter, firmer, wrinkle-free skin; and a more youthful appearance overall, which is what most of my patients want,” Rodriguez says.

According to Rodriguez, Slim­jection does not require any anesthesia and offers a safer and less expensive option for patients. The procedure involves a series of $350 to $500 treatment sessions over several weeks to obtain long-term results. The only side effect reported is minor bruising.

“The payoff is a more desirable body contour with no downtime or recovery period,” Rodriguez says. “With balanced hormones, you’ll be healthier overall, something I cannot deliver with the scalpel alone.”

On March 1, the US Food and Drug Administration (FDA) and the manufacturers of isotretinoin (Accutane® and its generics, a drug used to treat severe recalcitrant nodular acne) implemented the iPLEDGE program to educate women about the risks of becoming pregnant while taking the drug.

iPLEDGE, developed through a cooperative effort of several iso­tretinoin manufacturers, seeks to reduce the risk of inadvertent pregnancy exposure by making the drug available only to women who have had a negative pregnancy test. The drug is also known to cause birth defects and depression.

The FDA has worked closely with the distributor of the drug, Covance Inc, to maintain a critical balance between access to the drug by patients who need it and ensuring its safe use. Some measures undertaken by the FDA to implement the drug’s safety include an increase in iPLEDGE call-center staffing to handle the expected increases in call volume and user questions, as well as an enhanced system to process requests for new passwords by users who have forgotten or lost their original passwords.

To obtain the drug, in addition to registering with iPLEDGE, patients must comply with a number of requirements that include completing an informed consent form, obtaining counseling about the risks for safe use of the drug, and complying with necessary pregnancy testing.

Jim E. Gilmore, MD, of Dallas, has been named president of the American Academy of Cosmetic Surgery (AACS) for the 2006 term.

According to “Beauty & the Beasts,” in the March 6 issue of People magazine, meditourism—in which travelers combine exotic trips with plastic surgery—is a booming trend. Meditourism not only allows patients to recuperate after their surgery in a breathtaking setting, it also offers patients more for their money.

“I don’t think there’s a bigger risk of me dying in Africa than in the US,” said Kristie Allen, a Georgia mother of two who traveled to South Africa for plastic surgery. “If it’s my time to go, it’s my time to go.”

South Africa proved alluring to Allen, who signed up for an abdominoplasty and liposuction with Mediscapes and South African plastic surgeon Don Hudson, MD, of the University of Cape Town Private Academic Hospital, who was in charge of sculpting her body after her 80-pound weight loss.

Five days after her surgery, an airline strike forced Allen to fly home a day early, and it did not leave her enough time to return to the hospital to have her stitches removed. When Mediscape learned of her decision, it sent a nurse to remove her stitches in an airport bathroom,which eliminated the possibility that the sutures could come undone on the plane.

Six months after her surgery, Allen reported that she hasn’t suffered any ill effects from her overseas operation. “My skin healed really well,” Allen said. “I should have [also] done my buttocks.”

According to the results of the 2005 Procedural Data survey conducted by the American Academy of Cosmetic Surgery (AACS), liposuction is the nation’s most popular surgical procedure; botulinum toxin Type A injections are the most popular nonsurgical aesthetic procedure.

The results showed that of all the aesthetic procedures performed, 30% were surgical, compared to an estimated 32% in 2002 and 2003. The increase in noninvasive procedures was attributed to how quickly they can be performed: between 10 and 20 minutes, on average. The report also included the price ranges of the procedures performed.

“As plastic surgeons, we fully recognize the revolutionary prospects of facial transplantation,” says William C. Peder­son, MD, president of ASRM. “We just need to make sure that we approach this challenge having reflected on all the possibilities for both the patient and the surgical team.”

The principles address issues such as appropriate patient and medical-facility selection, patient in­formed consent, patient psychological evaluation, proper institutional oversight, and the ethics of the procedure.

The US Food and Drug Administration has granted regulatory clearance to the ThermaCool™ system by Thermage® to allow clinicians to perform off-face noninvasive treatments of wrinkles. Until now, the system was used in the United States to treat wrinkles in the periorbital region and the mid- to lower face.

“This clearance is very exciting for me, as I see using Thermage noninvasive, no- downtime procedures for off-face applications as a big opportunity in the aesthetic marketplace,” says Flor A. May­oral, MD, who practices in South Miami, Fla.

It is expected that Body by Ther­mage™ will ultimately include procedures for the treatment of the arms, ab­domen, thighs, buttocks, legs, and hands. 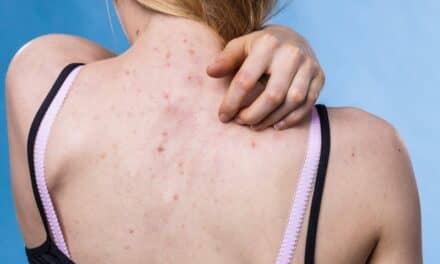 What Causes Back Acne? 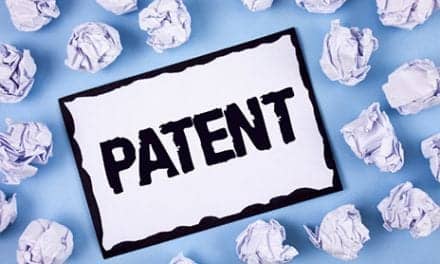 uBiome Awarded Patent for the Characterization of Skin-Related Conditions