It doesn’t take a rocket scientist to tell you your skin is aging. (I don’t care if you’re 20 — your skin has taken some hits since infancy.) But it does take one heck of a geneticist to figure out how to throw that whole chain reaction into reverse. Scientists have known for a while that the molecule NAD (mercifully short for nicotinamide adenine dinucleotide) helps lessen the damage that oxidation from pollution, the sun, and, you know, generally not living in a bubble does to your skin cells. But new research from Harvard Medical School just revealed exactly how that process can be controlled.

See, when cells are exposed to radiation, a bad-guy protein known as DBC1 binds with PARP1, an innocent protein that would otherwise repair your messed-up DNA. Think of DBC1 as the deadbeat boyfriend distracting your really talented friend from fulfilling her life’s purpose. Discovering the fountain of life, perhaps. Anyway, let’s bring NAD back into the picture. When NAD is around, it binds to that deadbeat dude, DBC1, so he can’t hook up with PARP1 anymore and she can do her anti-aging thing!

Which brings us to another important point: Your body naturally has NAD, but those levels sink as you get older. That’s where the Harvard researchers’ real breakthrough comes in: They figured out that by lacing mice’s water with absorbable building blocks of the NAD molecule, they were able to bring those levels back up to the levels of mice that were years younger. And it made a huge difference in their bodies: It not only repaired existing damage but also prevented further damage.

Which — listen up — has everything to do with your skin: “If one is able to repair DNA at the cellular level, it’s possible to reverse cellular abnormalities and stop not only the progression of skin cancer but also sun damage and collagen and elastic damage that causes wrinkles and lines,” says Dr. Gary Goldenberg, an assistant clinical professor of dermatology at the Icahn School of Medicine at Mount Sinai in New York City. In essence, if we (well, the author of the study and his colleagues) can figure out how to make NAD work to our advantage, it would be a recipe for clear, smooth, lineless skin — without the gallons of skin-care products and injectables and fillers we’re currently using to get the same effects. 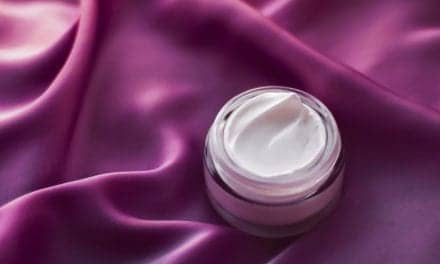 9 Ingredients to Avoid If You Have Sensitive Skin