Eleven Cleveland Clinic surgeons and a team of specialists performed the hospital’s first total face transplant in May, replacing 100% of the facial tissue for a 21-year-old woman who suffered from a gunshot wound as a teenager, the health system announced Tuesday, July 18.

The 31-hour surgery was the Clinic’s third face transplant since it became the first U.S. hospital to perform the operation in December 2008. This year’s May 11 surgery included transplantation of the scalp, forehead, upper and lower eyelids, eye sockets, nose, upper cheeks, upper jaw and half of lower jaw, upper teeth, lower teeth, partial facial nerves, facial muscles and skin, according to a news release.

The transplant team used surgical rehearsal, 3D printing and virtual reality to plan for the operation, which helped optimize accuracy, aesthetic and functional outcomes for the transplant.

The recipient, whom the Clinic did not name in the release, suffered severe facial trauma and other complications from the gunshot. She is the youngest patient in the United States to receive a face transplant, a procedure conducted by only six institutions in the country.

“I am forever grateful for the care this hospital has given me and continues to offer on my journey of recovery and healing,” the recipient said in a prepared statement. “To call my surgeons, physicians, nurses and caregivers ‘world class’ would be an understatement. And to my donor and her family — words cannot express the appreciation I have for this incredible gift. With a grateful heart, I say ‘thank you’ to all who have made this possible for me.”

Since the procedure, she is walking, talking and will begin eating orally soon, according to the release. The patient will go through rehabilitation therapy, including physical, occupational, speech and swallowing therapy. The surgery is expected to allow the patient to speak more clearly, better express emotions and to more effectively breathe, chew and swallow, as well as improve physiological, psychological and social functions, according to the release.

The transplant team’s goal in reviewing the patient’s case included a transplant, because facial reconstruction alone wouldn’t correct facial disfigurement or improve her quality of life, according to the release.

In a prepared statement, Dr. Frank Papay, chairman of the Dermatology and Plastic Surgery Institute, said that plastic surgery is about restoring form and function, and the patient had “extremely poor function and form,” prior to the surgery.

“Our job in reconstruction is to weigh the risk versus the benefit of doing face transplantation, and we felt the risk was well worth it to give this patient better function, better social form and, ultimately, a better life,” Papay said. “Advances in face transplantation are an example of the Cleveland Clinic’s collaborative innovation. We’re much more capable together than we are individually, and I’m extremely proud of this team for their commitment to making a difference in this patient’s life.”

The transplant was supported by the U.S. Department of Defense’s Armed Forces Institute of Regenerative Medicine I (AFIRM I) grant program, created in 2008 as a major investment to alleviate suffering for patients in need of restorative therapies, according to the release.

As part of that program, the Rutgers-Cleveland Clinic Consortium is committed to advances in regenerative medicine to improve treatment for U.S. service members wounded on the battlefield, according to the release. 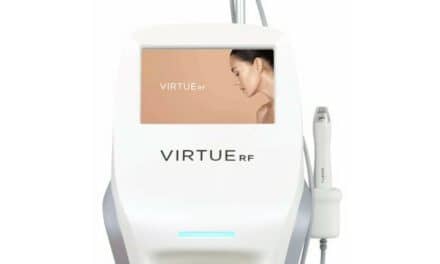 Navigating the Depths of the Tear Trough

9 Effective Ways to Get Rid of Cellulite