Gone Are the Knives and Bandages: Discover the Walk-In Beauty Bars That Will Blitz Your Wrinkles – and Even Give an Instant Facelift – In Just 20 Minutes

Time was when any anti-ageing beauty treatment that actually worked was, frankly, both daunting and time-consuming.

Skin peels involved acids with intimidating chemical names, applied by a nurse wearing a face mask. The flaking that followed was Freddy Krueger-esque and necessitated skulking about for at least three days with your upper face covered in shades and your chin swathed in a scarf.

Lasers, meanwhile, were delivered via huge, noisy machines operated by stern-looking doctors. The treatments felt like being burned with hot pokers and were to be endured rather than enjoyed.

Then there were the waiting lists. Heaven forbid should you request an appointment the next day. Or even the next week. The anti-ageing gurus were like gods — willing only to offer help at a time and place of their choosing.

Thankfully, that’s all changing. Some youth-restoring treatments are now so subtle, so varied and so sophisticated that they don’t need to be performed in clinical settings by doctors with letters after their names.

This means that the emphasis has moved squarely to what the industry calls ‘patient experience’. In other words, the clinics know that you have the power to shop around and the onus is on them to make anti-ageing treatments as accessible and pleasurable as possible.

These days you can drop in — without an appointment — at a time and place to suit you and order your treatment off a menu in rather the same way that you might order a coffee. 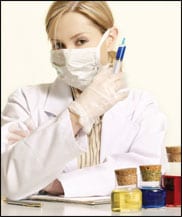 Here’s Why You Should Consider an Eyelid Lift