Hurricane Sandy pummeled the East Coast as thousands of surgeons gathered for the American Society of Plastic Surgeons (ASPS) annual conference: Plastic Surgery the Meeting in New Orleans (which is somewhat ironically the home of the Hurricane).

The weather in NOLA was largely bright and sunny, and natives were quick to dispense advice on hurricane survival to nervous visitors.  Still fears of getting marooned in the Big Easy were certainly not enough to rain on the ASPS Parade – literally.  Plastic surgeon revelers were treated to a NOLA-style parade over to Mardi Gras World after a lively and festive opening ceremony.

The ceremony had the feel of a Broadway show – bright lights, shiny, metallic beads and lots of fanfare as Past ASPS Presidents, big-ticket donors and award winners strutted their stuff on stage. The room also observed a moment of silence to mourn the passing of Daniel Marchac, MD, a higly-respected craniofacial surgeon from Paris.

Singer Jewel announced the Patients of Courage award winners via video. All five were breast cancers survivors in honor of the first annual Breast Reconstruction Awareness (BRA) Day USA. Inspiring and fearless women including Beth Borden-Goodman of Decatur, Georgia aka the Premiere Pink Diva were honored for their efforts in helping other women facing breast cancer and mastectomy.

Immediate past President Malcolm Z. Roth, MD, of Albany, NY reflected on 2012 — a banner year for ASPS  that included the first Bra Day initiative to make sure women are informed about their breast reconstruction options, and a far-reaching campaign aimed at eliminating white coat deception and educating the public on the importance of board certification.

The keynote speakers were none other than James Carville and Mary Matalin who bantered about the upcoming election with Roth as moderator.  Matalin seemed (nor surprisingly) sure that Frmr Massachusetts Governor Mitt Romney would win, while Carville said that how the candidates deal with Sandy may affect the results.

Earlier in the day, hot topics were spicy – of the Cajun variety with debates over how to best treat cellulite and the use of high profile breast implants. Surgeons also discussed new toxins in the pike, Botox alternatives and technologies such as Venus Freeze, Exilis,Vaser Shape and Galaflex Mesh which are making names for themselves.

All in all, a great meeting for media, exhibitors and surgeons alike. But perhaps Carville summed up the revelry best when comparing Beverly Hills to NOLA: 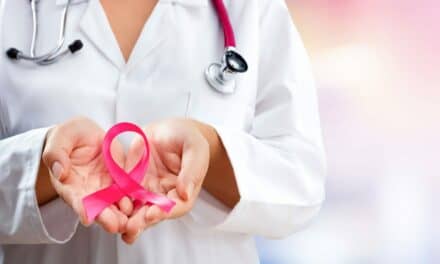