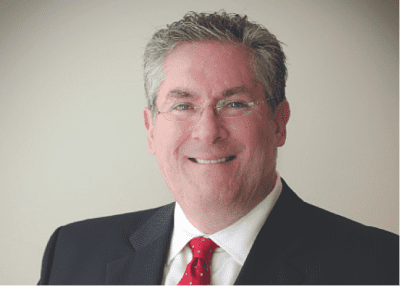 When Emilio Justo, MD, began his practice in 1989 as an ophthalmologist in the mainly retirement community of Sun City, Ariz, he was already performing many oculoplastic surgery procedures, such as blepharoplasties. Then in the 1990s, CO2 lasers were introduced for private practices, and Justo realized that this new cutting-edge technology not only could enhance his ocular surgeries, but they could also help to rejuvenate his patients beyond their eyes.

It was the eventual introduction of the CO2 laser to his ophthalmology practice that began Justo’s evolution toward adding cosmetic blepharoplasties and other cosmetic procedures. Justo says, “Cosmetic surgery was just a natural evolution of my liking and affinity for the whole oculoplastic realm, taking it one step further. Certain dermatologists were doing cosmetic procedures, and there are many ear, nose, and throat physicians, but for ophthalmologists, there were really just a limited number, even though oculoplastics is part of our specialty.”

Justo trained with Jeffrey Klein, MD, often credited as the inventor of the tumescent liposuction technique, as well as other notable cosmetic surgeons, such as Richard Fitzpatrick, Anthony Geroulis, and Angelo Cuzalina, and others.

Although he spent more than 3 years of postgraduate courses training for cosmetic surgery procedures, Justo’s goal was never to leave ophthalmology. Today, his Arizona Eye Institute & Cosmetic Laser Center is a natural hybrid of clinical ophthalmology and an aesthetic plastic surgery practice for the Sun City West, Ariz, community.

From Havana to Sun City West

If managing two office locations and two medical disciplines within the same practice sounds challenging, Justo credits his success to the work ethic fostered from his parents and their decision to emigrate from Cuba during the heart of the Cold War.

Justo was only 3 years old when he emigrated with his parents to Indiana and eventually to a small town in Missouri. Naturally a seeker of knowledge, the young Justo quickly learned English and excelled at school in his adopted country.

By the time he reached high school, Justo knew he wanted to become a physician and was selected to attend the University of Michigan’s prestigious Integrated Pre-medical/Medical Program, completing his BS and MD degrees at the age of 23.

At his residency at Washington Hospital Center in Washington, DC, Justo eventually chose to focus on ophthalmology and began to perform many “in the trenches” oculoplastic surgeries.

Completing his residency in 1989, Justo found a position in Sun City, Ariz, and prepared for a new life and career in ophthalmology that would serve the needs of its mainly retired demographic. The original plan was to spend at least several years alongside his employer, an established Sun City community clinician, and then one day branch off into his own practice. However, those plans were unexpectedly turned upside-down shortly after he arrived at his new practice.

Less than 6 months after settling into his new position in Sun City, Justo faced a problem that was—initially—beyond his surgical skills: The owner of his new practice suddenly became ill and decided to retire. Justo had a choice of either purchasing the practice or finding another practice, perhaps in another city.

Confident in his skills and relying on the model of his Cuban immigrant work ethic, Justo accepted the solo practice opportunity. Consequently, on January 1, 1990, Emilio Justo, MD, became the full owner of a private ophthalmology practice—and all of its financial and employee responsibilities. He was only 27 years old.

As a brand new CEO without assets and a virtual stranger to existing patients, Justo was immediately faced with two challenges. First, he had to retain the practice’s patients. Second, he had to establish a line of credit with a local bank that would enable him to pay his expenses as he grew the practice and waited for insurance reimbursements.

Justo remembers, “I was only 27, so I had one heck of a time finding any bank to give me an unsecured loan to pay salary and rent. I was only asking for $50,000, but every bank wanted collateral, and I didn’t have a house. Nobody seemed to care that I had just moved into town and unexpectedly taken over this practice.”

Determined as ever, Justo finally found a community bank to take a risk on a young ophthalmologist and entrepreneur, and it paid off in spades.

Justo now has two locations that serve the greater Phoenix area. One highly visible office location is in Sun City at one of the busiest intersections in the area, where Justo and optometry colleagues mainly see ophthalmology patients. His flagship surgical facility is located in Sun City West.

Designed for Justo’s two medical specialties, the Center is the only ophthalmology and cosmetic surgery-specific accredited outpatient surgery center in Sun City West and the neighboring geographic region.

Today, Justo is well-known in the greater Phoenix area for his cosmetic and functional laser blepharoplasty. His clientele include not only Sun City-area retirees, but also Phoenix television news personalities and Baby Boomers from outside of Sun City.

Positive word-of-mouth recommendations from patients have also contributed to his growth over the years—and not just from seniors in the surrounding retirement communities. Justo estimates that a third of his patients travel from areas such as Glendale, Peoria, Surprise, and as far as Wickenburg and Scottsdale, and many are in their 40s and 50s.

“Surprisingly, we’ve stayed super busy throughout the recession,” he says. Despite being in their 60s and 70s, Justo says that the demand for cosmetic procedures from his active retiree ophthalmology clients has remained strong.

Beyond the referrals from eye care patients, Justo also receives many word-of-mouth referrals from his younger cosmetic clients from the greater Phoenix area.

“In the last 2 years, I’ve had an incredible group of women who are all flight attendants, and they’ve referred perhaps 40 to 50 fellow flight attendants for blepharoplasty,” Justo says. “Almost all of them are from the polar opposite of where we’re located, and most are coming from Mesa, Chandler, and Gilbert, which is the far southeast part of Phoenix. So, they’re driving over an hour, but not a single one complains.”

Justo performs a dozen or more eyelid surgeries per week, correcting the upper eyelids both for aesthetic enhancement as well as functionally to help improve peripheral vision, brow strain, and visual fatigue.

He routinely uses the CO2 laser to perform transconjunctival incisions hidden inside the lower eyelid, in order to remove fatty pouches while simultaneously performing periocular laser resurfacing to rejuvenate the eyes by reducing fine lines and wrinkles.

Justo remains almost equally dedicated between his cosmetic surgery and ophthalmology responsibilities, spending an equal amount of time in each area of expertise. Both his Sun City and Sun City West offices are staffed full time, allowing Justo to focus 1 day in Sun City doing initial eye exams and follow-ups for mainly Sun City retirees. The other 4 days are spent at the Sun City West location to perform both types of surgery, allotting 1 day each for aesthetic surgeries and cataract surgeries.

“I operate at the Sun City West center
2 full days a week, at minimum, Mondays and Wednesdays,” Justo says. Typically, cataract and eye surgeries are performed on Mondays. Tuesdays, he’s in the Sun City office; Wednesdays are reserved in Sun City West for his eyelid and plastic surgeries. Thursdays are for follow-up and cosmetic surgery consultations, as well as for administering nonsurgical aesthetic treatments, such as Botox and tissue fillers. Fridays are for eye exams and cataract surgery consultations.

In addition to offering Botox, and Dysport, as well as other dermal treatments such as Restylane, Juvéderm, Perlane, Radiesse, and Sculptra, Justo’s staff of nurses complements his work with permanent cosmetic makeup, laser hair and tattoo removal, sclerotherapy, microdermabrasion, and skin rejuvenation.

Justo admits that he could not balance his surgical and office visit time without his experienced and caring support and nursing staff.

“There are only so many hours in a day, and
5 days in the week. So if I’m operating 2 days a week, that only gives me 3 days to see postoperative patients, to see consultations and perform eye exams, and to do my Botox and fillers. It’s a very difficult balancing act,” he says.

To help facilitate more surgeries and offer a wider array of services, Justo employs four RNs for various surgical and nonsurgical procedures. One RN is a certified aesthetic laser nurse who does hair removal, laser tattoo removal, and Obagi Nu-Derm skin care and Obagi Blue Peel. Another staff member is a Certified Permanent Makeup Cosmetic Professional, who has been with Justo for over 12 years and who does the practice’s permanent makeup, such as eyeliner, brows, and lips.

“It’s always a delicate balance, because clearly a lot of these patients have been seeing me for years, and I don’t want them to feel like I’m abandoning them or that they’re not important enough. Every patient is valued immensely within our practice, but physically, one can only do so much. So, we encourage the philosophy that the first line of examination, as it relates to the eyes, is to consult with one of our optometrists first. If the optometrist feels like there’s something they need a second opinion on, or they need a surgical evaluation, then they’ll quickly get the patient in to see me.”

Steady Growth for the Future

Despite his embracing new laser technologies, Justo says he is very cautious and conservative at jumping into the latest fad cosmetic technologies.

“I’ve just learned through experience that there’s a lot of propaganda out there, and you may go to a seminar and they’ll hype the latest, greatest technology, but one year later it will be gone. What we do in our practice, we do beautifully well with technology that we know works well and gives beautiful results.

“We have a reputation for certain things, and we want to excel and be the best at them. Certain practices try to do everything that they possibly can, and that’s not our goal. Our goal is to have a limited repertoire of things that we offer, and those things we’re going to do exceptionally well.”

Besides his staff and his conservative approach to his practice, Justo credits much of his success to the support and love of his family and faith. He has been married to his wife, Allison, for
10 years. Together, they have two boys, ages
8 and 5, and an 18-month-old daughter.

Plastic Surgery Up in Azerbaijan

Why More Men Are Getting Plastic Surgery Right Now