Nonablative skin resurfacing was developed to circumvent the potential adverse reactions that many clinicians saw when they were performing more invasive procedures, such as microdermabrasion, chemical peeling, and ablative laser resurfacing. Both the carbon dioxide (CO2) and Erb: YAG lasers, although wonderful resurfacing tools, are associated with downtime for the patient. This downtime involves a period of healing that typically lasts at least 1 week. Furthermore, the potential for hyperpigmentation and hypopigmentation, as well as scarring, exists in all cases of invasive, ablative laser resurfacing.

A form of hypopigmentation seen after 6 months in some individuals following ablative laser resurfacing makes these procedures less attractive over time in many laser surgeons’ hands. The use of ablative laser resurfacing has again recently become popular with the advent of computerized scanning with the Erb:YAG laser systems, creating the so-called “micro laser peels.” These have recently become more and more routine and are part of the rejuvenation process in select individuals. A clinical example of a micro laser peel is shown in the top left figure on page 34.

As people age, their skin undergoes both intrinsic and extrinsic aging. Intrinsic aging predominantly involves genetic factors, whereas extrinsic aging is influenced by ultraviolet light exposure and smoking. As a result, various signs appear on the skin surface, including changes in skin texture with the development of wrinkles, pigmentary dyschromias, and telangectasias, as well as the formation of actinic keratoses and potential skin malignancies.

Photorejuvenation with IPL technology grew out of the work of a group of dedicated clinical investigators who found that by using noncoherent, polychromatic light, various changes could be accomplished on and below the skin surface. These changes altered the majority of the signs seen with photodamaged skin. IPL devices, by definition, satisfy the principles of selective photothermolysis—that is, the wavelengths of light produced with the IPL are absorbed by specific chromophores in the skin, either hemoglobin or melanin. The chromophores, or targets, are selectively destroyed without collateral damage to surrounding tissues or structures. Most IPL systems use a series of cutoff filters—either actual quartz filters or multiple handpieces designed to filter light—and can function in the wavelength range of 500–1200 nm of light. With these cutoff filters, only desirable wavelengths are used.1

Not New, but Better

IPL therapy is not new; IPL devices have been used in clinical laser medicine for more than 12 years. IPL systems of today are, however, far better and more sophisticated than were the majority of the earlier devices. These devices originally required a steep learning curve, and parameters had to be defined prior to their operation. The early devices were not as easy to use as true laser systems, and many clinicians were not comfortable with them. Now, clinical presets and default parameters built into IPL system software programs are common in most of the devices currently available on the market. Also, the early IPLs were not as predictable for the clinician as the IPL devices that are currently available. In fact, today, every major laser company either has developed or distributes an IPL device for photorejuvenation.

Photorejuvenation is a noninvasive, nonablative process that uses gentler  parameters than were used for most early IPL procedures. The treatments are given to the entire face in a series to improve various irregularities. The newer devices available for photorejuvenation are more predictable, as indicated, and are proven to cause the desired effect of photorejuvenation with little or no patient downtime, making this procedure very popular for patients and clinicians alike. As with all procedures, however, adverse events can occur. These include blistering and skin burning, hyperpigmentation and hypopigmentation, and, rarely, scarring. With IPL photorejuvenation, these adverse events are usually minimal and are easily treated by knowledgeable physicians.

The concept of photorejuvenation was elucidated several years ago. Bitter2 reported on 49 patients with skin types I–III and various degrees of photodamage. More than 90% of these individuals showed a response to these IPL treatments with regard to their photodamage, including wrinkles, skin texture, pigmentary dyschromias, and te­lan­gectasias. A similar study by Negishi et al3 showed improvement in darker-skinned Asian pa­tients with photodamage as well. Gold­berg4 looked at the ultrastructural changes seen with photorejuvenation and showed that epidermal thickness and skin elasticity improved, and new collagen was produced. Weiss et al5 published a 5-year retrospective analysis from their patient population who had undergone photorejuvenation, and they found that patient satisfaction was high.

1) benign vascular lesions, including telangectasias, symptoms of rosacea, and flushing;

4) collagenous and connective tissue changes; and

Patients may develop elements from either of these groups and may manifest with changes from both groups. Recently, a type III photorejuvenation has been described that involves those with more advanced changes in the skin, including actinic keratoses and early nonmelanoma skin cancers.

ALA is a photosensitizer that, when applied to the skin, is converted to its active form, protoporphyrin IX (PpIX). PpIX is absorbed into actinically damaged cells and skin cancers, as well as sebaceous glands; and when activated by IPL, it produces molecular oxygen, which destroys the affected cell in a selective pattern. Clinical research initiatives have shown that ALA–IPL therapy is effective for photorejuvenation. ALA enhances the IPL treatment and can potentially accomplish the desired result in one to three treatments instead of four to six without ALA.8

A variety of IPL devices are now available on the market. Physicians often ask us which IPL is best and which one they should purchase. It is always difficult to recommend one particular machine over another. We routinely tell physicians that they should find and work with reputable companies with reputable machines and service policies to ensure their success.

Photorejuvenation is a nonablative cosmetic procedure that results in healthier, better-looking skin with no downtime. It works through a series of IPL treatments designed to effect changes in and on the skin, which ultimately reverse both the intrinsic and extrinsic signs of aging. The procedures are safe, reliable, and predictable. Adverse events (mainly hyperpigmentation, hypopigmentation, and scarring), although they can occur, are usually minimal with the newer IPL devices. n

Michael H. Gold, MD, is a board-certified dermatologist and founder of Gold Skin Care Center and Advanced Aesthetics Medi Spa in Nashville. He can be reached at (615) 383-2400. 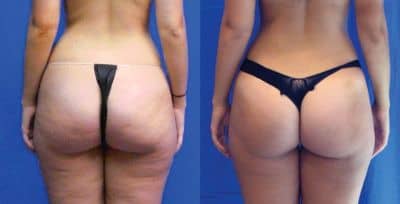