New York City-based cosmetic dermatologist and clinical trialist Bruce E. Katz, MD, has put a face on some of the hottest and most enduring aesthetic devices and procedures that have come out of the gates in recent years.

He was talking about Cynosure’s SmartLipo long before anyone knew what laser energy could add to traditional liposuction results, and he made the media rounds big time when Cynosure’s anti-cellulite laser Cellulaze first hit the scene in summer 2013.

And now Katz is quickly becoming a valued resource for what many call the final frontier in cosmetic surgery—noninvasive vaginal rejuvenation. Often referred to as designer vaginas, vontouring, or a host of other edgy and campy terms, noninvasive vaginal rejuvenation is more of a movement than a trend—which means that it is here to stay. In 2014, there was close to a 50% jump in the number of labiaplasty performed compared to 2013, according to the American Society for Aesthetic Plastic Surgery.

“Buttock augmentation is a fad and a fashion. It might look good for a while, but it’s not something that will stand the test of time because fashions change. Vaginal rejuvenation meets physical, cosmetic, and psychological needs,” says Katz, a clinical professor of dermatology at The Mount Sinai School of Medicine, director of the Cosmetic Surgery & Laser Clinic at Mount Sinai Medical Center, and director of the Juva Skin & Laser Center in New York.

One thing is for sure, popular culture played a role in siring the procedures’ meteoric rise. First came the “Brazilian Bikini wax”—an all-gone approach to pubic hair made famous on HBO’s Sex and the City. Women began showing more skin than ever, so private parts once masked now took front and center. Factor in the Internet, where viral sex tapes do more than propel reality stars to infamy; they also expose millions of eyes to regions once left largely to the imagination.

“It’s visible, so that is the first order,” Katz says of the rise in requests for these procedures.

Some women realized they didn’t look like other women down there. Others noticed sagging or experienced issues with incontinence, dryness, and/or sexual gratification. These can be congenital, a side effect of childbirth, and/or part and parcel with advancing age.

Resulting low genital self-esteem can worsen existing problems, according to studies out of the Kinsey Institute for Research in Sex, Gender and Reproduction. Women who feel negatively about female genitalia find it harder to have an orgasm and are less likely to get regular gynecological exams. They are also often more critical of their own genitals—and other women’s—than men are, the Kinsey researchers note.

“The external labia starts to become loose and saggy and unappealing around the same time that menopause or perimenopause takes effect, and the first thing women notice is external appearance, but this is not the biggest issue for women who want to feel younger or more youthful,” explains urogynecologist Red Alinsod, MD, the director and owner of South Coast Urogynecology the Alinsod Institute for Aesthetic Vaginal Surgery in Laguna Beach, Calif. “Most of the time, image concerns are relatively minor compared to vaginal dryness, overactive bladder (leaking), and the reduction in their ability to have an orgasm,” he says.

“The American Congress of Obstetricians and Gynecologists does not have a position on non or minimally invasive vaginal rejuvenation techniques at this time,” according to a spokesperson. They do, however, come out against surgical rejuvenation procedures that are not medically indicated, and those where the safety and effectiveness have not been documented.

“Medically indicated surgical procedures may include reversal or repair of female genital cutting and treatment for labial hypertrophy or asymmetrical labial growth secondary to congenital conditions, chronic irritation, or excessive androgenic hormones,” they state in a position statement that was reaffirmed in 2014.

“Other procedures, including vaginal rejuvenation, designer vaginoplasty, revirgination, and G-spot amplification, are not medically indicated, and the safety and effectiveness of these procedures have not been documented. No adequate studies have been published assessing the long-term satisfaction, safety, and complication rates for these procedures.”[/sidebar]

“Women have always had these issues, but surgery was the only alternative, and most women weren’t interested in surgery along with its risks and requisite downtime,” Katz says. Now there are several devices that target the same issues. “There is no downtime, it’s not painful, and it works,” he says.

Another factor that has resulted in the increased acceptance of these procedures is the halting of the estrogen-plus-progestin arm of the Women’s Health Initiative (WHI), and hormone replacement therapy (HRT)’s dramatic fall from grace.

Widely used up until 2002, HRT was found to increase risk for heart disease, strokes, breast cancer, and blood clots in the WHI. Use of HRT plummeted soon after the news was announced, leaving many women to fend for themselves when faced with the symptoms of menopause.

Katz conducted the trials that led to FDA approval for some of the more popular devices—and he is very much behind the technologies that he offers, including Fractional CO2 laser resurfacing with Alma’s FemiLift™, a device that has been reconfigured to shoot sideways. FemiLift stimulates the collagen in the vagina to help tighten the skin and muscles, he says

“We know that it works and has really no side effects,” he says. “If you look at histology and biopsy results, you see the actual mucosa thickens, resulting in increased lubrication,” he says.

This is something that Alinsod, who developed ThermiVa, and is the chairman of ThermiAesthetics, knows quite a bit about. “Radiofrequency has been used for decades, and it’s safe,” he says.

“With this technology, we also see changes and tissue tightening and increased blood flow to the labia majora and clitoris, which improves sensitivities,” he says. “Treatment can reduce the time to achieve orgasm by an average of 50%,” he says. “We are getting such amazing results in 10 minutes. It works right away, and you can have sex that same night.”

In the not-too-distant future, “radiofrequency treatments will become the mainstay for overactive bladder, stress incontinence, atrophic vaginitis, and orgasmic dysfunction,” he predicts. “I haven’t prescribed an overactive bladder drug in a year because of how well ThermiVa works,” he says.

“The growth has been astounding,” Alinsod says, and it is largely fueled by dermatologists and cosmetic surgeons who now offer or plan to offer these sort of procedures.

“This is a dermatologic condition, not a gynecologic one,” Alinsod says. “What you are treating is skin. Whether vulva skin or facial skin, it’s skin, and skin responds to radiofrequency.”

Staying Ahead of Trends

This understanding is one of the reasons that Katz was so quick to embrace the various noninvasive modalities and invest in devices.

So how does he manage to always bet on the right horse? “It’s all about going to meetings and developing relationships with other doctors—including those outside of the US,” he says.

“I learned about SmartLipo in Brazil, where they first started using it, and I then trained with a doctor in Italy,” he says. As a result, Katz was the first dermatologist in the US to use SmartLipo, and the rest of that story is pretty much history—well-documented in the November 2006 issue of People magazine, where Katz is featured in the longest medical article ever published by People.

The fact that Katz conducts many studies of the devices when they are in the investigational stage also gives him an edge. His phone typically starts ringing soon after the US Food and Drug Administration (FDA) greenlights a technique, device, or procedure. “Once we get FDA approval, there is a good network of people who want to do stories about it in the media, and that gets the word out pretty quickly,” he says.

That’s when colleagues seek his counsel on what to buy. His advice is always the same: “The best way to know if a device is right for you is to treat some patients. Most companies will give you the device to try for a few weeks to see how it works with your patients.”

Any technology should be assessed with objective measures, he says. For SculpSure, a new fat-reduction laser by Cynosure that Katz is currently bullish about, “we use ultrasound at baseline and then compare it to changes at 6 and 12 months out to objectively measure and document any changes,” he says. This device recently scored FDA marketing approval and was being rolled out at press time.

SculpSure is “the iPhone of noninvasive fat removal,” he says. “The iPhone was not the first mobile phone, but it’s the market leader because Apple perfected it,” he says. “SculpSure is hands-free for the technician, and allow us to treat up to four areas at once in 25 minutes,” he says.

Regardless of bells and whistles, any new device or procedure must fill an important need or niche to truly add value to a practice, and this is why noninvasive vaginal rejuvenation techniques have managed to gain traction.

“It’s as much about form as it is function, and patients are embracing it,” he says. Still, talking about vaginal aesthetics can be a blush-worthy conversation, he admits.

“If they ask me about a procedure, I will have my nurse come in and talk to them about what it entails, and she is the one who performs the procedures,” he says. “We have literature in the office and send e-blasts to patients, so the women know there are alternatives if this is something that is an issue for them.”

This AI-Enabled Dermatology App Aims to Save Indians the Blushes 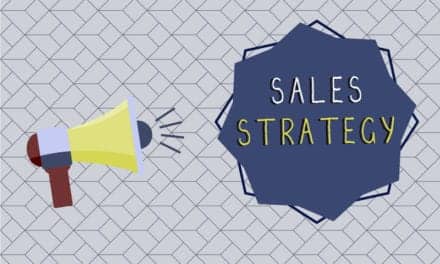 This Woman Knits Fake Boobs for Women With Breast Cancer