The Epicenter of the Recovery

In the past few months, I have heard from readers who are seeing business bounce back in spite of what the media says about the current recession and despite their being located in even the worst-hit areas.

One physician in southern Michigan recently told me that his workload has been increasing lately due to his increased efforts to trump his competition via improved media exposure, taking a more hands-on role in the day-to-day business, and working harder to develop ongoing relationships with patients by simply spending more time with them during consultations and beyond.

This is just one person’s approach. Don’t dwell on the negatives of the recession. Identify the places where you can drive business upward and tale responsibility for making changes.

THE POWER OF THE INDIVIDUAL

People are really stressed over the economy, and they are so stressed it is beginning to affect their behavior. There’s a real loss of faith in the American government—not only the political system but also the financial system. Many Americans are on edge when they witness and observe the fragility of all these systems.

You have the power to implement the constant change that must be on the permanent agenda of a successful practice of the future. It isn’t whereas before, that constant change might have been wilting. However, once you can embrace change and become proactive, you create opportunity.

It is the recovery that we must now turn to, as economists versed in the intricate arithmetic behind finance have predicted. Where will you be when the recovery starts?

That was one of the questions asked of several physicians whom we interviewed for one of our feature articles in this issue. In this issue, we address a few of the relevant issues that you and your practice face in coming to terms with the financial markets, both now and in the coming few years.

The theme is, be ready for the recovery, and be an active part of it.

There’s a generalized angst about the economy, from those who are just starting out to well-established practices teetering on the edge.

However, the pace of change in the aesthetic industry has sidelined even that drama. You may be a progressive, thoughtful person who thought you were embracing change and have come to realize the pace is too fast; and maybe the changes happening in your field, the marketplace, and the world are happening so fast you don’t want to deal with them. Don’t give it a second thought. You have to change. The good news is that not only is that situation not bad, it’s an opportunity.

You are 100% responsible for your life, and socioeconomic ups and downs have forced you to master your own domain. Only you can help you. Even if someone else wanted to help, they are too busy taking responsibility for themselves first.

The current situation is an opportunity to embrace the technology and a new perspective. You need to stay alert and do some thinking—intellect matters. Even if economies of the world and globalization of those economies are dragging down your business and your investments, you do not have to be a loser.

The potential to embrace change is an inspiration and challenge during the dark days of the recession. One must, however, take action. What that means for the plastic and cosmetic surgeon is that you can learn a whole host of new technologies and approaches in the context of that change. You can take this opportunity to evolve and to grow.

Now is a great time to return to the basics—to determine your own success based on self-reliance.

Taking the Guesswork Out of Hiring a Practice Manager 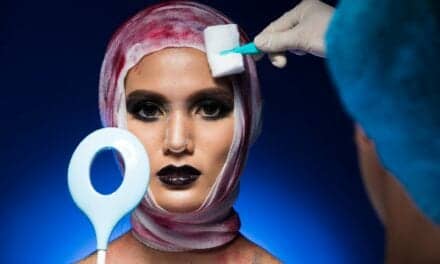