THE EYES: When One Plus One Equals Three 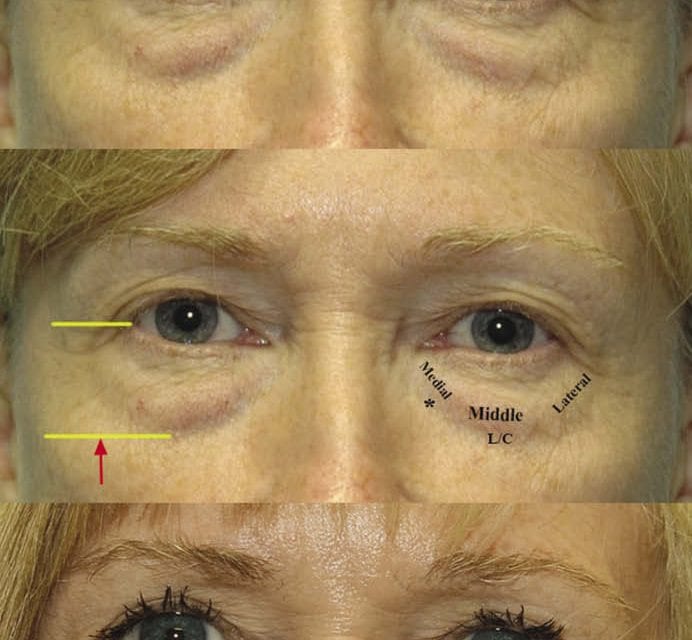 Many aesthetic patients are seeking rejuvenation of the peri-orbital area. The request is understandable considering the influence the peri-orbital area has on an individual’s outward appearance. Common complaints include eyes looking tired, sad, or simply old. Indeed, the peri-orbital area has the extraordinary capacity to either accurately express one’s emotional status, energy level, health, and age, or inadvertently communicate undesirable impressions when volume loss, excess skin, or pseudo-fat herniations are present. (Figure 1)

These “mistaken impressions” have real consequences. Several studies have demonstrated that tired, sad, and older-appearing eyes can have a negative effect on upward mobility in the workplace and place a damper on social life.1

Combining simultaneous autologous fat grafting with fat-repositioning lower blepharoplasty can dramatically improve the look of the peri-orbital area. Unfortunately, patients are usually offered techniques that center on the removal of skin and intra-orbital fat, thereby creating “a more aged and skeletonized appearance rather than a youthful appearance.”2 The continued prevalence of surgeons offering “subtractive” blepharoplasty techniques is surprising, given improvements seen with fat-preservation techniques. Indeed, the paradigm shift toward fat-preservation blepharoplasty began in the early 1980s and has achieved wider recognition with increased but not widespread use in the last decade.2-5

At about the same time fat-preservation techniques for blepharoplasty were becoming more recognized, surgeons using autologous fat augmentation began to publish their own positive results regarding peri-orbital rejuvenation. The concept had a similar slow, but steady evolution in acceptance.6 The presence of ample soft-tissue volume in the peri-orbital area has become acknowledged as an essential ingredient in true aesthetic peri-orbital rejuvenation. This can be accomplished by replenishing, by use of autologous fat augmentation, or retaining, by way of fat-preservation lower blepharoplasty.

It remains uncommon to combine the two techniques during the same surgery. Indeed, most surgeons who perform fat-preservation lower blepharoplasty do not use fat augmentation, and those surgeons who routinely perform autologous fat augmentation continue to use fat-subtractive over fat-preservation techniques for their lower blepharoplasties, typically through a transconjunctival approach.

The simultaneous use of the two techniques, however, can offer improved results over either procedure alone.

Thorough anatomical studies of the face during the past decade have demonstrated well-defined, superficial, and deep compartments of fat.7 These discrete compartments play a significant role in defining the topography of our facial features, especially in the peri-orbital area. The deep compartments central to the peri-orbital area are the deep medial cheek fat, the medial and lateral suborbicularis oculi fat (SOOF), infra brow fat, and temple (fossa) fat. Loss of volume in any of these areas through age, health, or surgery will have a profound impact on peri-orbital appearance.

Consequently, knowledge of the existence and location of these four compartments provides the astute aesthetic surgeon a road map to accurately diagnose and restore youthful peri-orbital contours. (Figure 2) For instance, when injecting autologous fat, having a focused target of these discrete compartments will ensure that all compartments affecting the peri-orbital area are treated. Simply placing fat or filler in the tear trough or randomly injecting around the eyes provides only a partial or incomplete correction at best.

Fat repositioning is one of three lower-blepharoplasty techniques described to preserve pseudo-herniated intra-orbital fat. The technique has evolved since its introduction in 1981, but the tenet of fashioning vascularized pedicles of fat, from the nasal and middle intra-orbital fat pads, and overlaying these pedicles over and inferior to the orbital rim, remains the same. The technique of fat repositioning was developed because subtractive lower blepharoplasties often created hollowing and failed to adequately efface the tear trough deformity or the lower eyelid-cheek junction (palpebromalar groove). (Figure 3)

A modification of the fat-repositioning technique was developed by Robert Alan Goldberg, MD, who described a trans-conjunctival approach as an alternative to development of a skin-muscle flap.8 The new approach placed more emphasis on technical surgical skill, as exposure for developing the fat pedicles was more limited. In addition, preserving the integrity of the orbicularis oculi muscle, and lateral portion of the orbital retaining ligament, was advantageous for limiting the issues reported with skin-muscle flaps.

The trans-conjunctival approach allows for fat grafting without exposing the grafted fat. A skin-muscle flap would disrupt the soft-tissue cover, potentially affecting fat graft survival. Most surgeons who perform fat-augmentation procedures use the trans-conjunctival approach, but for fat removal only. Not only does this approach subtract vital fat from the peri-orbital area, it omits the release of the tear trough ligament and adjacent orbicularis retaining ligament, which compromises the effacement of the tear trough and lower eyelid-cheek junction. Although more edema and fullness after fat augmentation further reduces the operative exposure while performing subsequent fat-repositioning lower blepharoplasty, the combination clearly enhances the results as more causes of peri-orbital aging are being addressed and corrected.(Figures 4 and 5.)

The improvement of the tear trough and lower lid/cheek grooves after fat repositioning was initially thought to be the result from the elevation of the lower eyelid soft-tissue inferior to the orbital rim with the subsequent positioning of pedicled fat underneath these grooves. However, a recent anatomical study has produced a more thorough explanation.9 The study showed the existence of true osteo-cutaneous ligaments residing in the tear trough area and lower eyelid area. (Figure 6)

Careful preoperative facial analysis will reveal which fat compartments around the peri-orbital area require augmentation. Fat is harvested and treated using the techniques described by Sydney Coleman, MD. Fat cells are then meticulously placed into in all four areas. The plane of augmentation in all areas, except the temple, is submuscular down to periosteum. However, minute amounts of fat are commonly placed in the subcutaneous plane. For the temple, the plane is subcutaneous but extends down to but not under the deep temporalis fascia.

The lower blepharoplasty is performed next after placing lubricated eye shields. A transconjunctival incision is made with development of a plane between the orbicularis oculi muscle and orbital septum. Care is taken not to prematurely open the septum. The orbital rim is identified through blunt dissection. The arcus marginalis is identified and is often found inside the orbital rim, especially in older individuals. The release of the orbicularis retaining ligament (not the arcus marginalis) is performed. The medial dissection releases the adherent tear trough ligament and extends laterally to the fascial extension that exists between the arcuate expanse and the orbicularis retaining ligament.

Blunt dissection exposes the inferior oblique muscle, which facilitates the safe release of the fat pads for transposing over the orbital rim in a tension-free manner. Fat pedicles are developed by incising a thin, short strip of septum overlying the particular fat pad. No fat is removed. A larger fat pad is simply released and spread further down the malar face to augment the deep medial cheek fat compartment. The release is much like unrolling a camping bed roll. Lateral fat is more fibrous and is either repositioned or conservatively excised. Any excised lateral fat is placed between the transposed medial and middle fat pedicles as a free graft.

The pedicled fat grafts are secured with a transcutaneous #4-0 Monocryl suture on a RB-1 needle times three. The sutures are easily removed in 3 or 4 days and do not leave scars. The transconjunctival incision is always closed with three buried gut sutures. A pinch technique, upper blepharoplasty with fat preservation, skin resurfacing, and other procedures are then performed as indicated. (Figure 7)

Peri-orbital rejuvenation requires a thoughtful and thorough approach. The pitfalls of relying on “subtractive” techniques for peri-orbital rejuvenation were described more than 30 years ago, yet their use still continues today. Clearly, fat-preservation blepharoplasty or rejuvenation by volume augmentation alone, by filler or fat augmentation, enhances the results over subtractive methods. For aesthetic surgeons who are seeking more robust and refreshed peri-orbital results, the combination of simultaneous autologous fat grafting and fat-repositioning lower blepharoplasty offers a complimentary approach, with the potential of improved results over performing either of these procedures alone. 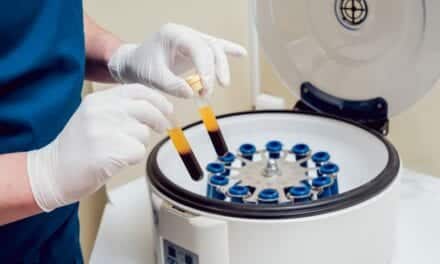 Unmaking Your Mark: How to Avoid Scars, and How to Minimize Their Appearance