Has the Pendulum Swung Too Far? 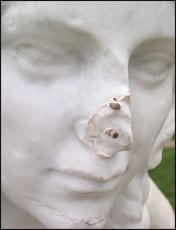 Has the aesthetic medicine field gone too far when it comes to rhinoplasty? In this area, most physicians favor the external approach over the endonasal approach.

Samuel J. Fomon, MD, who was reported to have done more than 15,000 rhinoplasties, commented on how the fine art of rhinoplasty requires a long apprenticeship. “It takes a long time to train the students’ eyes for what he is to look and his finger for what to feel,” he said. “And to digest, assimilate, and give meaning to his sense perceptions.”

By transferring grafting and stabilizing techniques along with fixating philosophies garnered from the external approach, predictive and lasting outcomes can be achieved with the endonasal approach.

Modern cosmetic rhinoplasty is generally conceded to have its roots in the sacred halls of the Charite Hospital in Berlin, Germany, propagated by Jacques Joseph, the second son of an Orthodox Rabbi initially trained in orthopedic surgery.

Joseph was well-known for developing and teaching the endonasal rhinoplasty procedure. His rhinoplasties were so popular, among Berliners he was known as “Nasen-Joseph” (Nose-Joseph) or “Noseph.” Despite “Joseph Noseph” first describing the external dorsal incision external approach in 1898 to the Medical Society of Berlin, for 70 years his rhinoplasty legacy was primarily an endonasal procedure.2

A few forward-thinking surgeons—including Josef Safian, Gustave Aufrichtz, Sam Fomon, and others—made pilgrimages to Germany to learn from the master. They brought back knowledge, honed their new skills, and demonstrated the techniques of Professor Joseph to their colleagues and students.

Following World War II and with the improvement in anesthesia and the availability of antibiotics, cosmetic surgery of the nose quietly became more acceptable.3 In addition, there was an increasing demographic of first- and second-generation Americans with disposable income. Some of these Americans desired to distance themselves from their ethnic appearances and desired a more “American nose.” This new and upwardly mobile demographic of America desired greater assimilation, and as a result nasal-reshaping surgery was in demand. Nasal reshaping soon became the most common cosmetic surgical procedure.4

However, at the time, rhinoplasty was a procedure based mostly on a reductive and predictive philosophy. Outcomes such as degree of tip projection, rotation, and dorsal height were predicted based on the interaction of the contractile healing forces and the amount of cartilage and bone that was removed, incised, and osteotomized.

Furthermore, the degree to which the surgeons acquired their knowledge greatly differed. Training could be an abbreviated course at a hospital, a book chapter, or a brief part of their residency curriculum, to which student physicians mimicked the gross maneuvers they had learned.

A rash of reductive predictive rhinoplasties were performed, swiping out dorsal humps, fracturing nasal sidewalls, and excising cephalic margins. Patients who were initially happy with their appearance became dissatisfied when their noses started to deviate, twist, and collapse.5

Along the same time, a consumerism descended upon the American population, which led to a more demanding generation that demanded better results.6 No longer was just an improvement in a hump or boxy tip acceptable; patients wanted “the perfect nose.”

Due to this desire for perfection, the revision rate for rhinoplasty grew to be well above other facial plastic procedures, even in the hands of expert physicians.6,7 A newly defined plague of postoperative conditions arose, which included alar notching, inverted “V” deformities, and bossa formations.

THE EMERGENCE OF THE EXTERNAL APPROACH

Modern-day external structure rhinoplasty is generally recognized to have begun when Wilfred S. Goodman, a Toronto-based physician, reported its benefits.8 By creating an external columellar incision and by degloving the skin soft-tissue envelope from its underlying cartilaginous and bony skeleton, the cartilages could be seen in their entirety.

Difficult maneuvers were now done out in the open. Isolated cartilaginous notches, curves, and irregularities could be addressed under direct vision.9

However, there may be some inherent disadvantages of the external approach. Intraoperative edema seems to be more accentuated by repeated elevating and replacing of the skin envelope. Mild adjustments made to the cartilaginous skeleton that were intended to improve angles and proportions can be difficult to visualize in three-dimensional space, with the skin elevated from its underlying cartilaginous and bony skeleton.

Additionally, degloving the nasal skeleton may give a false sense of security and has led frequently to secondary defects, which are difficult to correct.10 Afterward, the nose starts to morph even further from its preoperative condition. In order to respond to these issues, structural grafting becomes necessary—fixating positions of the tip and middle vault, alar margins, and upper lateral cartilages.

The process of grafting and more grafting became synonymous with opening the nose. In response, maneuvers were performed to make the nose stronger and tension-resistant. However, this too had a downside, as structurally reinforced noses were at risk for not compromising when kissing, not moving with smiling, and while looking better statically. In photos and in real life, the noses occasionally did not appear natural. In addition, the procedural time almost always takes more time than the endonasal approach.

Postoperatively, the transcolumellar scar is rarely an issue, but much more concerning is the prolonged edema, which increases the appearance of the size of patients’ noses for a longer period of time.11 Hence, a lot of patient handholding is often necessary.

In addition, results may last a long time, but the procedure requires an extended healing period. A discontented patient is common in the early postoperative period for the external approach. However, because of the advantages of direct visibility and the ability to treat complex cases, external procedures are the most popular form of rhinoplasty being taught today in fellowship and in residencies.12

Though the external approach rhinoplasty is the overwhelmingly favored approach when treating the severely deviated middle vault and the distorted nasal tip, perhaps the pendulum has swung too far in favor of using that approach.

First and foremost, understanding the rhinoplasty patient’s psyche is paramount. Joseph was very much aware that cosmetic surgery was centered on treating one’s psyche.13,14 Whereas a surgeon may strive for a DaVinci-designed, proportionally ideal nose, this might not coincide with the patient’s desires.

Endonasal rhinoplasty is not indicated for all patients requesting nasal reshaping, but neither is the external approach.

There are many good candidates for endonasal rhinoplasty who probably are undergoing more surgery and experiencing greater downtime than necessary.

There is minimal intraoperative bruising and swelling; minor yet significant cartilaginous native attachments are left in place; and subtle shaving and modifications made in the dorsum can be viewed in real time.

Residents in training and interested emerging rhinoplasty experts should be reintroduced to the benefits of the endonasal approach. However, more emphasis ought to be placed on the study of psychiatry, art, and anatomy before progressing to the hands-on stage.

The endonasal approach results in a nose that is natural and within the context of the patient’s face.

Most importantly it increases the likelihood of achieving the only outcome that matters in plastic surgery: a happy patient.

Many patients requesting rhinoplasty are not interested in a totally different nose. Rather, minor adjustments may be all that they desire. It is not uncommon following intense listening to a prospective patient’s wishes that a mild dorsal shave, slight volume reduction of the tip, and subtle hint of upward rotation is all that is desired for optimal patient satisfaction. If so, then it may be easier and more appropriate to provide these results with an endonasal approach.

I continue to be amazed by the discrepancy in perceived outcome and patient satisfaction. Often, what the surgeon or casual observer recognizes as a good outcome is not consistent with what the patient perceives. If a patient’s nose, for example, is curved to the left 20° and he requests a straighter nose, you follow a minimally morbid endonasal approach in which the nose is straightened but still deviated 5° to the left. Still, the patient is happy.

However, say that you attempt to completely straighten the nose through a more invasive and morbid external approach utilizing a total septal replacement, and following the procedure the nose—which takes longer to heal—is much straighter but slightly overcorrected to the right 2°. In that case, the patient frequently is not happy. He is used to seeing his nose deviated to the left and a correction of 75%.

Though the nose is still perhaps curved slightly to the left, the patient is pleased with its appearance. However, if the nose starts to curve the other way, even if only slightly, he is unhappy because it is now deviating in a direction he is not used to seeing.

Although my postoperative photos demonstrating a straighter nose may be impressive, my patient may still be unhappy; hence, I failed to achieve my primary goal, which is to make the patient happy. As modern-day cosmetic physicians, it seems we are psychiatrists as well as surgeons.

I talk to my patients about the risks and benefits of both the endonasal and external approach. Endonasal rhinoplasty, while not indicated for all noses, is probably underutilized for many qualified candidates. In addition, when done well, endonasal rhinoplasty is an experience of art that delivers fantastic results.15

For further details on these techniques, see “Evolving Techniques in Rhinoplasty.”16

The advantages are numerous for endonasal rhinoplasty. Usually, there is minimal intraoperative bruising and swelling. Also, minor, yet significant cartilaginous, native attachments are left in place. In addition, subtle shaving and modifications made in the dorsum can be viewed in real time. Minor millimeters of change in the tip can be visualized accurately with the nasal skin left intact.

The procedure is generally expedient, and recovery time is less than what is common with the external approach. When done appropriately and for the proper indications, the modified nose after an endonasal procedure is still one that looks natural, remains within the context face, and is not drastically different from the original nose. As a result, patient satisfaction is high.

Steven H. Dayan, MD, FACS, is a double board-certified facial plastic surgeon and otolaryngologist in private practice in Chicago and a clinical assistant professor at the University of Illinois College of Medicine in Chicago. He can be reached at . 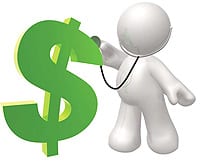