Inside Look: Imaging Provides an Edge When It Comes to Detecting Melanoma

One in five Americans will develop some form of skin cancer in the course of a lifetime. Moreover, an estimated 76,380 new cases of invasive melanoma will be diagnosed in the US in 2016. While biopsy remains the gold standard in diagnosing skin cancer, digital imaging tools are slowly but surely becoming important aids as adjuncts to detection.

“There are so many technologies out there, that I really believe in 5 to 10 years we will look back at the way we diagnose skin cancer now and we will say, ‘That was archaic,’?” says Darrell Rigel, MD, FAAD, of Manhattan-based Rigel Dermatology Group and clinical professor, Department of Dermatology, NYU School of Medicine.

Dermoscopy, which has been around for approximately 15 years, is the precursor to advanced imaging. The dermoscope uses a magnifier and polarized light for the examination of skin lesions, allowing clinicians to see features they can’t see with the naked eye and helping distinguish benign from malignant lesions.

Mara Weinstein Velez, MD, a board-certified dermatologist at SkinCare Physicians, located in the greater Boston area, says the dermoscope is still the most practical adjunctive tool. “If you’re running a general derm clinic and doing a lot of mole screening, it’s worthwhile to spend time learning what to look for with the dermoscope,” Weinstein Velez says. “A lot of physicians brush it off as not being helpful or terribly diagnostic, but it can be.”

She points out that the technology has improved in recent years and today’s dermoscopes offer a dual advantage. Newer-generation models attach to a camera or an iPhone, so clinicians can capture dermoscopic images in real-time and save them in a patient’s electronic medical record. So they allow the clinician to not only see more, but also to document lesions.

“If you’re worried about a patient who has a family or personal history of melanoma and you want to follow something, taking dermoscopic images can be very helpful if you want to assess change,” says Shilpi Khetarpal, MD, a board-certified dermatologist with SkinCare Physicians.

Initially, adoption of the dermoscope was slow-going. A recent survey looked at practice trends among US dermatologists and showed that over a 14-year period, the use of dermoscopy for evaluating atypical moles increased 56%—from just 23% in 2001 to 79% in 2015.1

“The same thing is going to happen with imaging,” Rigel says. “Overwhelmingly, the most interest in imaging in dermatology right now is noninvasive imaging of melanomas and trying to avoid having to do cutting.”

To Biopsy or Not to Biopsy

It was around the year 2000 when sophisticated digital imaging really arrived in the field of dermatology. Today, a number of technologies are in use, and several are still in development.

Multispectral digital skin lesion analysis (MSDSLA) is one technique that was rolled out in the market in recent years. MelaFind is an FDA-approved imaging and data analysis device that provides dermatologists with additional information when they are unsure about whether or not to biopsy irregular moles.

Rigel has been using the MelaFind device for the past 3 years to analyze pigmented irregular moles noninvasively. The data it delivers is then factored into his biopsy decision. “There were about half a dozen cases when I was on the fence about doing a biopsy,” Rigel says. “I may have asked the patient to come back in 3 months, but MelaFind put me over the edge. I opted for biopsies, and it was the right thing to do as they turned out to be melanomas.”

Rather than offer a definitive answer as to whether or not to biopsy, MelaFind provides a predictive value or grading system regarding the risk of malignancy. This makes sense, says Weinstein Velez, “because every physician has a different threshold for biopsy.”

In her previous position at Cleveland Clinic, Weinstein Velez used MelaFind regularly, and she says the tool helped find “quite a few melanomas.” However, she points out that the technology brings with it specific challenges.

“It’s time-consuming. Somebody has to be willing to dedicate their entire afternoon to screening patients,” Weinstein Velez says. “There’s a lot of hands-on work and organization required, but once all of that is in place, it’s very useful.”

Khetarpal says there is no specific device on the market yet, but based on a research study she reviewed, she believes the technology holds promise. “It assesses the height and symmetry of melanocytic lesions, compares it to a database, and helps you decide if you need to do a biopsy.”

Confocal microscopy is yet another emerging technology, and it has successfully progressed from the research world to clinical application. Once again, the objective is to avoid unnecessary biopsies by employing this noninvasive technique that uses a laser to look down into the skin. Rigel says the method is very sensitive and specific, but it also has trade-offs. For example, it’s expensive, requires a highly skilled technician, and takes approximately 30 minutes to acquire an image, which often needs to be sent out for interpretation.

Weinstein Velez says confocal microscopy is still far from mainstream, but research studies indicate it can deliver better outcomes. “It is sensitive, and it’s coming, but right now not a lot of people have access to it.”

There are several other imaging technologies that are still in the exploratory stages but hold promise for helping detect melanoma. These include optical coherence tomography (OCT) for performing high-resolution cross-sectional imaging. Experts liken OCT to ultrasound imaging, except that it uses light instead of sound.

Another one to watch is Raman spectroscopy, which identifies the biochemical composition of moles. A device was developed by Verisante and is presently used in Canada but is not yet approved in the US. According to the manufacturer, the Verisante Aura device identifies spectral changes associated with the biochemistry of skin cancer cells in less than a second.

Experts concur that all of these new imaging technologies have the same goal in mind: To detect skin cancer, and especially melanomas, earlier.

But while many universities are using them, adoption trends in private practice remain relatively low. According to the recent practice trend survey in JAAD, only 11% of dermatologists say they sometimes incorporate other new technologies in their evaluation of moles for melanoma.1

Today’s medical economic environment is one of the reasons for low penetration of imaging. Many insurance companies do not reimburse for the imaging procedures, but will cover the costs of biopsy. So unless patients are willing to pay out of pocket, imaging technologies are unlikely to be quickly embraced by clinicians.

The bottom line is that expensive imaging devices need to prove they can be cost-effective in practice. Rigel believes they will prove their worth. “A perfect example is the patient who comes in with 20 moles. You can’t biopsy 20,” Rigel says. “So if I don’t have the technology, I have to use my clinical skills to try to make the best educated guess I can about which are most suspicious, and it’s not always so easy to do that.”

He believes that in less than a decade, adoption of imaging devices will increase dramatically in the field of dermatology. “They’ll be more affordable, they’ll be better, and there will be one technology that will win out over the others. It hasn’t all shaken out yet,” Rigel says.l 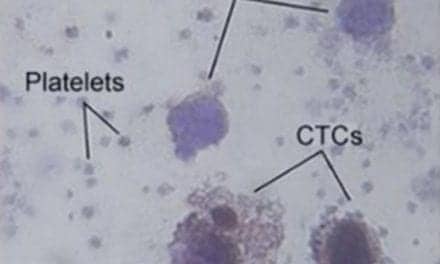 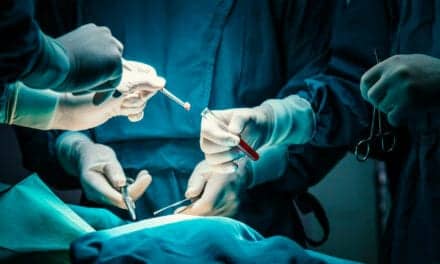 Facial Asymmetry Increases with Age, According to Study