Via its campaign Step Up For Vitiligo, the Vitiligo Working Group is working to bring global awareness to the autoimmune disease and support those who are affected by it.

In the campaign’s featured video, “Vitiligo: Truth, Hope and Change,” physicians and dermatologists who treat vitiligo speak about it, and patients share their stories of living with the disorder.

“We’ve assembled an impressive group of medical experts to champion this cause for raising awareness about vitiligo and the millions of people who are living with it,” Lim says in a media release from Vitiligo Working Group.

“We’re hopeful our campaign will lead to more research funding and developing new treatments for treating this skin disease,” he adds.

In commemoration of World Vitiligo Day on Saturday, June 25, members of the Vitiligo Working Group, as well as patients, are gathering in front of the steps of the US Capitol at noon. The event is led by vitiligo patient support group VITFriends, according to the release. 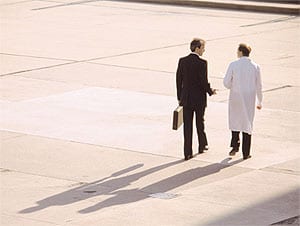