'Bionic Face' Treatment on the Horizon for Facial Paralysis? 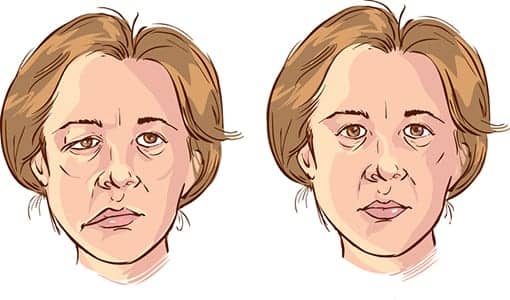 An implantable neuroprosthetic device may one day provide a new approach to restoring more natural facial movement in patients with one-sided facial paralysis (hemifacial palsy), suggests a study in the January issue of Plastic and Reconstructive Surgery.

Initial experiments in animals show promising results with a “bionic face” approach to facial reanimation — using electrical signals from the uninjured side of the face to trigger muscle movement on the paralyzed side.
“Such an approach… would represent a paradigm shift in management” of hemifacial palsy, according to research led by Nate Jowett, MD, of Massachusetts Eye and Ear Infirmary and Harvard Medical School, in a media release from Wolters Kluwer Health.
Hemifacial palsy is a “devastating clinical condition” leading to functional, aesthetic, and communication problems. While reconstructive surgery approaches such as nerve and muscle transfers can restore some facial movement, these techniques have important shortcomings. For example, while patients may regain some ability to smile, it requires a conscious effort to do so.
Jowett and coauthors report the development and “proof of principle” of a new technique using functional electrical stimulation to restore motion of the face in hemifacial palsy. To evoke more natural and appropriate movements, the stimulation of the paralyzed side is linked to the electrical activity on the unaffected side to produce paired muscle contractions, the release explains.
In the study, the researchers implanted tiny electrically shielded cuff electrodes around the facial nerve of rats with experimentally induced hemifacial palsy. Electrical stimulation was delivered to produce eye blinks and whisker movements of varying durations and amplitudes. Movements were evoked by linking stimulation of the paralyzed side driven to movements on the uninjured side. The “paired muscle contractions” produce more natural, normal-appearing movements. The authors note that most facial expressions, especially positive ones, are symmetrical.
But for functional electrical stimulation to work, the researchers had to overcome another challenge: suppressing undesired/involuntary facial movements caused by impulses from regrown nerves or surgically transferred nerves. This was done by concurrently applying high-frequency alternating current to block the nerve signals causing undesired movements. This technique provided “effective and reversible facial nerve blockade,” with no apparent harmful effects.
Previous studies have reported the basic concept of using signals from the healthy side of the face to drive functional electrical stimulation of paralyzed facial muscles. But the new study addresses some key technical challenges affect the long-term success of this approach — including providing more natural, spontaneous smile and other facial movements while blocking unwanted, involuntary movements.
While the preliminary experiments in rats are encouraging, there’s a long way to go before the “bionic face” can be refined enough for testing in human patients with hemifacial palsy. The authors plan further studies to develop a miniaturized, fully implantable neuroprosthetic device for hemifacial reanimation, the release continues.
“Though the ultimate goal of reanimation is to restore dynamic motion of the entire facial musculature, restoration of three symmetric facial movements alone — brow elevation, blink, and smile — would dramatically improve outcomes,” Jowett and coauthors write.
They believe that the combination of proximal neural blockade with distal functional electrical stimulation might also prove useful in treatment of other peripheral nerve disorders, such as spastic disorders (abnormal muscle contractions) or neuropathic conditions (nerve pain).
[Source(s): Wolters Kluwer Health, Science Daily]

To Groupon or Not to Groupon: The Profitability of Deep Discounts