According to researchers from UC Berkeley, lack of sleep in older people puts them at a higher risk of developing memory loss and a host of other physical and mental disorders. As people grow into old age, insomnia negates their ability to get a restorative deep sleep that young people take for granted. Researchers are linking the diseases that end our lives to the lack of sleep, and they now see improving sleep as a new gateway to a longer life. The intriguing article was published in the journal Neuron.

Sleep Deprivation can Start at an Early Age

Brain studies show that sleep deprivation is linked to many diseases such as heart disease, stroke, obesity, diabetes, and Alzheimer’s. Disruptive sleep patterns in people can start at a relatively young age. This can lead to physical and cognitive decline by middle age. What is alarming is that older people are less inclined to report insomnia symptoms.

The team of researchers has shown brains in older adults have difficulty generating NREM (non-rapid eye movement) and other normal brain waves that younger people generate during normal sleep. Regions in the aging brain that decline first are also responsible for generating a deep sleep, and this disrupts the release of neurochemicals that normally would help a person transition to a waking state.

Younger people have brain waves that are better able to transfer information from the hippocampus to the prefrontal cortex which in turn solidifies and stores it as either short or long term memory. As we grow older though, brain waves during our sleep cycle and neurochemicals that regulate our sleep become diminished. The result in older adults is ineffectual sleep at night and fatigue during the daytime. 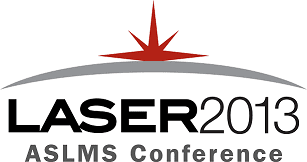 Physician Burnout Rates Up Across Almost All Specialties