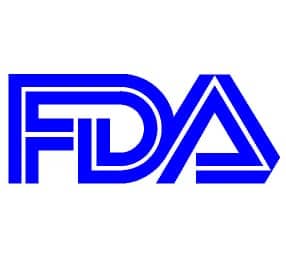 The US Food and Drug Administration granted accelerated approval to Merck & Co’s Keytruda (pembrolizumab) for patients with advanced or unresectable melanoma who are no longer responding to other drugs.

For melanoma patients whose tumors express a gene mutation called BRAF V600, Keytruda is intended for use after treatment with ipilimumab and a BRAF inhibitor.

Keytruda is the first approved drug that blocks a cellular pathway known as PD-1, which restricts the body’s immune system from attacking melanoma cells. Keytruda is intended for use following treatment with ipilimumab, a type of immunotherapy. For melanoma patients whose tumors express a gene mutation called BRAF V600, Keytruda is intended for use after treatment with ipilimumab and a BRAF inhibitor.

Keytruda is the sixth new melanoma treatment approved since 2011. The five prior FDA approvals for melanoma include: ipilimumab (2011), peginterferon alfa-2b (2011), vemurafenib (2011), dabrafenib (2013), and trametinib (2013).??The FDA granted Keytruda breakthrough therapy designation because the sponsor demonstrated through preliminary clinical evidence that the drug may offer a substantial improvement over available therapies. It also received priority review and orphan product designation.

Keytruda’s efficacy was established in 173 clinical trial participants with advanced melanoma whose disease progressed after prior treatment. All participants were treated with Keytruda, either at the recommended dose of 2 milligrams per kilogram (mg/kg) or at a higher dose of 10 mg/kg. In the half of the participants who received Keytruda at the recommended dose of 2 mg/kg, approximately 24% had their tumors shrink. This effect lasted at least 1.4 to 8.5 months and continued beyond this period in most patients. A similar percentage of patients had their tumor shrink at the 10 mg/kg dose.

Keytruda’s safety was established in the trial population of 411 participants with advanced melanoma. The most common were fatigue, cough, nausea, pruritus, rash, decreased appetite, constipation, joint arthralgia, and diarrhea. Keytruda also has the potential for severe immune-mediated side effects. In the 411 participants with advanced melanoma, severe immune-mediated side effects involving healthy organs, including the lung, colon, hormone-producing glands, and liver, occurred uncommonly.

Jeffrey S. Weber, MD, PhD, director of the Donald A. Adam Comprehensive Melanoma Research Center of Excellence at Moffitt Cancer Center, and one of the lead investigators of the PD-1 clinical trial which led to the drug receiving breakthrough status from the FDA, spoke with PSP about the new approval and what it means for patients with melanoma. “It’s an excellent drug,” he says. “It’s easy to tolerate and easy to give.”

Trials will soon begin that will look at the agent as secondary prevention among people with stage III or IV melanoma, he says.

Watch a video of Moffitt Patient Bob sharing his experience on a Merck & Co clinical trial of Keytruda that help shrink metastatic melanoma tumors in his lung patient now.

Survival statistics are not available because the endpoints of the trial that led to the accelerated approval were response rate and duration of response. That said, “a little cocktail napkin math tells is we are looking at a 2-year medial survival benefit,” he says.

The drug’s approval is good news in and of itself, but it also heralds a changing tide in the treatment for melanoma.

Calling it “the Rodney Dangerfield effect,” he says that immunotherapy never got any respect, but you will find that all of a sudden it’s getting respect. “There will never be a good time to get melanoma, but it’s a better time than ever to be treated for melanoma, and the longer you go without needing treatment, the better you will do.”