The US Food and Drug Administration has granted accelerated approval for Bavencio (avenulab), a treatment for a rare and aggressive form of skin cancer called metastatic Merkel cell carcinoma (MCC).

Approximately 1,600 people in the United States are diagnosed with MCC every year, and more than 30% of them will eventually develop metastatic disease, in which the cancer has spread beyond the skin into other parts of the body. Fewer than half of the patients with this disease will survive more than 1 year, and fewer than 20% will survive beyond 5 years, according to the National Cancer Institute in a media release from the FDA.

Bavencio is a human anti-PD-L1 antibody that is formulated to target the PD-1/PD-L1 pathway and help the body’s immune system attack cancer cells.

The treatment was developed, reviewed, and approved through the FDA’s Priority Review and Breakthrough Therapy programs. It also received Orphan Drug designation, which provides incentives to assist and encourage the development of drugs for rare diseases. In addition, it received an Accelerated Approval, which enables the FDA to approve drugs for serious conditions to fill an unmet medical need using clinical trial data that is thought to predict a clinical benefit to patients.

“While skin cancer is one of the most common cancers, patients with a rare form called Merkel cell cancer have not had an approved treatment option until now,” said Richard Pazdur, MD, acting director of the Office of Hematology and Oncology Products in the FDA’s Center for Drug Evaluation and Research and director of the FDA’s Oncology Center of Excellence, in the release.

The approval of Bavencio was based on data from a trial of 88 patients with metastatic MCC who had been previously treated with at least one prior chemotherapy regimen. The trial measured the percentage of patients who experienced complete or partial shrinkage of their tumors (overall response rate) and, for patients with a response, the length of time the tumor was controlled (duration of response).

EMD Serono—the biopharmaceutical business of Merck in the United States and Canada—and Pfizer will commercialize the treatment, the release notes. 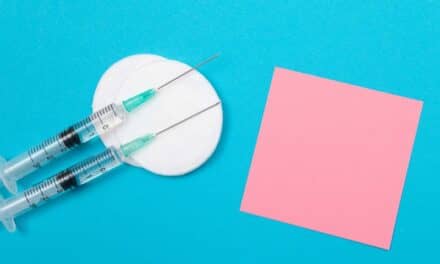 How Biologics Treat Psoriasis and Other Inflammatory Skin Conditions

Why ‘Hypoallergenic’ Skin Care Products Can Be Dangerous

What is Dermaplaning? This Skin Care Trend Peels Off the Top Layer of Your Skin