A study led by Darrick E. Antell, MD, a Lenox Hill Hospital and New York City-based plastic surgeon, suggests that a full-incision surgical technique is preferable to a short-scar method in facelift patients.

The study compared the two facelift incision techniques on identical twins and triplets who are genetic matches.

“The neck is the area most people are seeking to improve when they come for a facelift, and surgery is the gold standard to improve a turkey waddle,” Antell says in a media release from Northwell Health. “This study clearly suggests that the short-term results for both incisions are equivalent, but about five years later, those who received a short incision show a relapse—their waddle is back.”

Antell compared results by performing work on four sets of identical twins and one set of identical triplets between January and August 2006. At random, the firstborn multiple received the full-incision operation. The age of the participants ranged from age 56 to 73 at the time of the surgery. Eight board-certified plastic surgeons with more than 100 years of combined experience graded the progressive photos. The surgeons evaluated the patient’s neck, jawline, and nasolabial folds.

Results of Antell’s research are available in the June issue of Plastic and Reconstructive Surgery.

“The full incision gives the surgeon flexibility to better reposition the tissues,” he says in the release. “To my eye, I would say the differences in the neck tended to make the short-incision patients look older, and the graders graded the neck as superior in those patients with the full incision. This is a study that would probably take another lifetime for someone else to reproduce. It’s innovative research not done before, and at Northwell Health, we’re always looking for more ways to improve medical care and educate future medical leaders.” 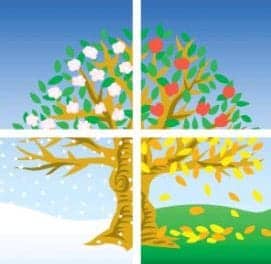