A literature review by researchers at National Jewish Health in Denver shows that two major biologic pathways are responsible for driving the development of atopic dermatitis. One is genetic, the other epigenetic, but both can lead to changes in gene expressions that impairs the immune system and skin barrier.

Although it is, in part, a heritable disease, the prevalence of atopic dermatitis has risen in recent years due to environmental factors. The surge in new cases has led to more interest in epigenetics research which explains how lifestyle and air pollution can alter gene expressions leading to atopic dermatitis.

The last comprehensive review — published in 2009 — analyzed five linkage studies and 111 targeted gene association studies. In June 2009, the availability and appreciation of epigenetic data had just started to grow. Over the next several years, an explosion in technologies — including next-generation methods such as exome analysis and high-throughput genetic expression profiling — spurred the publication of more than 30 new studies between January 2015 and June 2016 alone.3

The present review, published in a 2016 issue of the journal Allergy, Asthma and Clinical Immunology, corroborates the 2009 Barnes review focus on skin barrier genes and immune response genes. It includes genetics and epigenetics studies on atopic dermatitis that were published between 2009 and 2016. 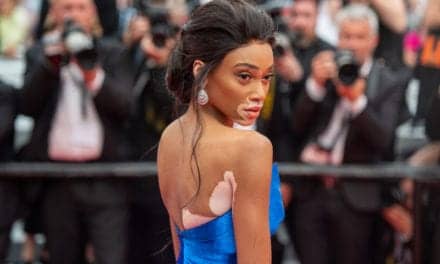 Everything You Need to Know About Vitiligo

How to Detect Abnormal Moles