Late Reconstruction of the Nail Bed 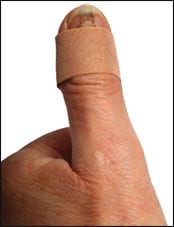 Recently I received the following e-mail from a prospective patient:

“When I was 4 years old, I slammed a door on my pinky finger. The tip came off, leaving me with what they call a hook nail. I have been trying to research any procedures that may improve the appearance of my finger. Do you have any suggestions or info on any procedures?”

Secondary reconstruction is always less effective than doing it right at the time acute care is given to a nail bed injury.

The nonadherent nail “sits” upwardly deviated from the nail bed. The lack of nail plate adherence becomes more of a functional than cosmetic problem when more than one-third of the distal nail is nonadherent.

Nail adherence on more than two-thirds of the nail bed rarely results in a functional impairment.

Split-nail deformities—A longitudinal split in the nail is often the result of an underlying axial scar beginning in the germinal matrix of the nail bed. The scar divides the nail plate during formation. The nail plate grows out as two distinct plates.

Irregular contours—The linear ridging deformity of the nail following a trauma is most often associated with an underlying bone or soft-tissue abnormality.

The ridging usually is more of a cosmetic problem than a functional one.

The regenerating nail plate follows the contour of the repaired fingertip amputation, angling in a dorsal (top) to volar (palm) direction.

The hook-nail deformity is more than a cosmetic disfigurement to the patient’s finger. The tip of the finger is often tender and chronically irritated, and sensibility may be impaired. The patient may also have difficulty grasping fine objects.

Occasionally, the nail may catch on clothing or other utensils and become a constant source of trauma.

Pincer nail deformity—This represents a loss of the normal convex shape of the nail plate.

The lateral edges of the nail plate have a marked convexity, turning acutely volarly (toward the palm) and taking on the characteristic shape of an omega sign when viewed head-on at the distal phalanx.

The exact etiology of this deformity is somewhat obscure, but a loss of the lateral integrity of the distal phalanx may occur, allowing this greater curvature of the nail plate. Paronychial infections may be more frequent with this type of nail irregularity.

The normal, healthy fingernail is composed of laminated layers of keratin, in several parts:

The eponychium contributes to the epidermoid keratinization of the nail, providing the characteristic sheen on a dorsal nail plate. Therefore, the loss of the eponychium can result in an unsightly nail or notched deformity that can be a source of tenderness for the patient.

Treating the nonadherent nail involves trimming the nail back to the normal sterile matrix. The scar in the nail bed is then excised, and the defect is closed primarily or with split matrix grafts.

Primary closure may be obtained with minimal nail bed undermining if the defect is less than 1 mm to 2 mm. The nail plate should adhere to the graft.

If the nonadherence is due to hyperkeratosis of the nail bed, then the nail is removed. The hyperkeratosis is then removed by scraping the sterile matrix with the edge of the scalpel blade down to the level of the normal nail bed.

The nail either grows out completely or partially adheres to the nail bed. The procedure may be repeated if complete adherence is not achieved.

The treatment of split-nail deformities is determined by the underlying problem.

Longitudinal scars on the sterile matrix of the nail bed can usually be treated by excision and primary closure.

Small Z-plasties (2 mm in length) can be used to alter the direction of the scar. Larger scars will require a split-thickness nail bed graft following excision.

Treat adhesions within the eponychial fold by removing the nail plate and dividing the synechia transversely.

Reconstruction of the dorsal roof of the eponychium helps restore the normal sheen to the regenerating nail.

A silicone sheet, which acts as a splint for the graft, should be placed in the nail fold to maintain the integrity of the eponychial fold until the grafts have “taken.”

As with the other deformities, the nail plate must be removed and the sterile matrix visualized when dealing with linear ridging deformities.

An incision is made over the ridge in a longitudinal fashion. The sterile nail bed is elevated from side to side (radially and ulnarly) to expose the underlying tissue. Scar tissue, foreign bodies, or bony exostosis must be removed. The nail bed is redraped and sutured with 7-0 chromic sutures.

Any excessive scarring of the sterile matrix should be excised and replaced with a split-thickness nail bed graft. The nail plate or silicone sheeting is then placed over the repair and under the eponychial fold.

Soft-tissue support on the volar (palm-side) aspect of the finger can be accomplished with V-Y Atasoy/Kleinert flaps, lateral Kutler flaps, a cross-finger flap, or a thenar crease flap.

Split-nail bed grafts (distal edge) are applied directly to the volar flaps, and the proximal edge is sutured to the native nail bed.

Restoring the bony support is less predictable. Distraction osteogenesis, bone grafting, and step-cutting in the distal phalanx are likely to lead to a high rate of resorption.

Microvascular composite flaps of nail bed, bone, and soft tissue from the toe have been described with excellent results.

A high level of microsurgical expertise is essential, and the patient must be willing to sacrifice a toe for this procedure. This may be hard to justify, as the local flaps mentioned above are easily and more reliably performed.

Revision amputation is an alternative to reconstructing a problematic hook-nail deformity.

Pincer nail deformity is corrected by using dermal grafts to “build up” the sides of the nail bed.

This is done by first removing the nail plate, followed by making an incision in an oblique fashion in the pulp of the distal fingertip, just distal to the end of the lateral nail folds. The nail bed is elevated off the distal phalanx by passing a Freer periosteal elevator into the wound, gently pushing proximally.

This will create a tunnel that is 2 mm to 3 mm wide and extends the full distance of the nail bed, including the germinal matrix. Care must be taken not to damage or buttonhole the overlying nail bed.

Nylon sutures (5-0) are then placed through the dorsal skin into the tunnel created between the distal phalanx and the lateral bed.

The suture is carried out of the wound to capture the proximal end of a dermal graft; and then it is passed back through the tunnel and out the dorsal skin, exiting near the entrance of the previous suture.

Both sides (medial and lateral) of the nail plate are done in the same way.

A silastic sheet is introduced into the eponychial fold, as the old nail won’t work here—wrong shape. The sheeting is removed in approximately 10 days.

The procedure has had excellent results in restoring the nature contours of the nail plate.

In the case of loss of the eponychium with synechiae, removing the entire nail plate is often necessary in order to see the remaining edges of the proximal nail fold.

As with the other deformities, any scar tissue of the nail bed, matrix, or other fingernail parts must be removed.

The composite graft is sutured in place with 7-0 chromic and 6-0 nylon sutures, and the nail plate is replaced. The surgical site is then covered with sterile gauze and dressed as previously described.

The survival of the grafts can be precarious. The postoperative immobilization must be meticulous.

Occasionally, enough skin is available on the dorsum (top) of the finger to rotate or transpose as local flaps to the eponychium.

A split sterile matrix graft can then be sutured to the undersurface of the flap to restore the dorsal roof bed. The donor site of the flap is closed primarily or covered with a split-thickness skin graft.

It cannot be said enough: The results of the initial repair are far better than reconstructive attempts. Always tell your patients about this simple fact. You should also tell them that infections to the nail bed following repair are uncommon.

Split-thickness sterile matrix grafts are required for areas of nail bed loss. The excellent results obtained from split grafting the nail-bed defects have made this procedure common practice for most surgeons.

The donor site heals without difficulty, with most authors reporting no residual deformities secondary to graft harvesting.

Orientation of the split graft on the recipient bed does not affect adherence or nail plate morphology.

Though most will have good results, some patients may have some nail plate irregularity with linear ridging or distal nonadherence (usually at the site of the initial avulsion and not at the site of donor harvesting).

Germinal matrix defects must be treated with a full-thickness germinal matrix graft. The type of material (silicone sheet, nail plate, sterile petroleum jelly-impregnated gauze) placed in the eponychial fold does not appear to influence the final outcome and appearance of the regenerating nail plate. 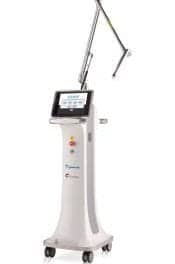 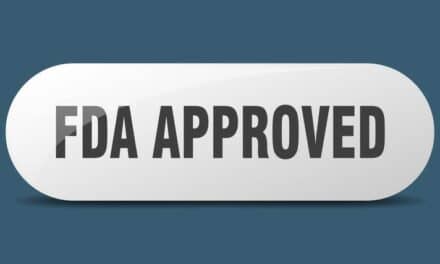 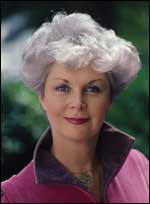