It was a big year for aesthetics with lots of mergers and acquisitions (including some real nail-biters), new products and technologies, and new indications for existing ones. Now, how about a round of applause for PSP’s picks for 2015’s four hottest launches.

Before and 6 weeks after one treatment to flanks and abdomen, no weight change. (Photos courtesy of S. Doherty, MD)

Cynosure Inc’s SculpSure™ entered the noninvasive body contouring scene in late 2015, and started making inroads almost immediately. US Food and Drug Administration (FDA) cleared for noninvasive lipolysis of the flanks and abdomen, the new fat-melting laser has four applicators, which means doctors can treat four areas at once.

The treatment takes about 25 minutes. No repeat treatments are needed. What’s more, it’s hands-free for the provider. Results are moderate and appear gradually in 4 to 6 weeks.

“It’s the first laser to melt fat noninvasively. Treatment is virtually painless with no downtime, and consumables are less costly to the physician, so it can be less expensive for the patients,” says Bruce E. Katz, MD, a clinical professor of dermatology at The Mount Sinai School of Medicine, director of the Cosmetic Surgery & Laser Clinic at Mount Sinai Medical Center, and the Juva Skin & Laser Center in New York. Katz conducted some of the trials that led to SculpSure™’s FDA approval. —dlm

Profound® came out of the gates in 2015, and quickly developed a loyal fan base of dermatologists and cosmetic surgeons. The system delivers radiofrequency energy through needles to boost collagen, elastin, and Hyaluronic acid from the inside out. It can lift sagging jowls, define the jawline, tighten other areas of loose skin, and add volume to marionette lines. Profound® can also enhance delivery of topical agents.

Some research suggests it can achieve close to 89% of what a traditional facelift can when the temperatures are optimized.

“The concept of microneedling—either with a handheld device, motorized pen, or by radiofrequency energy, is one of the hottest trends in medical aesthetics,” says PSP contributing editor Wendy Lewis.

“Profound® is the first system that has been clinically proven to stimulate new collagen, elastin, and Hyaluronic acid—the three essential elements of youthful skin, which elevates the treatment to a new level for nonsurgical systems,” Lewis adds. —dlm

Radiesse® has been around for years, but 2015 brought an eagerly anticipated FDA nod for hand rejuvenation. Radiesse® is the first and only injectable dermal filler for hand augmentation. The filler, which is composed of calcium hydroxylapatite microspheres suspended in a water-based gel, corrects volume loss in the dorsum of the hands and helps reduce the prominence of tendons and veins in the hands. The Radiesse® nod offers an off-the-shelf and more reliable alternative to fat grafting to the hands.

Hands have been hot for a while, after years of neglect. Many actors’ and actresses’ real ages were revealed when the red carpet cameras panned down from their faces, showing thin, veiny hands that were in stark contrast to wrinkle-free and flawless complexions. The roll-out has been impressive, and many practices now hold the distinction of calling themselves a Radiesse® Hands Center of Excellence, and more than 1,000 injectors have been certified.

“We have been overwhelmed by the amount of interest in this new indication, and look forward to working with our customers to bring Radiesse® for Hands to their patient base,” says Jim Hartman, VP and US Head, Aesthetics, of Merz’s North America Leadership Team. —dlm

The FDA greenlighted KYBELLA® (deoxycholic acid), an injectable to reduce moderate-to-severe submental fat in adults, in late April 2015. Soon thereafter, Allergan swept the manufacturer Kythera Biopharmaceuticals Inc off of its feet, sending a clear message to providers and patients that this product matters.

And so far, so good. “KYBELLA® fills a previously unmet need for people looking for a nonsurgical treatment for submental fullness or double chin,” says Philippe Schaison, president of US Medical at Allergan. “We are excited about this technology and plan to study KYBELLA® as a potential treatment for additional medical and aesthetic conditions.”

The growing popularity of aesthetic procedures among men is also accelerating usage, he tells PSP. “Early feedback from injectors support the increased interest level of men entering the market for KYBELLA®.” —dlm 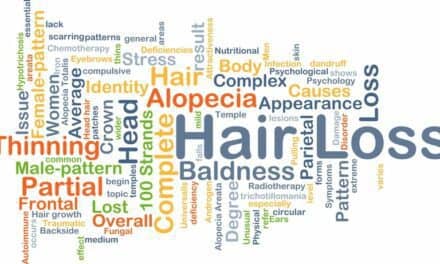