The Chinese economy is staging one of the greatest consumer upgrades in history. The world’s largest consumer group is no longer worried about having enough to eat or a place to sleep; real concerns just thirty years ago. Depending on how you define “middle class”, there are now 100 million to 200 million such affluent consumers in China. Hundreds of millions more people are working hard to join their ranks. With money to spend, Chinese consumers already make up the world’s largest car market, largest mobile payment market, largest online gaming market, largest smartphone market, and the list goes on.

The North American market currently accounts for about 45% of the global market, it says, with Asia seeing the fastest growth. In the new SoYoung survey, China is currently the world’s third largest cosmetic surgery market, behind the U.S. and Brazil, in the medical cosmetology industry.

Interestingly, people receiving plastic surgery in China are much younger than in developed markets. In China, consumers under the age of 35 account for 96% of total treatments. In U.S., the figure is almost the opposite, with 75% of cosmetic surgery patients being over 35 years of age.

The types of cosmetic surgeries being performed have widened in China as well. Compared to a few years ago, when patients mostly did nose jobs, eyelid operations and skin treatment, young patients nowadays are augmenting a much wider selection of their bodies, from face reshaping to breast enlargement and even genitalia reconstruction.

Chinese men, surprisingly, are also jumping on the beautification bandwagon. In the past year, around 10% of cosmetic surgery patients were men, according to the survey. They are most likely to have hair transplants, beard transplants and botox injections.

But with rising demand and a shortage of qualified doctors, China’s plastic surgery industry faces enormous challenges. The most serious concern is the explosion of unlicensed clinics that employ under-trained physicians, while over charging patients and using fake drugs.

These unlicensed clinics may use counterfeit version of cosmetic drugs like botox and hyaluronic acid. The injection of these fake drugs can cause serious health problems, including necrosis, cancer, nerve damage, or even death. There is no official statistics on deaths related to plastic surgery treatment, but numerous media reports of such cases surface each year. 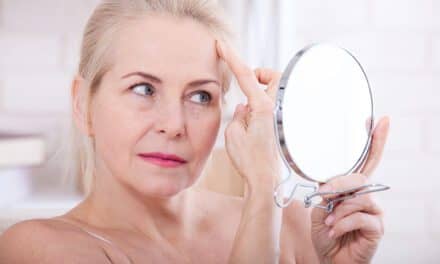 Manchester Attack Surgeon: ‘The Impact for Patients Is Likely To Be Lifelong’