The tumescent facelift avoids general anesthesia and heavy sedation, and thus gets patients back to their lives quickly

In the spring of 2004, two female physicians—one of them surgically trained—arrived at my office for consultations. They were both interested in facelift surgery, much like the thousands of other Baby Boomer women across the country.

However, these two prospective patients had one very unusual request: They wanted their surgery to be done without any anesthesia other than local anesthesia. Being physicians themselves, they obviously pretty much knew what they were getting themselves into. So I eventually agreed to try, as long as they accepted that anesthesia personnel would have to be present in the event that I changed my mind—or they did—during the surgery.

Like any other plastic surgeon with facial-surgery experience, I knew that it was possible to perform a facelift using only local anesthesia. But for a host of reasons well-known to all plastic surgeons, I was reluctant to agree even to try to perform their procedures this way.

They were both scheduled for the same day. Naturally, I was somewhat concerned as to whether or not I was doing the right thing for my two patients by even attempting such a complex procedure without sedation.

How did they tolerate this unusual procedure? The results were a complete surprise. Not only did they sail through the surgery easily—they got up off the table, perfectly awake and alert, and then cheerfully strolled out of the operating room with no need to spend any time in the recovery room—but, incredibly, within a few days there was barely a trace of any of the usual postoperative swelling or bruising.

Both patients went back to their normal lives within a few days. One of them never told her husband that she had undergone the procedure, and to this day, she tells him she had only a bit of fat injection.

The experience with these two patients led me to pursue this modification, or more accurately a limitation or elimination of the usual anesthesia for performing facelift surgery. During the ensuing months, I was dedicated to developing and refining a facelift technique using primarily local anesthesia that proved totally comfortable for the patient while using a minimal amount of sedative, if any, during the procedure.

The Tumescent Technique
From the beginning, different methods of injection were used. The only method of local anesthesia infiltration that would eventually prove effective was the tumescent technique. Clearly, among the many challenges is to deliver the local anesthesia such that there is absolutely, positively no pain. I developed a manifold injector to allow several 30-gauge needles to infiltrate tiny amounts of the tumescent fluid with much less pain than a single larger-bore needle would.

Even with this device, it quickly became clear that injecting the large volume of fluid was perhaps the most painful part of the entire process. Either the patient has to be sedated during the injection or the injection had to be done extremely slowly. Clearly, the dosages of lidocaine and bupivacaine had to be limited to well within safe levels, and the amount of adrenaline included in the tumescent fluid had to be titrated to a level below that which would cause uncomfortable adrenergic effects, which can occur even below proper dose levels.

Over time, I elucidated the proper dose per kilogram of body weight. During the “titration” phase of developing the proper protocol, there were no instances of overdose or other problems. However, I do remember one “interesting” incident when, in a New York television network news report covering my new technique, a second surgeon was asked to comment about my procedure. All that aired was the sentence in which he said that, “A patient could die of an overdose of [bupivacaine] from this procedure.”

Incredibly, the patient, whose full name was stated on the air, received a telephone call less than 1 hour after the story aired from a negligence attorney asking her if she wanted to sue me for performing a potentially deadly experimental procedure on her.

Once the patient is totally numbed and the tissues are tumesced, the rest of the procedure offers some new and different challenges. It is very important to maintain patient comfort throughout the procedure.

If the patient feels significant pain once or twice at the beginning, he or she will be on edge and jumpy for the rest of the procedure, often twitching or reflexively moving suddenly in response to any stimuli, even if they are painless. If you hurt the patient once with the electrocautery, he or she will jump at the noise every time whether or not there is associated pain. Obviously, a facelift or blepharoplasty is much too delicate a procedure to be performed on a moving target.

Holding Still
It seems at first blush impossible that the patient could actually hold sufficiently still for the hours it takes to perform a normal facelift. But I have managed to develop a protocol that has been successful on hundreds of patients. There are some essentials, such as a very comfortable operating table and a willingness on the part of the surgeon to communicate with the patient while he or she performs the procedure.

One of my anesthetists had this procedure herself, and because of her experience, she is absolutely the best, in my opinion as well as my patients’, at providing not only minimal sedative if needed, but also at talking to the patient throughout the procedure, often holding her hand and keeping her occupied. The anesthesia personnel must be on board for this, and it will be a learning curve for any individual anesthesiologist or nurse anesthetist.

Another important factor is operating efficiently. There is nothing wrong with a surgeon performing a facelift in 6 hours, but that timing will not work for this procedure. I find that most patients’ limit for lying relatively still is between 3 and 4 hours. For whatever reason, some surgeons can and others cannot perform a facelift and blepharoplasty within that time frame. Some surgeons work faster, others slower, and there is no right or wrong within a reasonable operating time. But slower surgeons probably should not attempt this method.

I am in the process of developing some instrumentation that I hope will make some of the slower portions of the surgery a bit faster. Even if I am working efficiently, not every case goes perfectly smoothly and uninterrupted. Once in a while, a patient must use a bedpan or be given a small sip of water. No one has yet jumped off the table and run out of the operating room, but you never know what might happen in the future.

Swollen Face
Another, and possibly the most significant, obstacle to using this technique is the challenge of performing a facelift on a patient whose face is purposely swollen to more than double its usual size. Clearly, preoperative markings are of paramount importance, but experience is important as well.

Coincidentally, for the 10 years before I became interested in developing this technique, I, like many other surgeons, had been slowly and progressively increasing the amount of tumescent-type fluid injected into my facelift patients when performing the procedure with normal anesthesia—deep sedative or general anesthesia. I had been doing this for obvious reasons: to diminish the postoperative bruising and swelling, as is done in tumescent liposuction.

By the time the two female physicians arrived asking for only local anesthesia for their facelifts, I felt very comfortable operating on a significantly “tumesced” face.

I do not propose that recovering quickly from facelift surgery is the most important factor in performing the procedure, but the recovery time is such a significant issue that plastic surgery recovery centers are popping up in and around most major cities. If the recovery time from our procedures can foster an obviously profitable industry, it is clearly an issue that must be recognized as significant.

Anything we can do to help the patient recover faster should be done. Our job does not end with the placement of the final suture. If you ask patients what scares them the most about having surgery, among the most common answers will be their fear of anesthesia and their concern about recovery time.

Competing in the Market
It is exactly these concerns that have established the ever-growing “market” for the many “mini-lift” procedures. Patients are willing to sacrifice major rejuvenation and longevity of the results to avoid deep anesthesia and a prolonged recovery. This new technique offers a better option for many patients.

Unlike in some of the other new techniques, I perform a real and long-lasting facial rejuvenation that routinely includes short- or traditional-scar periauricular incisions, submental incision, platysma plication, and submuscular aponeurotic system (SMAS) tightening. Usually, fat injections are done as part of the procedure; often, blepharoplasty is also included.

Even a brow lift and tip rhinoplasty can be done with this technique. Because many patients choose a mini-lift of some sort as a compromise, I believe that my procedure offers patients the best of all options. Patients no longer need to settle for a small procedure to have a minimal recovery time. They can have a real and long-lasting facial rejuvenation but with a mini-recovery.

I do not expect other plastic surgeons to jump on this bandwagon too quickly, because most surgeons want their patients quiet and immobile while they work. But patients have been incredibly enthusiastic about this procedure; more so than I expected. Certainly, some surgeons may scoff at the notion of performing a complex procedure on a patient who is pretty much awake, but aesthetic surgery of any kind is a luxury commodity that is either accepted and sought out by the public or it is not. The proof of this technique concept will be seen—or not—in the marketplace.

Among the reasons that patients like this procedure is safety. Clearly, the technique is not only theoretically much safer because very little sedation is needed (or none at all for the occasional patient who wishes to stay wide awake), but even more remarkably, the new procedure allows the vast majority of my patients to go back to their normal work or social activities within just a few days.

To date, more than 300 patients have undergone this procedure, and only 10 (3%) were not fully presentable to their friends and co-workers in 1 week or less. Most are presentable within 4 days, of course with the help of makeup.

For most patients, within 4 days there is minimal visible bruising and very little swelling. We have 97% of our patients returning to their normal lives within several days after surgery. And because there is no deep anesthesia, the patient does not have the usual nausea, vomiting, and hangover-like symptoms associated with anesthesia, not to mention the possibility of complications from anesthesia.

Zachary E. Gerut, MD, FACS, is a double board-certified plastic surgeon in solo private practice in Hewlett, NY, and is an assistant clinical professor of plastic surgery at the Montefiore-Albert Einstein Medical Center in New York City. He can be reached at (516) 295-2100 or via his Web site, www.drgerut.com.

Acknowledgment
I attribute developing this procedure to simple good luck and, to no small extent, to the teachings of my residency program attending physicians, especially the director, Berish Strauch, MD. I am thankful that when this method of significantly diminishing facelift recovery time jumped out in front of me, I managed not to blindly walk right past it. 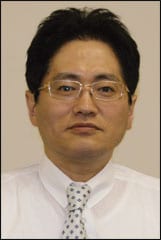