For the patient who needs an abdominoplasty and breast augmentation, TABA fills the bill

In 1976, Planas described his experience with this technique on 12 patients.1 During the abdominoplasty procedure, subcutaneous tunnels were created to the inframammary fold. A blunt dissection technique was used to create subglandular pockets, and silicone gel implants were then inserted.

Planas did not suture the pocket closed and simply placed an adhesive dressing along the inframammary fold at the conclusion of the procedure. A few years later, Barrett and Kelly described their experience using this technique on eight patients.2 They placed silicone gel implants into a subglandular pocket using both blunt and sharp dissection. The pockets were then closed to re-establish the inframammary folds.

Many surgeons recognize the term TUBA, or transumbilical breast augmentation, but it is very different from TABA. TUBA is performed with a tunneling device that is placed through an umbilical incision so that tunnels can be made to each breast. Once the tunnels are made, the breast-implant pocket is balloon-dissected. The empty implants are then tunneled into the chest and inflated with saline. Most of the implants placed this way are performed in a subglandular pocket.

In contrast, a tunneling device is not used in TABA. The pocket is created under direct vision with sharp and blunt dissection. A submuscular or subglandular pocket can be made, and a saline or gel-filled implant can be passed easily through the tunnel.

Most patients that consult for a full abdominoplasty and breast augmentation have completed childbearing. They have diastasis recti, sometimes a significant subcutaneous tissue component, and usually lax abdominal skin. Likewise, their breasts may have similar skin and soft-tissue laxity, which eliminates the need to lower their inframammary fold during the breast augmentation.

Before tackling the operation, the surgeon must have the proper equipment, which should be available at most hospitals. Many of these instruments are found on gynecological or thoracic surgery trays. TABA requires the use of long instruments because of the need to work from a distance under an elevated abdominal flap. Long Allys clamps, long forceps, and long needle holders are useful.

Urethral sounds can facilitate opening the implant pocket. A lighted retractor with a long lip facilitates visualization. Although I have not needed to do so, access to endoscopic equipment may be good to visualize the pocket and any potential bleeding. However, bleeding sources usually can be seen under direct vision.

Marked Standing
The patient is marked in a standing position. The abdominoplasty-incision design and the inframmary folds are marked (Figure 1). Early in my experience, I directed the tunnel toward the central breast meridian. This was useful for creating a subglandular pocket, but it made it more difficult to release the medial pectoralis fibers for a submuscular pocket.

Now the tunnels are marked at the costal margin just off center from the xyphoid, usually about 3 to 4 cm lateral to the midline. They end at the inframammary fold of the corresponding breast just medial to the central breast meridian. These tunnels are approximately 4 to 8 cm long and about 4 to 6 cm wide. I have performed several procedures using a subglandular pocket but prefer to use a subpectoral pocket for saline implants.

Before the abdominal flap is elevated, it is helpful to infiltrate the tunnels with about 10 mL of 1% lidocaine with 1:100,000 epinephrine. The hemostatic effect of the epinephrine facilitates tunnel dissection.

The implant tunnels should be kept separate. This helps to prevent forming a symmastia, especially when creating a subglandular implant pocket. In addition, as the tunnels are created it is important to identify the inframammary fold.

Visualizing the pectoralis fascia or breast parenchyma can aid in identifying the fold. This can also be confirmed by palpation of the fold at the preoperative marking placed on the chest. An assistant can help with the dissection by lifting the breast off of the chest to “tent” the tissues.

Once the pectoralis fascia or breast parenchyma is identified, the subglandular or subpectoral pocket can be created. Placing an Allys clamp on either or both of these tissues can help with the dissection. If a submuscular pocket is desired, it is helpful to place the clamp on the muscle and raise it off the chest. This will aid in dissection and minimize the risk of developing a pneumothorax.

If a subglandular pocket is preferred, placing a clamp on the parenchyma and another on the muscle can facilitate the dissection to separate these two tissues. This is accomplished by holding the muscle on the chest and lifting the parenchyma away from the chest. After the pocket is developed, urethral sounds can be used to open the pocket further. Once hemostasis is obtained, an implant sizer is inflated to about 25% more than the preferred final implant volume. At this point, the opposite tunnel and implant pocket are created.

Restore Folds
The inframammary folds are restored with 2-0 polydioxanone sutures that are placed in an interrupted fashion. The saline implants are then introduced into the pockets and inflated to the desired fill volume.

The patient is placed in a sitting position and evaluated for symmetry. After final pocket adjustments are made, the fill tubes are removed, the implant fill valves are seated, and the sutures are secured. The abdominoplasty is then completed.

The postoperative instructions are similar to those given for an isolated abdominoplasty or breast augmentation. Two closed-suction drains are placed underneath the abdominal flap and brought out through a separate stab incision in the mons pubis.

The patient remains on oral antibiotics until the drains are removed. The patient is placed in a surgical bra and an abdominal binder, and is told to limit aerobic exercise for 3 weeks and weight lifting or strenuous activities for 6 weeks. As seen in Figure 2, the results can be most satisfying.

Complications that can occur with this procedure are similar to those from an isolated breast augmentation or an isolated abdominoplasty. For the breast augmentation, these can include: capsular contracture, implant rupture, nipple areola dysesthesia, infection, seroma, asymmetry, pneumothorax, hematoma, need for revision, or conversion to an incision placed on the breast.

One patient I treated developed a seroma under her abdominal flap that required eventual resection of a pseudobursa. Another patient developed a capsular contracture that required revision using a periareola incision approach.

For surgeons who are considering performing this procedure for the first time, I would suggest choosing a thin patient with a short inframammary fold to costal margin distance, in the range of 2 to 4 cm. A patient with a high inframammary fold or long thorax requires a longer tunnel, which can make the procedure more difficult for the first-time surgeon. In addition, a heavy patient will have a thicker abdominal pannus and a heavier abdominal flap to retract while creating the tunnels, and it may be physically taxing to keep her elevated.

TABA is an excellent procedure to offer the proper candidates who desire breast augmentation and abdominoplasty, and it is an excellent addition to a plastic surgeon’s armamentarium of procedures.

Steven G. Wallach, MD, FACS, is a board-certified aesthetic plastic surgeon in private practice in New York City. He is an assistant clinical professor of plastic surgery at Albert Einstein College of Medicine, an assistant adjunct physician at Lenox Hill Hospital, and an assistant attending surgeon at the Manhattan Eye, Ear, and Throat Hospital, all in New York. He can be reached at (212) 861-6400 or drwallach@stevenwallachmd.com. 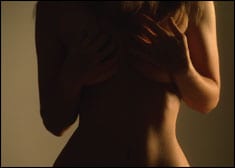 What Was Your Toughest Case? 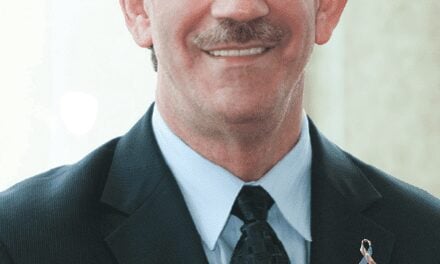 Inside Job: 6 surprisingly simple ways your employees may be stealing from you (and how to protect your practice)