When Brian Reedy wanted to market his Berks County plastic surgery practice, he turned to Facebook Live and put his face – and body – on the line. In a series of live streaming videos, Reedy, a board-certified plastic surgeon who sports a muscled physique and not much apparent body fat, undergoes DualSculpting (a nonsurgical way to remove fat) and receives Botox injections. It’s all in the name of introducing viewers, especially men, to the benefits of nonsurgical cosmetic procedures and – not incidentally – to  advertise his wares.

“I think Facebook Live is a really powerful tool that can reach a lot of people,” said Reedy, whose Berks Plastic Surgery practice is about 65 miles northwest of Center City. “DualSculpting was something I wanted to get done. Rather than recruiting a patient, I decided to do it myself, which was both fun and fulfilling.”

Reedy, 51, who is also part owner and marketer for Chatty Monks Brewing Co., a craft beer pub in West Reading, describes the videos as a chance to educate the public. Using his own body, he says, lets him show a “realistic” version of what such procedures can accomplish.

“There is so much misinformation about plastic surgery,” Reedy said. “My goal is to present educational and accurate information to people about procedures that they might be curious to try.”

The two-part DualSculpting stream, recorded in January, received just over a combined 50,000 hits, while the Botox video chalked up a little more than 4,000 viewers.

Read the full article at www.philly.com 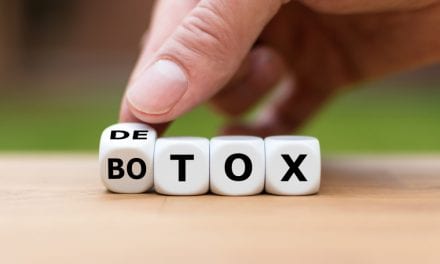 Isabella Rossellini on Unrealistic Beauty Ideals: ‘Antiaging Is Against Nature’