The Advertising Standards Authority (ASA) has branded a TV ad as “irresponsible” after it glorified breast enlargement among young women.

MYA Cosmetic Surgery aired the controversial TV ad on 16 January 2017. The ad focuses on multiple young women – some of which are wearing bikinis and sat in a Jacuzzi tub – each discussing how breast surgery has transformed their confidence.

One of the girls says: “I can’t believe I used to be so nervous about wearing a bikini in public. Now after surgery I feel fine.” Another adds: “After I lost the weight, my breasts were so saggy, and now they’re full and perky again.”

A sole complainant claimed the ad exploited the body insecurities of young women and was irresponsible due to the impressionable children who could have been watching.

In response, MYA Cosmetic Surgery argued it only used models over 21, who “looked over the age of 25”, to ensure it didn’t appeal to children. It also pointed out the ad had a clear “18+” disclaimer.

However, the ASA rejected this justification. A spokesperson rebuked: “We noted that the ad featured four separate conversations between different women who had recently undergone breast-enhancement surgery.

“Some of the women appeared to be under the age of 25, and so could appeal, and be of relevance, to young women and teenage girls.”

Becoming a Flight Attendant in South Korea Is So Competitive, Candidates Are Getting Plastic Surgery to Improve Their Odds 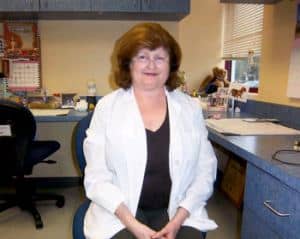