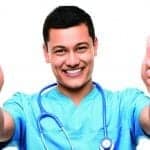 Most industry watchers know that March and April herald more than just the first hopeful signs of Spring. These months also usher in the annual statistics from several important plastic surgery associations.

Annual statistics help doctors see the full court. Journalists, too, love the numbers and the trends they portend. And true to form, the American Society for Aesthetic Plastic Surgery (ASAPS) 18th annual multispecialty statistical data made quite a splash with both groups. Overall, we found out that Americans spent $12 billion dollars on cosmetic procedures with more than 10 million surgical and nonsurgical procedures performed in 2014.

Information on what soared in 2014—namely, buttock augmentation, labiaplasty, and the nonsurgical melting and freezing of fat—and what dipped—breast augmentations and injectables—tell us which way the wind is blowing.

Buttock augmentation was up 86%, labiaplasty was up 49%, and nonsurgical fat reduction increased by close to 43% in 2014, compared with 2013, ASAPS reports.

“Buttock augmentation is on the rise, and we are seeing more plastic surgeons perform these procedures using fat,” says Las Vegas plastic surgeon and 2014-2015 ASAPS president Mike Edwards, MD, and the newest PSP editorial advisor. “Fat grafting buttock augmentation consequences seem to be less frequent and less severe than those associated with buttock implants,” he says.

“I believe buttock augmentation is somewhat of a fad and that we will not see as much of it down the road,” says Laguna Beach, Calif-based plastic surgeon Dan Mills, MD, the 2014-2015 vice president of ASAPS and the group’s president-elect. Curvy pop stars such as Kim Kardashian, Nicki Minaj, Beyoncé, and JLo are often credited with bringing voluptuous derrières into the cultural limelight.

Labiaplasty is likely here to stay, Mills says. “As women talk about it and as information gets out that there is something that can be done if they are unhappy, labiaplasty could have some traction for a longer period of time.” Both of these below-the-belt procedures were also trending upward in 2013.

Men are driving quite a bit of the nonsurgical fat reduction traffic, Mills says. “There have been all kinds of ads appealing to an as up-to-now untapped market of men who may have a little muffin top,” Mills says. “The gentleman that would pull the trigger on doing a liposuction versus a nonsurgical reduction would be markedly different,” he says. The crowd pleaser to date is Zeltiq or CoolSculpting. “It’s not nearly as painful as some of the other entities and pushes the envelope a lot more.”

The new statistics showed that breast augmentation was down 8.5% in 2014 compared to 2013 and breast revision surgery was on the up. “There is no question that revisions are going to be occurring more frequently as the years go by because we know that the implants are not forever devices and pretty much last about 10 years,” Mills says.

Revision doesn’t necessarily mean there was a problem, Edwards adds. “There are many reasons for revision surgery, including weight loss or gain or a change in implant size,” he says

“The pendulum will now swing back to more lifts and more reduction procedures as opposed to getting larger implants, because women are now seeking to look a little bit more athletic,” Mills agrees.

Give It Another Shot?

Of note, injectables including neurotoxins and soft-tissue fillers seem to be decreasing, the new stats suggest.

“There was an explosion of these in previous years, and they are a wonderful adjunct for a lot of women who may now be allocating a little bit more thought to the process,” Mills says. “They may be saying that they are not getting the results that they want with fillers and are going to save their money and hold off and do something surgically down the road.”

To compile the new stats, ASAPS worked with an independent research firm. A paper-based questionnaire was mailed to 23,000 board-certified physicians. An online version of the questionnaire was also available. There were a total of 901 returned questionnaires, of which 115 were from physicians who were retired or otherwise inactive during 2014. Though the confidence intervals change by procedure, depending on the grouping’s sample size and the response variance, the overall survey portion of this research has a standard error of +/- 3.45% at a 95% level of confidence.

Finally a Site to Help Navigate the World of Cosmetic Surgery