Two transgender women are suing the Iowa Department of Human Services, saying the agency’s ban on Medicaid coverage for transition-related medical services such as sex-reassignment surgery is illegal and unconstitutional.

In their challenge of the Human Services rule, the women — Carol Ann Beal of northwest Iowa and EerieAnna Good of the Quad Cities — argue that the state’s Medicaid ban violates patients’ rights to equal protection under the law as promised by the Iowa state constitution and the Iowa Civil Rights Act.

“As the result of this sweeping exclusion, all surgical treatments for gender dysphoria are excluded from coverage, even though the same or substantially equivalent treatments are provided to non-transgender Iowans,” said Rita Bettis, legal director of the ACLU of Iowa, which is representing the woman.

Gender dysphoria is the medical term for feeling that one’s inner masculinity or femininity is incongruent with his or her biological sex.

Bettis pointed to mastectomies as an example of the inherent unfairness of the ban.

The same breast-removal surgery that is covered under cancer treatment is banned as a treatment for gender dysphoria, even if doctors in both cases deem the surgery to be “medically necessary.”

The administrative code governing Medicaid in Iowa classifies transition-related surgeries as “cosmetic, reconstructive or plastic surgery” and explicitly bans “surgeries for the purpose of sex reassignment.”

Gender identity — or the gender a person identifies as, no matter what sex organs the individual was born with — and sexual orientation were added to the Iowa Civil Rights Act as protected classes in 2007. 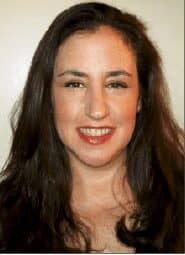 Big Breasts Are No Longer Sexier: Plastic Surgery Trends Show Small Is In

Silicones May Lead to Cell Death

Woman Who Almost Died From Breast Implants Is Telling Her Story