Women who love curves have a new technology by their side. After 10 years of research, a group of doctors, biomedical engineers, chemists, and biologists created an innovative technology of silicone breast implants which are 30% lighter than the compatible ones. B-lite implants, as they are called, are starting to become a routine in plastic surgeons’ practice in Europe and Asia. They are manufactured in Germany and have a CE mark (European certification).

“Breast augmentation is the most popular procedure in plastic surgery. B-lite silicone implants bring something revolutionary, as it is the first time that NASA technology is used in implants in order to make them lighter up to 30% compared with the traditional ones,” says plastic surgeon Vasileios Pagkalos, MD, MSc, PhD, one of the first to use them in his practice in Athens and Israel.

What makes the technology so innovative is that while implants maintain the standard silicone shell, it is now filled with microsphere cohesive, medical grade silicone gel. And it is this microsphere gel that makes them lighter. This means than a cc implant giving big volume weighting 390 grams, is in its B-lite edition as heavy as 275 grams. This difference of more than 100 grams is so important to many women who love luscious curves but may have back pain and poor posture.

Heavy breasts contribute to a situation known as thoracic kyphosis (rounded back) and lumbar lordosis (overextended spine). Furthermore, as a woman becomes older and may have problems such as osteoporosis, big breasts can be detrimental to her skeletal system. So, lightweight implants appear innovative.

“Traditional breast implants, especially big sizes, are often related with problems such as difficulties during exercise, back pain, neck ache, and breast ptosis due to gravity. This is why the last few years plastic surgeons started launching new techniques—eg, the use of muscles supporting the implants. The weight of traditional implants very often makes surrounding tissue thinner, and wrinkles start to appear locally. Today, this lightweight technology helps the breast to remain lifted, whereas the pressure to the bones and skeletal system is reduced. This makes downtime much faster too,” Pagkalos concludes.

Hara Bourgani is a journalist based in Athens, Greece. She has been a health editor at the Greek edition of Elle magazine for more than 10 years. Her studies include Communications and Mass Media at Athens Capodistrian University and MA in European Journalism at Cardiff University. cbourgani@hotmail.com 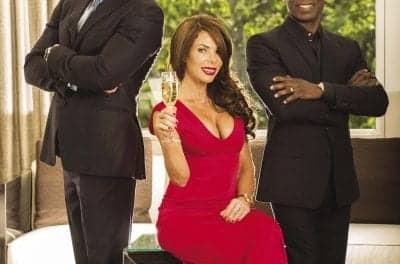