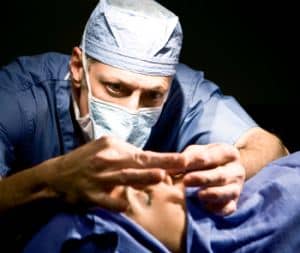 The statistics should give us all pause.

According to the federal Centers of Disease Control and Prevention in Atlanta, about 20% of high school students said they were bullied at school during the past year. Half of them were bullied in multiple ways. The Web site BullyingStatistics.org states that in 2010 one in seven students in kindergarten through 12th grade was either a bully or had been a victim of bullying. The same Web site also estimates that about 160,000 children miss school each day for fear of being bullied.

It isn’t that bullying has become more commonplace today, but there is nowhere to hide anymore due to the advent of texting, social media, and the Internet. Bullies are connected to those they are bullying 24/7. The stakes are much higher as well. In recent years, there have been widespread media reports of suicide among youth who have been bullied.

Whether protruding ears, buck teeth, or a large nose, appearance is one of the most common reasons that kids are tormented by peers.

What if there was an intervention that could prevent someone from ever being bullied and save even one life? Many people are looking for unique ways to protect children from bullies and bullying, and while controversial, plastic surgery has a role.

Plastic Surgery Practice sat down with Steven Pearlman, MD, a facial plastic surgeon in New York City and the director of the division of facial plastic surgery at St Luke’s-Roosevelt Hospital, to discuss what role plastic surgery can, and should, play in preventing bullying. Pearlman recently performed pro bono otoplasty surgeries on a 12-year-old boy and a 7-year-old girl from South Dakota who were bullied about their protruding, malformed ears. The latter surgery was featured on ABC-TV’s Good Morning America and generated a lot of feedback from viewers and colleagues.

PSP: Have you performed many facial plastic surgery procedures on children who have been bullied? Is this number increasing?

SP: It is hard to quantify how many procedures are done due to bullying. A lot of kids have gotten picked on for having ears that stick out or having big noses, but it is only during the last year or two that we have focused on bullying during the consultations.

Get schooled on bullying and how to prevent it by visiting these informative Web sites:

The American Academy of Child and Adolescent Psychiatry
https://www.aacap.org/AACAP/Families_and_Youth/Facts_for_Families/FFF-Guide/Bullying-080.aspx

PSP: Is bullying becoming more commonplace from where you stand?

SP: Not necessarily. There will always be bullies, but now every incident becomes national news due to the constant news cycle and technology. In 10 to 15 years, we will learn to deal with social media as a way of life just like we did with the telephone and will move on to other issues.

PSP: How do you determine if a patient is being bullied?

SP: It is simple. We ask. We ask him or her if they are being teased about their ears, nose, or other attribute during the consultation. I will ask, “Does anyone make fun of you or call you names?” and they will often say yes, and their mother will say, “I didn’t know that.” It can be a surprise for parents.

PSP: Speaking of parents, whose decision is it to undergo the surgery?

SP: It needs to be something that the child is conscious of. The surgery has to be the decision of the patient. The parents need to be on board, but the decision to undergo the procedure must be the child’s.

PSP: When is plastic surgery not an option for bullying?

SP: The patient needs to be personally interested and motivated. If the parents bring in a child who is not ready and willing to have surgery, I wouldn’t operate on him or her until they are. Surgery isn’t guaranteed to stop bullying. Removing a physical stigmata such as protruding ears or reducing an overly large nose can help, and I find that introverted, shy individuals often come out of their shells after this type of surgery from enhanced self-confidence. You can alter someone’s looks but not necessarily their social situation.

PSP: What age range are we talking about when it comes to surgeries to prevent bullying? 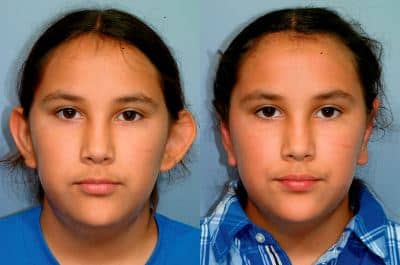 Before-and-after photos of a boy bullied about his protruding ears. 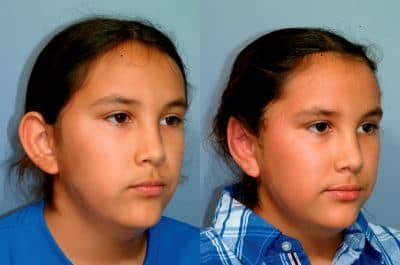 Before-and-after photos of a boy bullied about his protruding ears.

SP: Otoplasty can be performed on children as young as age 5. Rhinoplasty is considered after the nose has finished developing, typically on girls as young as 14 to 15 and ages 15 or 16 in males.

PSP: What else goes on during these consults?

SP: We can do imaging to show the child how he or she will look after otoplasty or rhinoplasty, and if they say, “This makes no difference,” we’d say to the parents, “They are not ready, and bring them back in 6 months, 6 years, or never.” If they say it does make a difference, I say, “Would you like to do this?” I tell them that their ears will hurt afterward and ask if the result is worth a big bandage on their head.

PSP: Some people have said that changing appearance is not a solution to bullying and that it actually blames the victim. Can plastic surgery have a role in protecting the bullied?

SP: Yes. If you have this big nose and are being ostracized for it or are self-conscious about it, it will affect your ability to fit in. The formative years are the teen years. If something can be changed physically to prevent this, why not do it? It can be likened to orthodontics. Why should buck teeth be considered any different from protruding ears or a hook nose? If you have a safe operation with a low complication rate and the vast majority of patients are happy with the results, why not do it? The procedure can allow the patient to feel better about themselves instead of spending years in therapy. The surgery, for the right patient, can provide a whole new future.

PSP: Would you consider this type of surgery plastic, cosmetic, or reconstructive surgery?

SP: Reconstructive. Even rhinoplasty for an oversized nose falls on the reconstructive side of plastic surgery.

PSP: What is the Little Baby Face Foundation, and what role does it play in providing access to surgery to children who can’t afford it?

SP: This foundation matches children with facial deformities with world-class surgeons and medical providers in New York City who provide their services pro- bono. It was founded by Thomas Romo III in 2002, and more than 150 children born with facial deformities such as protruding ears or cleft lips have been helped so far. Learn more about Little Baby Face by visiting its Web site at www.littlebabyface.org. 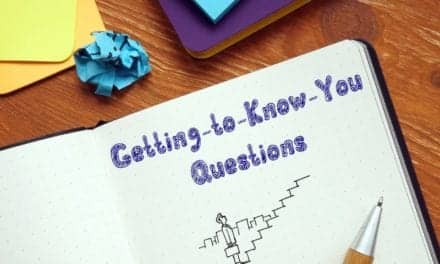 In Chrisi’s Words: Coming Together to CURE OM

I’ve Finally Found the Limit to My Vanity