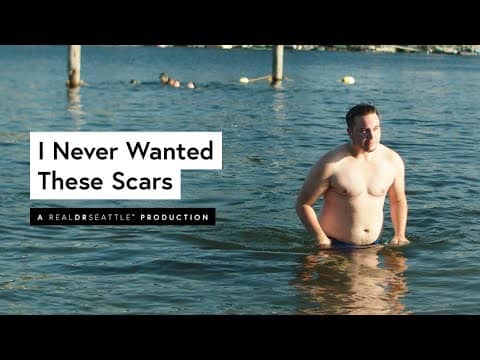 To combat this, Seattle-based plastic surgeon Javad Sajan, MD, who performs gender-affirming top surgery, hopes to tell the stories of his real patients to help end the stigma behind gender-affirmation surgery.

The first episode of Sajan’s documentary series covered a patient named Blake who undergoes gender-affirming, female-to-male top surgery with Sajan. Having thought of surgery since he was in high school, Blake finally had his consultation with Sajan in December 2019. Blake shares his hopes for surgery, his surgery, and the scars he never wanted in the first place.

In his episode, Blake discusses his experiences with binding and how top surgery will change his life, he says, “I am a really active person. I’m slinging 50-pound bags of feed, throwing hay bales around, and with binding it is strenuous. It’s really annoying to feel it, especially when it causes chaffing and discomfort. I don’t even really know what a T-shirt feels like without a binder on.”

Future episodes will follow other transgender patients as they undergo top surgery at Allure Esthetic. Each patient tells a unique story of discovering their identity, coming out, their discriminatory experiences, and their top surgery journey.

Mother, 40, Whose $19K Nose Job Left Her with a Discolored ‘Beak’ Reveals How She Used Leeches to Restore It to Normal